‘I hope he stays!’: Declan Rice urges Gareth Southgate to remain as England manager and insists he ‘LOVES playing for him’ after the Three Lions boss admitted he ‘needs time’ to decide on his future following World Cup exit

Declan Rice has urged Gareth Southgate to stay on as England manager after the 52-year-old said he needed time to decide on his future.

Southgate led the Three Lions to the quarterfinal of the World Cup where they lost to France despite a positive showing in Qatar, his third major tournament in charge of the side.

He has admitted he may step down from his role, but Rice, via The Athletic, has pleaded with his boss to stay on in charge despite England’s early exit this winter. 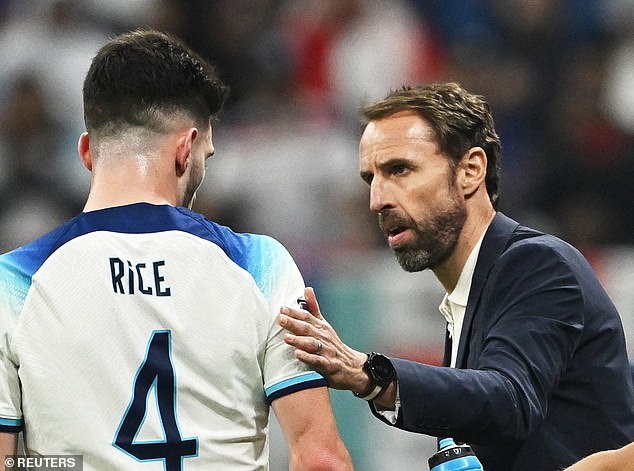 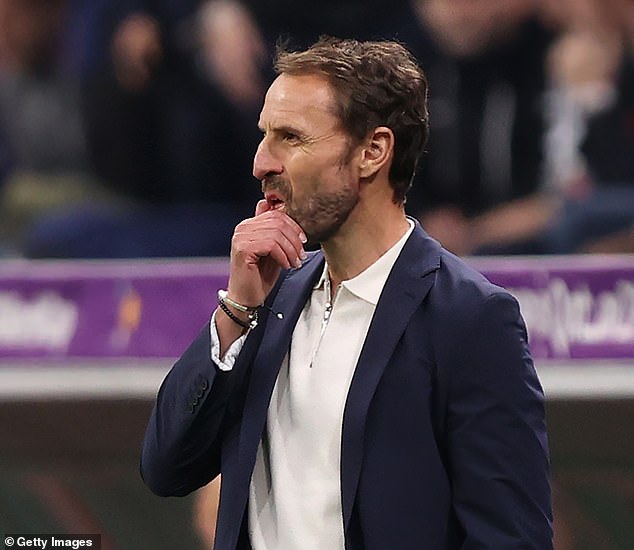 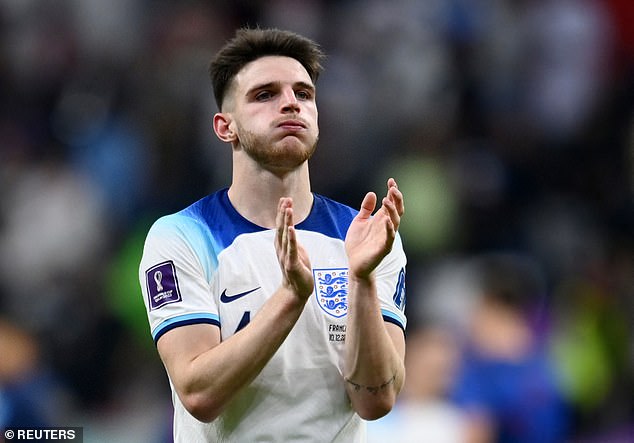 ‘He has taken us so, so far, further than people can expect’, Rice said. ‘Tonight he got everything spot on and it’s not on him.

‘The tactics were right, we played the right way, we were aggressive and we stopped [Kylian] Mbappe, who was quiet. It was two goals against the run of play and that’s not down to the manager, it’s up to us on the pitch. 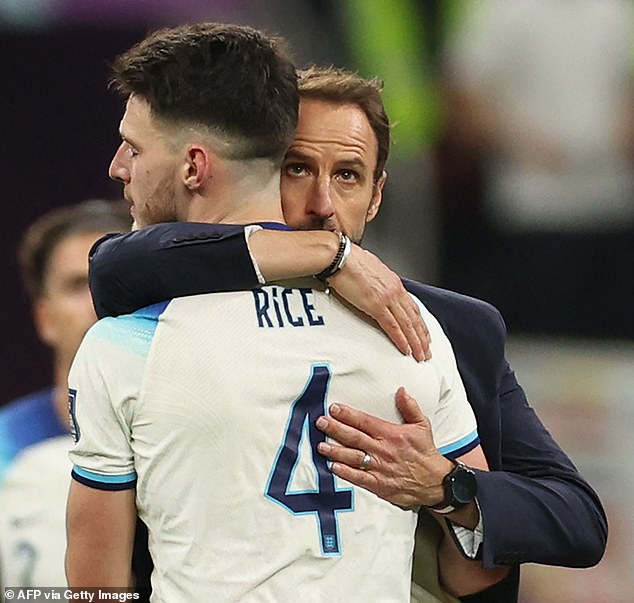 Rice started every game during England’s run in Qatar, often partnering Jude Bellingham in midfield, who Southgate got the best out of during the tournament.

At just 23 and 19, the duo seem set to star in the Three Lions midfield for many years to come.

Southgate has built a young squad in a positive environment, and is contracted until after the Euros in 2024, but could step down following Saturday’s defeat. 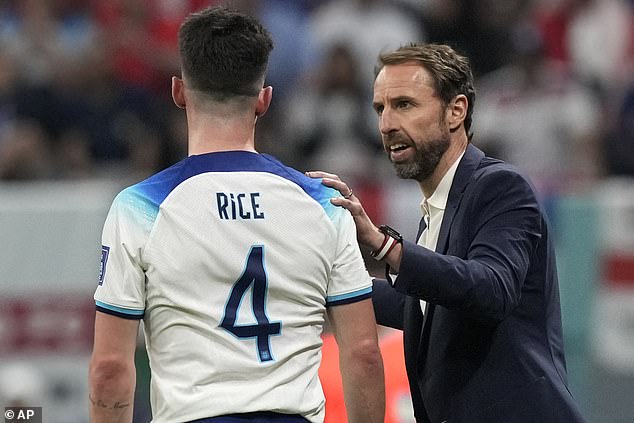 He said after the game: ‘Emotionally you go through so many different feelings. The energy that it takes to get through these tournaments is enormous.

‘I want to make the right decision, whatever that is — for the team, for England, for the FA. And I’ve got to be sure that whatever decision I make is the right one.

‘I think it’s right to take a bit of time to do that. I know in the past how my feelings have fluctuated in the immediate aftermath of tournaments.’