DEREK CHISORA faces off with Joseph Parker in Manchester tonight for another huge boxing showcase.

A packed undercard featuring Katie Taylor, Chris Eubank Jr and Campbell Hatton will warm up the PPV crowd before the heavyweight showdown. 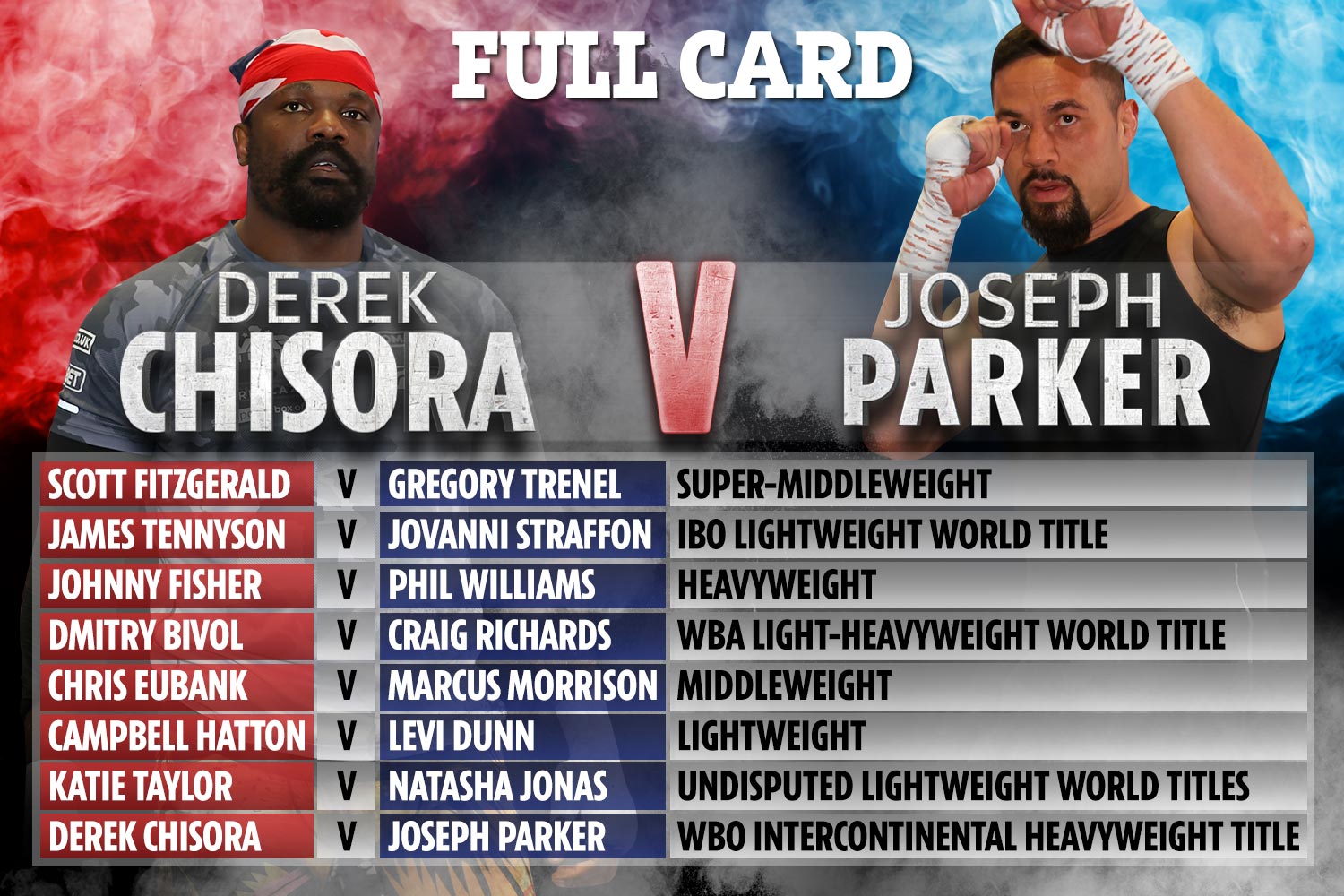 The night gets underway at 5pm as Scott Fitzgerald faces Gregory Trenel in a fight shown for free on Matchroom's YouTube channel.

The action then moves to Sky Sports Box Office and James Tennyson's match-up with Jovanni Staffron for the IBO Lightweight crown, at 6pm.

Then it is the turn of Chris Eubank Jr as he returns to the ring after an 18-month absence to face Marcus Morrison.

The 31-year-old has linked up with Roy Jones Jr in his bid to earn a fresh title shot.

Another famous name of British boxing is next to step into the ring as Campbell Hatton takes on Levi Dunn.

🥊 CHISORA VS PARKER: TV, live stream and start time info ahead of the big fight

Following his debut win in March, the youngster is expected to walk into Manchester Arena after 8pm for the four-round showdown.

Ring walk times will largely depend on how quick the undercard fights come and go with the penultimate bout eyed for a 9.45pm start.

Natasha Jonas squares up to Katie Taylor with the Irish lightweight queen protecting her unified belts.

And the showpiece fight between Chisora and Parker will round off the evening's action.

The WBO Intercontinental Heavyweight match-up is set up for a 10.30pm ring walk.

Both men are fighting for a way into the world title picture after Chisora lost to Oleksandr Usyk last year.