DILLIAN WHYTE has claimed that Alexander Povetkin did not have coronavirus after their heavyweight rematch was delayed.

The Russian dramatically downed Whyte in August with a stunning uppercut KO. 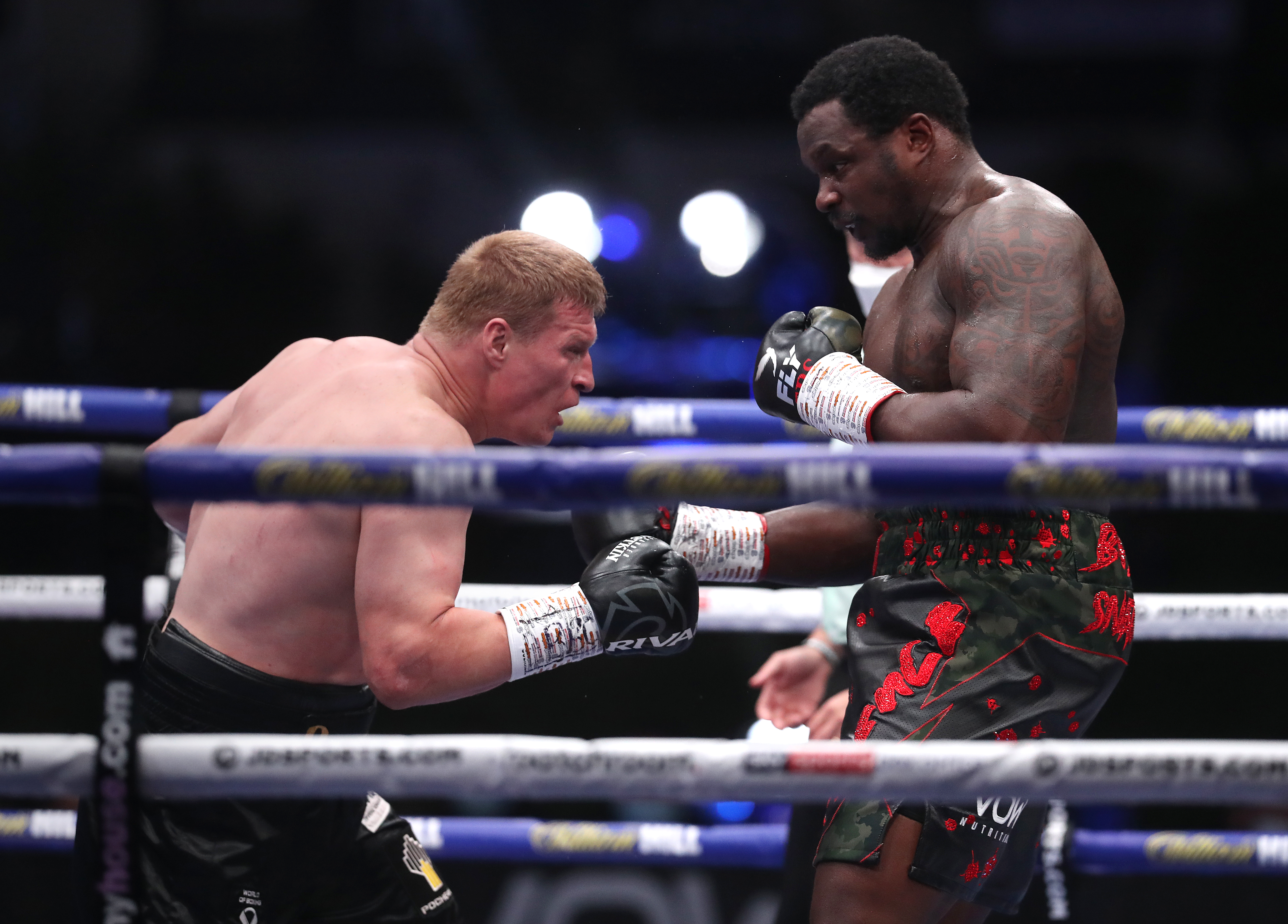 But any hopes of a 2020 rematch between the pair were ended when Povetkin, 41, was admitted to hospital in early November.

Released this week, the heavyweight's illness has been called into question by Whyte – who reckons he was simply recovering from the 'damage' of their first contest.

"I think he just needed more time to get ready, because he took a lot of damage in the first fight.

"After the first fight, he took a lot of time off.

Whyte, 32, had won his previous 11 fights before the defeat to Povektin.

Ahead of the rematch, he has insisted he is happy to 'keep improving' in the training ring.

Povetkin's promoter Andrey Ryabinskiy hit back at Whyte's comments and stated that he is willing to release official medical documents proving his man's infection.

He asserted: "There are so many different opinions. Let's not listen to opinions, but be guided by facts and make decisions.

"The facts are simple – [Alexander] got coronavirus, and we were forced to postpone the fight. This can happen to any athlete.

"He was in the hospital, we have all the documents at hand. If Eddie Hearn has any question of this kind, I am ready to submit all these documents.

"Obviously, it is more profitable for us to have a rematch with Whyte after his defeat as soon as possible."

Ryabinskiy has confirmed that Povetkin is being treated at home and may take a while to fully recover from coronavirus.

He added: "He had a rather difficult form of coronavirus, but he passed this crisis period, the doctors put him back on his feet.

"He is now feeling well, no complications have been identified.

"At the moment, his main task is to restore health and return to the necessary physical shape."

Whyte's promoter, Eddie Hearn, has told the heavyweight to remain calm in the face of the delay – unless Tyson Fury comes calling.

A preliminary date of January 30 has been set for the rematch although Povetkin's camp are as yet unwilling to rubberstamp the schedule.

Hearn told reporters last week: "I said to Dillian, 'Unless we get asked to fight Tyson Fury, you've just got to wait until January 30'."