DIRK KUYT and Johnny Heitinga became embroiled in fan violence during an under-19 clash between Ajax and Feyenoord.

The pair are both youth coaches – Kuyt at his old team Feyenoord and Heitinga at Ajax. 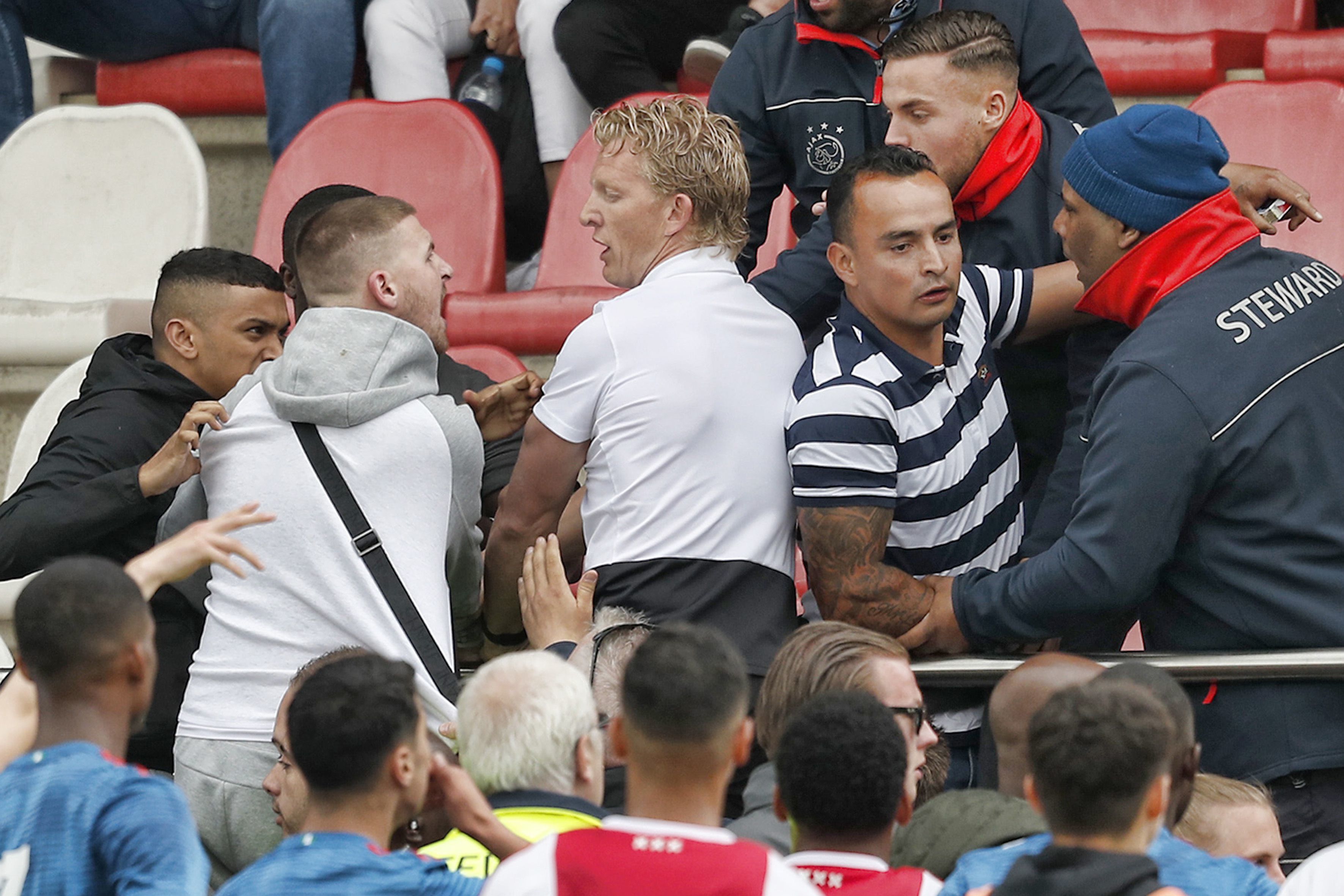 The ex-Prem pair were trying to break up the unsavoury scenes that broke out during a title decider between the two rivals.

Reports suggest Ajax supporters began to antagonise members of the Feyenoord players' families which was when things started to escalate.

Feyenoord only needed a point to clinch the title while Ajax needed to win and this led to a prickly and tension filled atmosphere before the game.

Visiting the home of their bitter rivals, the Feyenoord faithful were loudly supporting their team at the 2,250 capacity Sportpark De Toekmost stadium.

But this was met with resistance from the Ajax fans who took exception to the behaviour of their visitors.

Violent scenes erupted forcing Kuyt and Heitinga to get involved along with other players and staff.

Once spotted by the referee, he abandoned the game after just half-an-hour with the game goalless and the players were escorted back to the dressing rooms.

The two coaches were seen chatting on the way off the field with ex-Everton man Heitinga looking visibly frustrated.

There is no news at this stage on how the tie is to be decided. 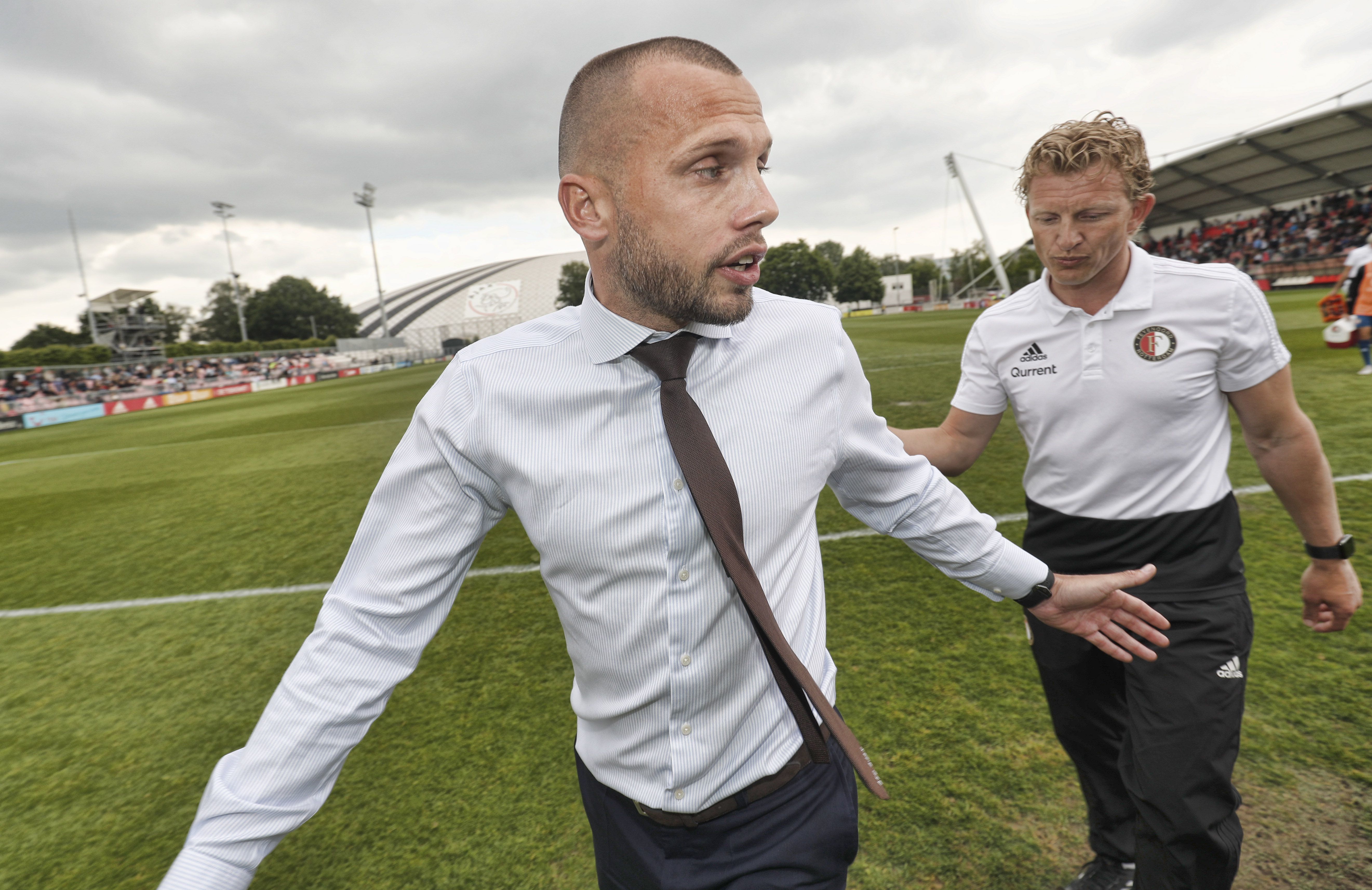 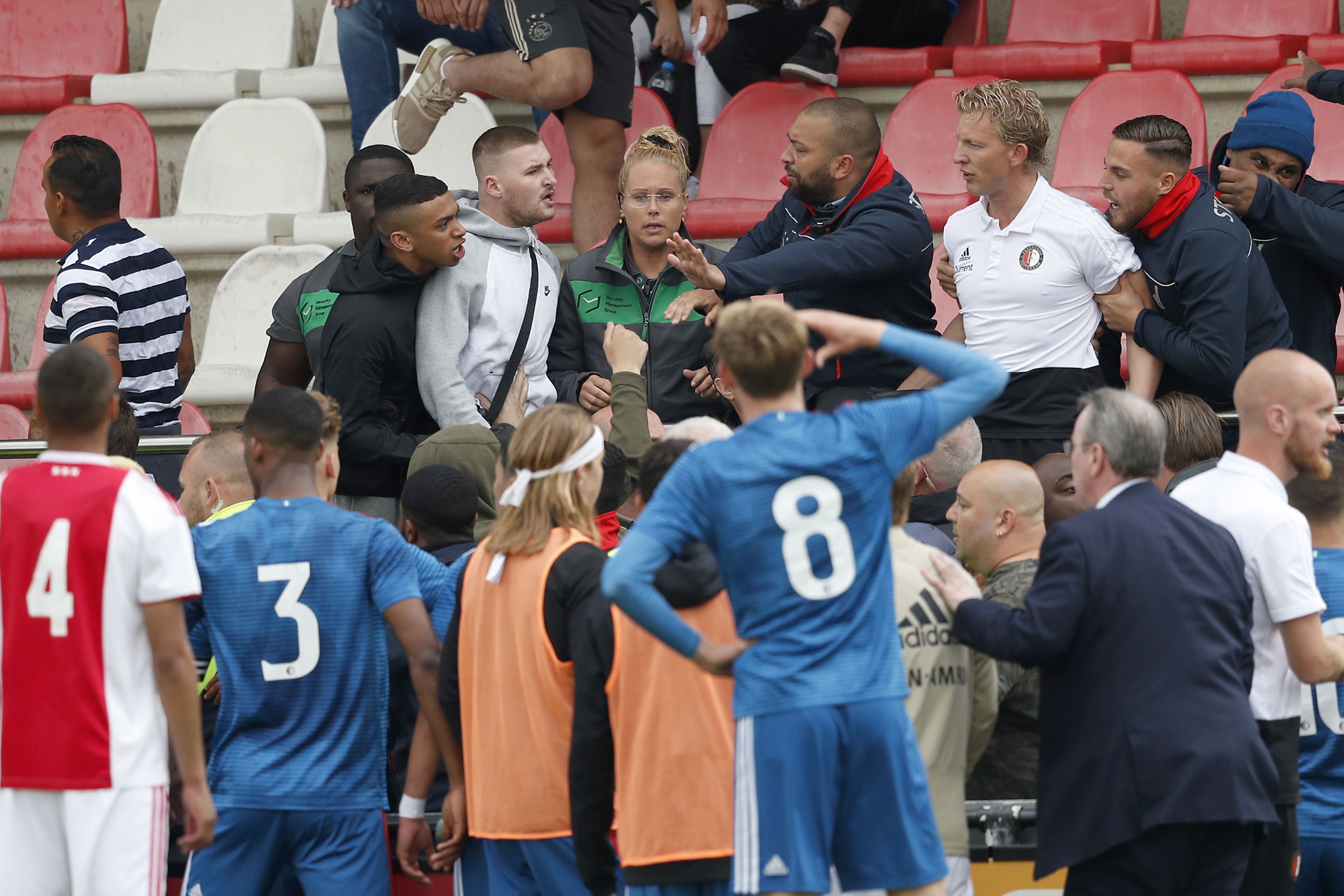 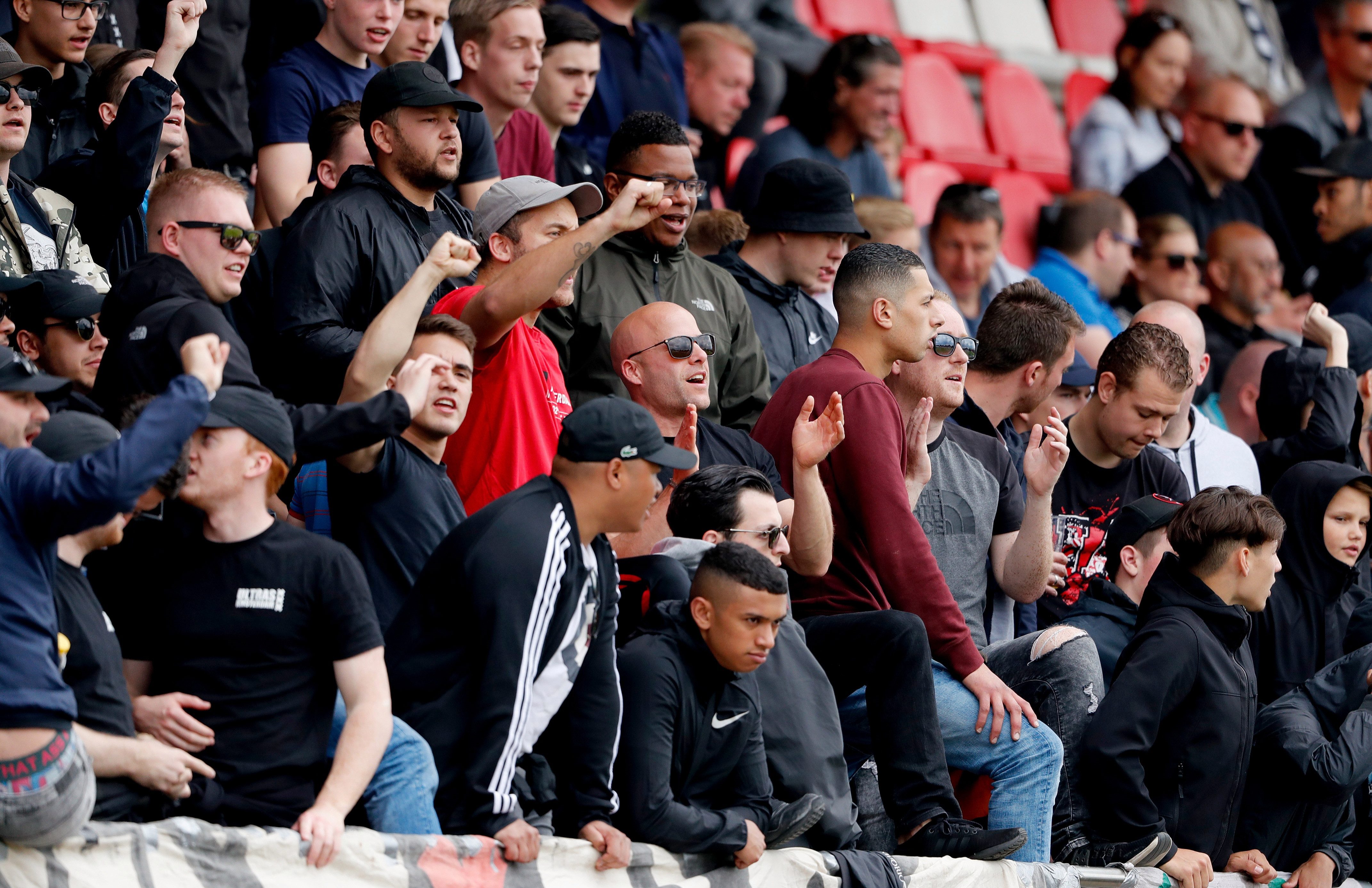