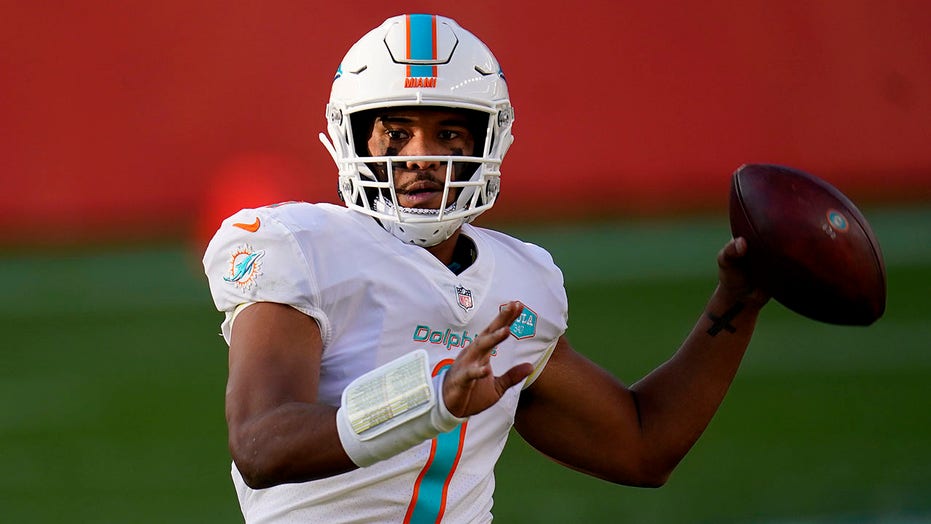 Miami Dolphins quarterback Tua Tagovailoa is off to a solid start to his NFL career, but at least one former top NFL official isn't a fan.

Former NFL general manager Mike Lombardi isn’t impressed with Tagovailoa. He believes the Dolphins rookie hasn't flashed any of the same elite skills that others have shown.

Through eight starts, Tagovailoa has led the Dolphins to six wins, and he’s thrown 10 touchdowns with only two interceptions, which is easily the best interception percentage in the league.

However, it’s clear when Cincinnati Bengals rookie Joe Burrow was healthy and on the field, and once Los Angeles Chargers rookie QB Justin Herbert made his appearance, both players have shown that they can play at a higher level than Tagovailoa.

Even Philadelphia Eagles rookie Jalen Hurts has stepped into a starting role and has shown what he is capable of.

In Week 16 against the Las Vegas Raiders, Tagovailoa was benched in favor of veteran Ryan Fitzpatrick, who led Miami to a 26-25 comeback victory with seconds remaining in the fourth quarter. Before being replaced, Tagovailoa threw for 94 yards on 22 pass attempts against one of the worst defenses in all of football.

JOHNNY MANZIEL IS MAKING A RETURN TO FOOTBALL

Lombardi broke down some of Tagovailoa's more troubling stats against the Raiders and in other games.

"He averaged 4.27 yards per attempt," Lombardi said. "The best game of his career was when he played against Arizona, he averaged 8.86. I mean he's at 6.26 (on the season). He doesn't make any plays down the field, and the last three weeks, he has been sacked nine times because he doesn't have elite quickness, or elite power to get out of the way."

Dolphins head coach Brian Flores has already made it clear that Tagovailoa will start for the team in their must-win game against the Buffalo Bills in Week 17. It will be interesting to see if Flores sticks with the rookie if he struggles, or if he will once again turn the keys over to Fitzpatrick.