DUSTIN JOHNSON won on and off the course this weekend as he celebrated his stunning Ryder Cup by kissing fiancee Paulina Gretzky.

The world No2 became just the fifth player overall, and fourth American, to win all five matches in one weekend. 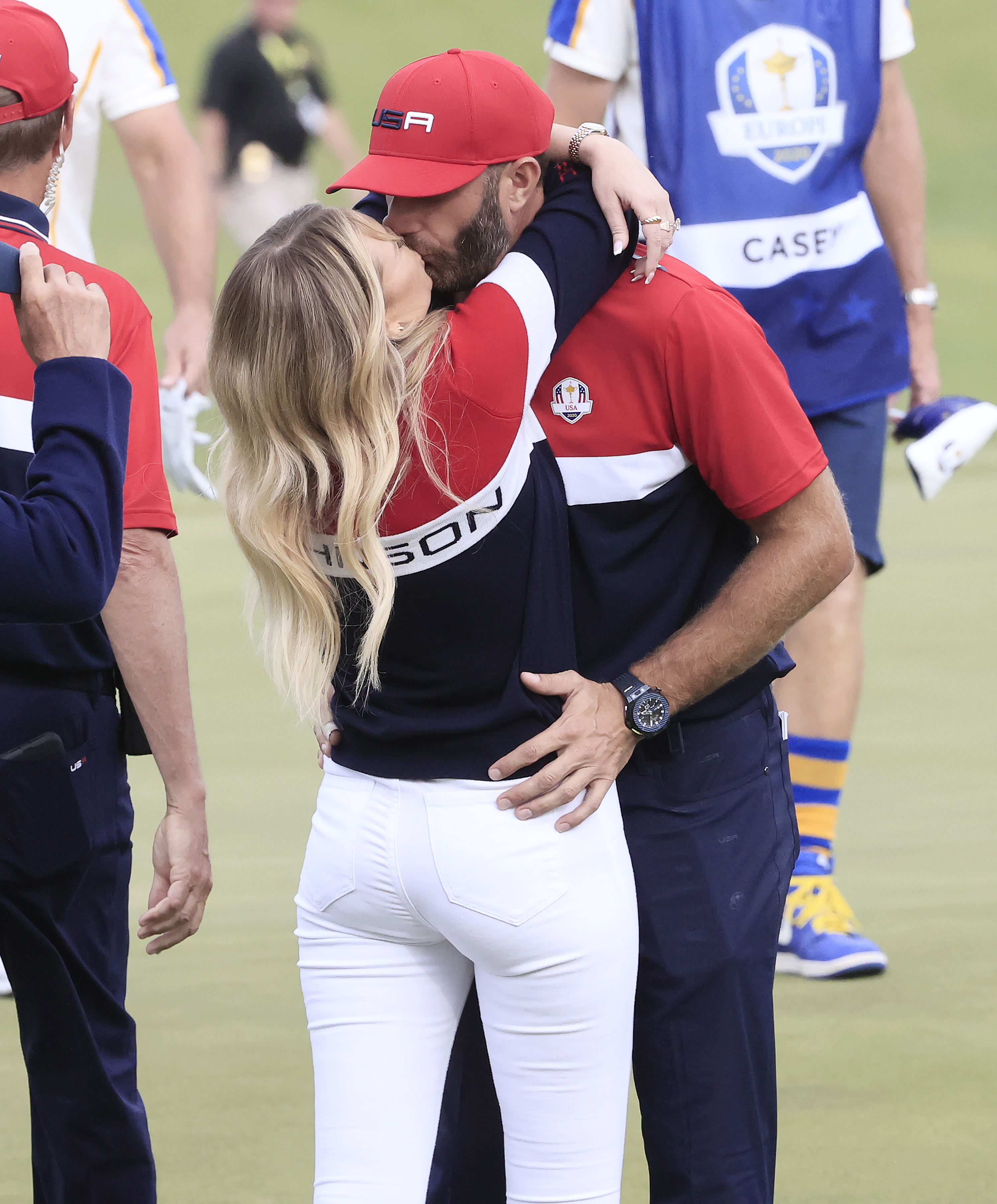 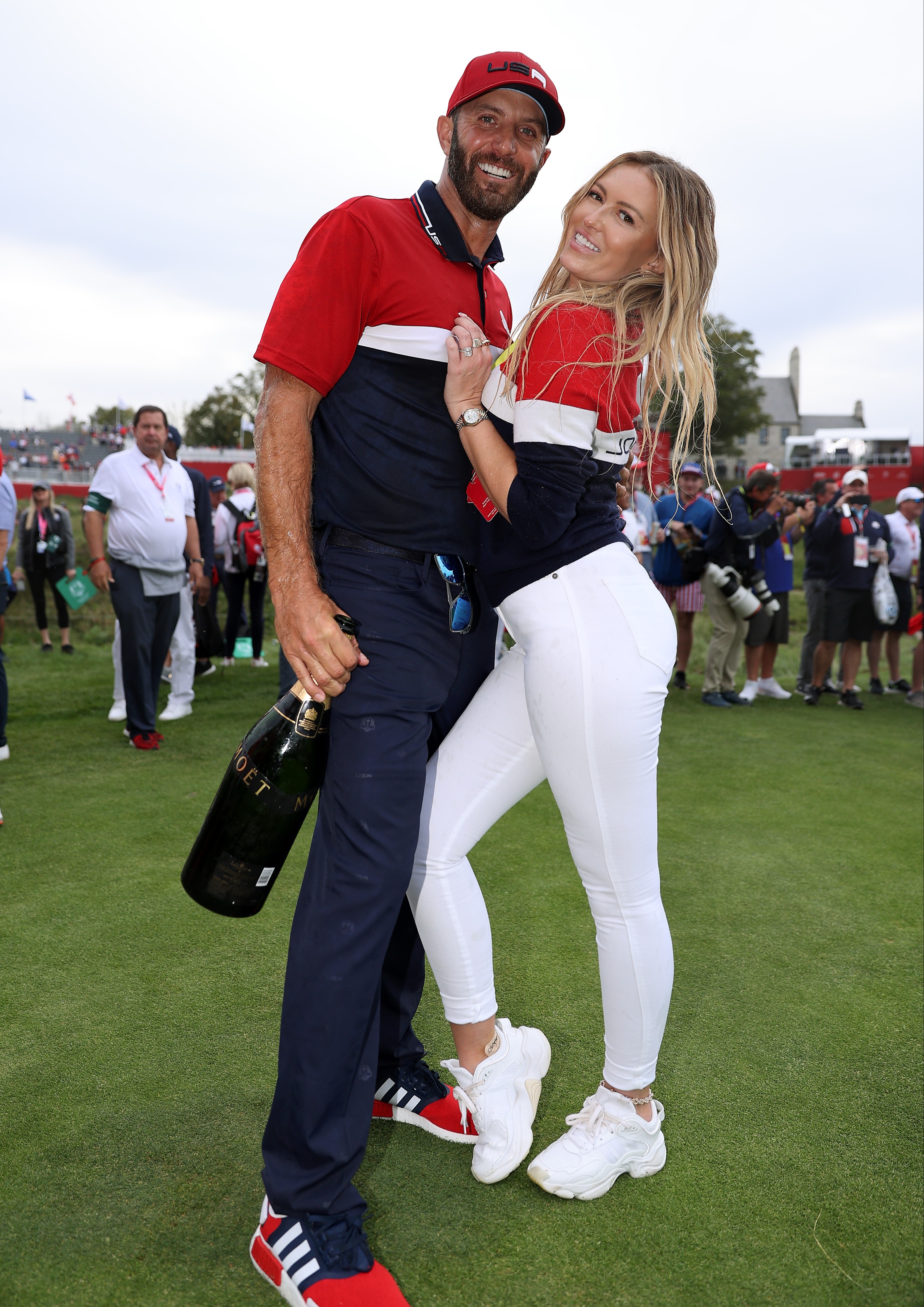 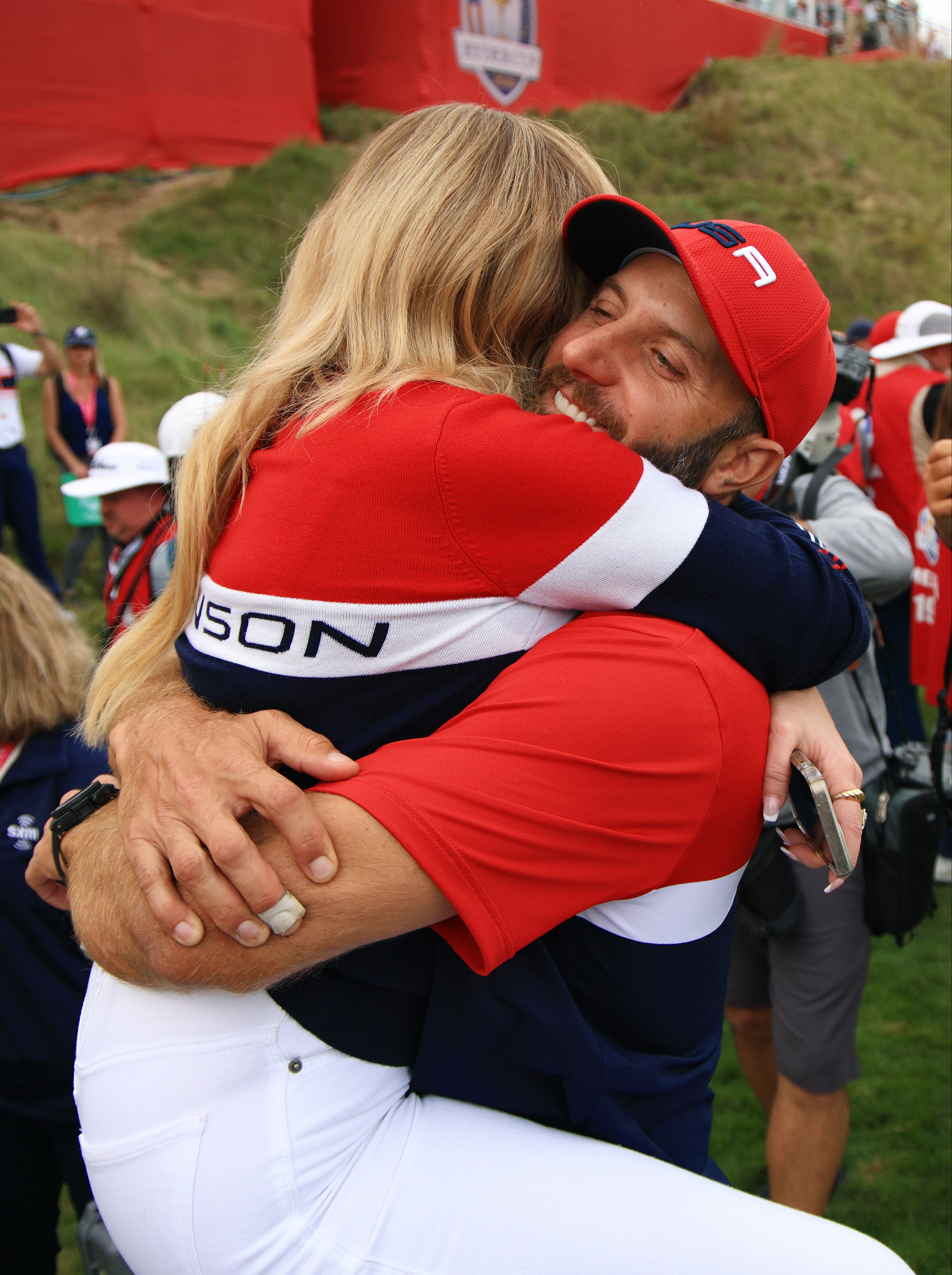 And his stunning partner Paulina was on hand in her matching 'Johnson' sweater to congratulate him on the 18th green.

Katherine Zhu took no time to run on and embrace Morikawa when the win was sealed while Bryson DeChambeau's girlfriend Sophia Bertolami showed the love for her big-hitting superstar.

Only Rory McIlroy, Ian Poulter and Lee Westwood won their singles matches for Europe meaning the Americans romped to a record-breaking 19-9 victory at Whistling Straits with Daniel Berger picking up the final point against Matt Fitzpatrick on the last.

The USA team and their partners wasted no time getting the party into full swing, enjoying drinks at the end of the 18th before the final singles matches concluded.

And Johnson – the veteran of the American Ryder Cup team aged 37 – was clearly feeling relaxed in the press conference.

Usually fairly bland behind the microphone, a couple of beers and the euphoria of winning put DJ in high spirits last night.

After shoving a mic up Morikawa's polo, he confessed there is a 'bromance' with The Open champ, who he partnered to win both of his foursomes.

Johnson said: "Yea, we got a bromance. It’s okay.

“I did not expect 5-0-0, that's for sure. But I didn't really expect to play five matches.

"Obviously, we got off to a good start and had some good partnerships there with Collin and Xander [Schauffele], so Captain just kept us rolling.

“I felt like the game was coming together. Ryder Cup is always a fun week.

"It's so much fun for us to come out and play golf like this just because we don't usually do it – and it's obviously a lot more fun when you win."

I’ll get whatever you want on my a**cheek

And asked if he and Morikawa could replicate Tommy Fleetwood and Francesco Molinari's bed-sharing celebratory video from 2018, he did not back away.

The two-time major champ laughed: "If you want me to, absolutely. I ain’t scared.”

Johnson resisted the chance to swear when he said he could 'abso… lutely' out-party the rest of the US players despite his age and then vowed to get a tattoo on his backside if captain Steve Stricker did – just like Thomas Bjorn three years ago.

"I’ll get whatever you want on my a**cheek.”

But team-mate Tony Finau quickly jumped in and quipped: "DJ will probably have to ask Paulina first." 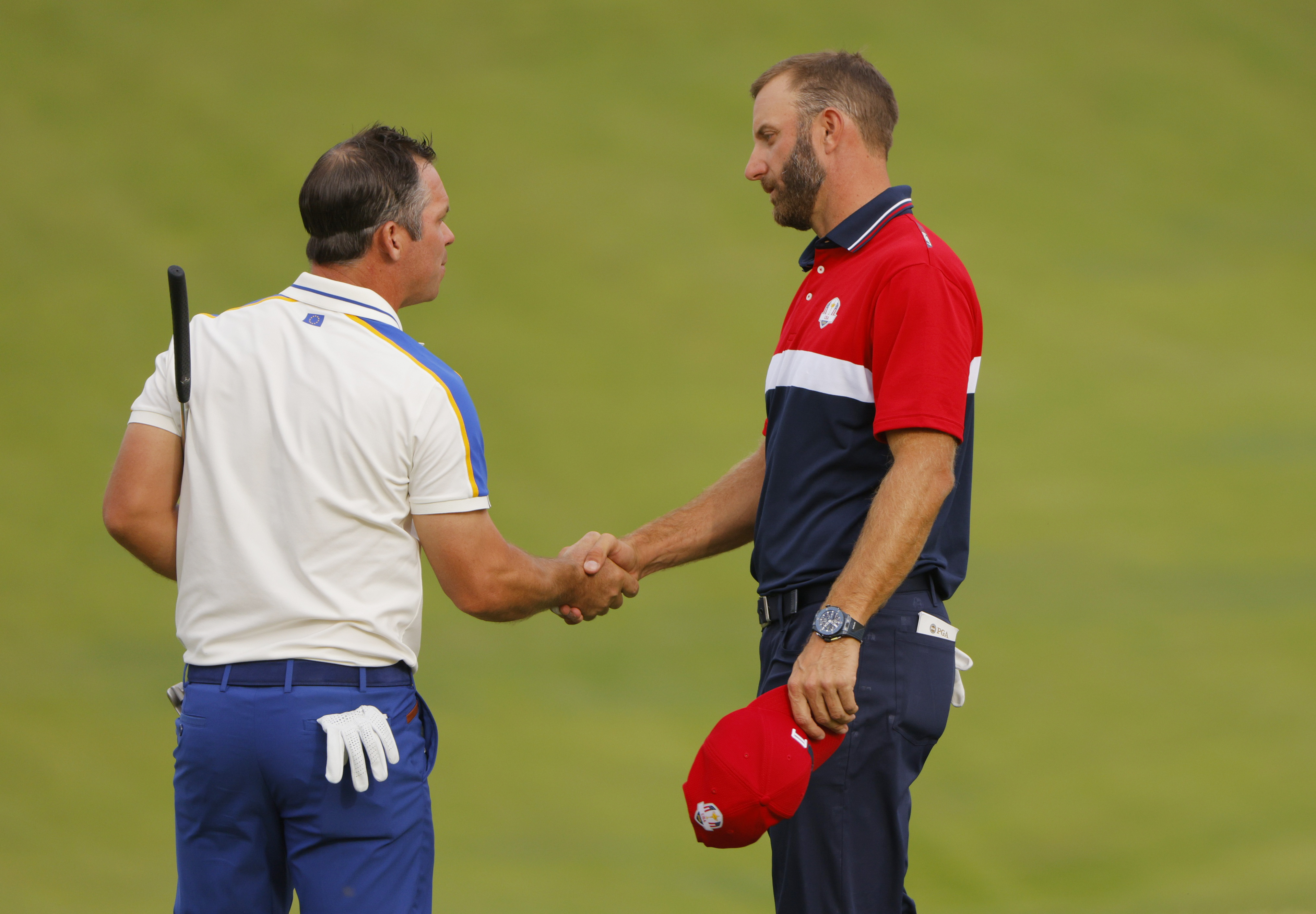 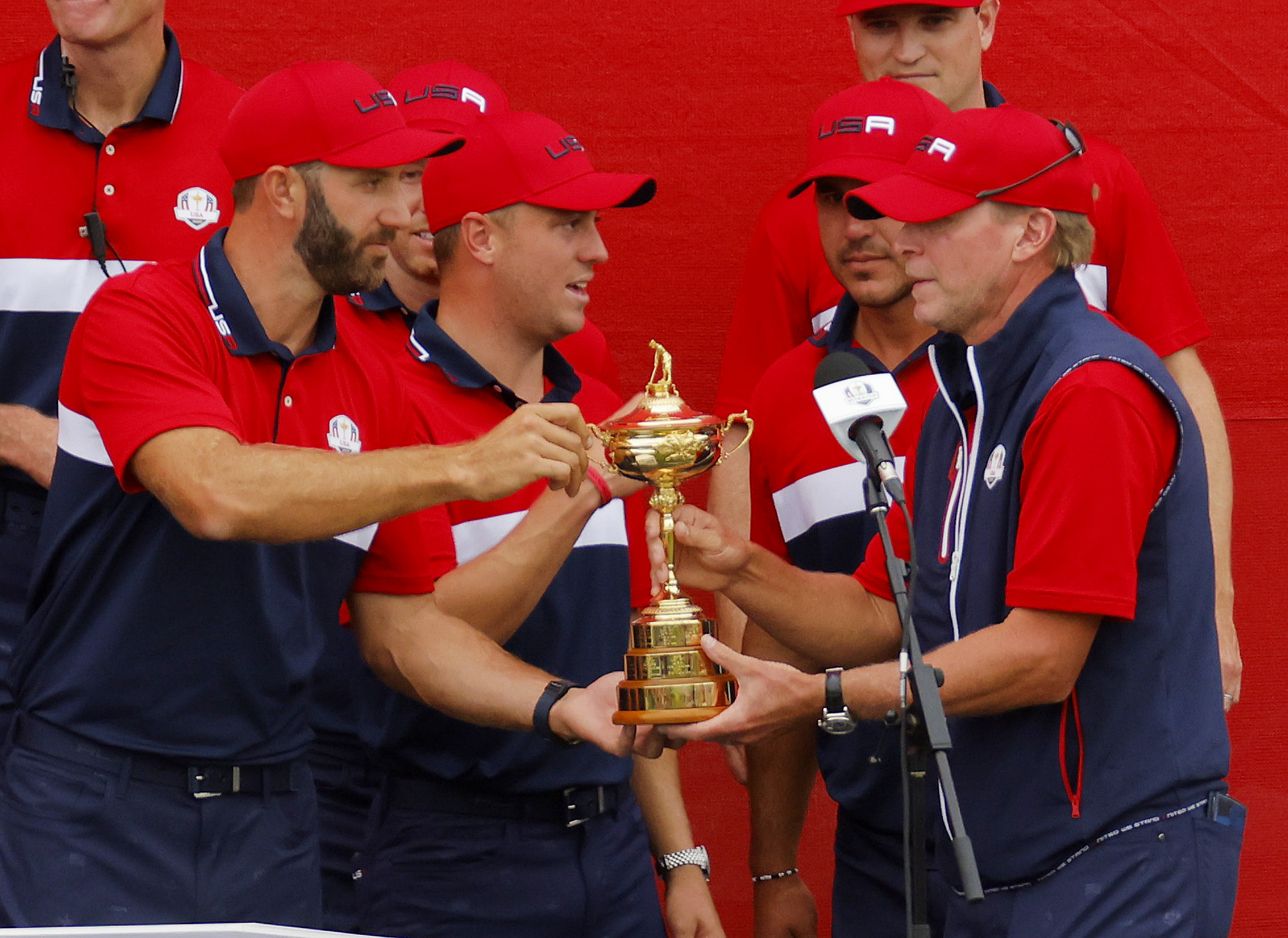 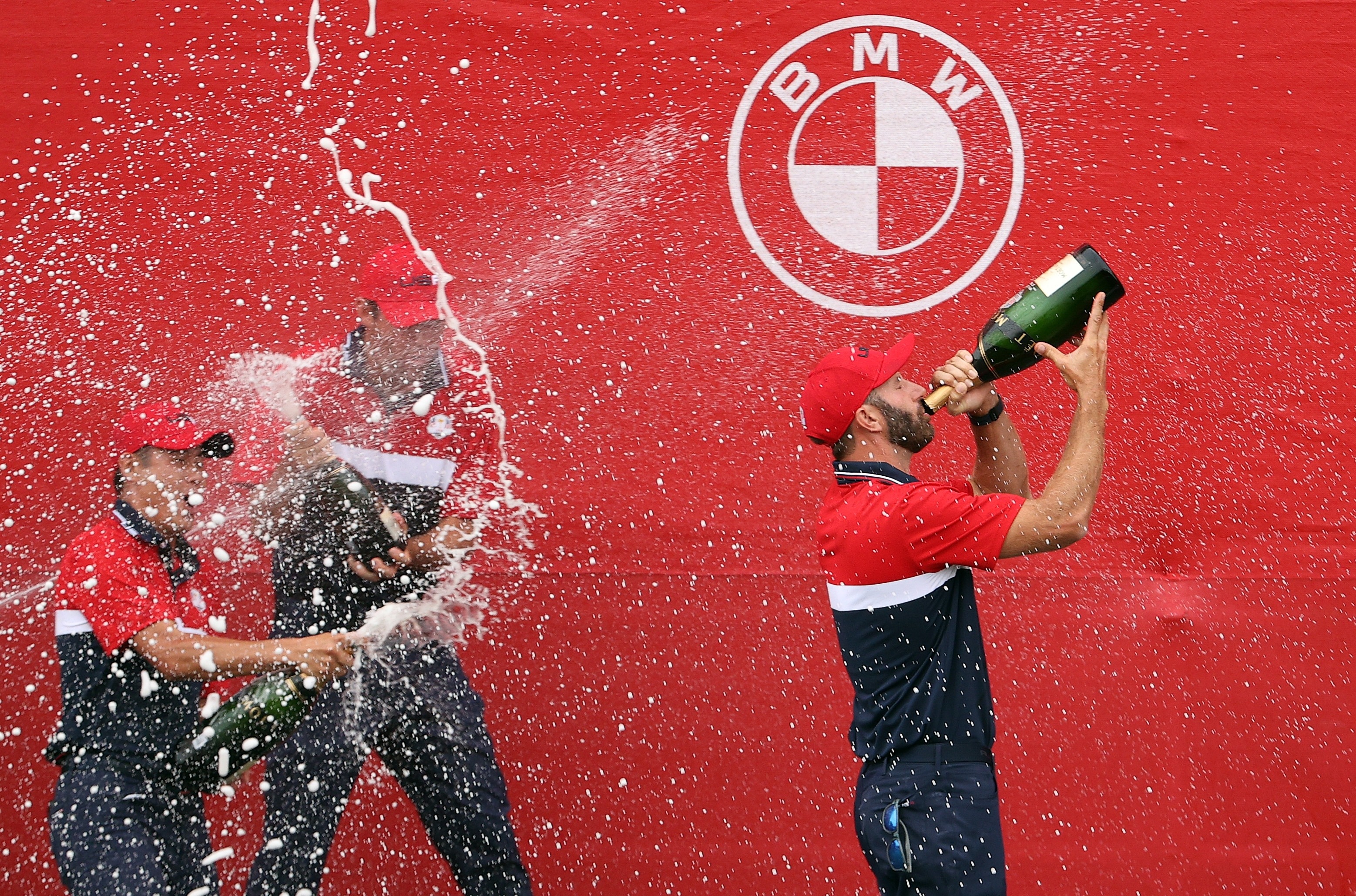 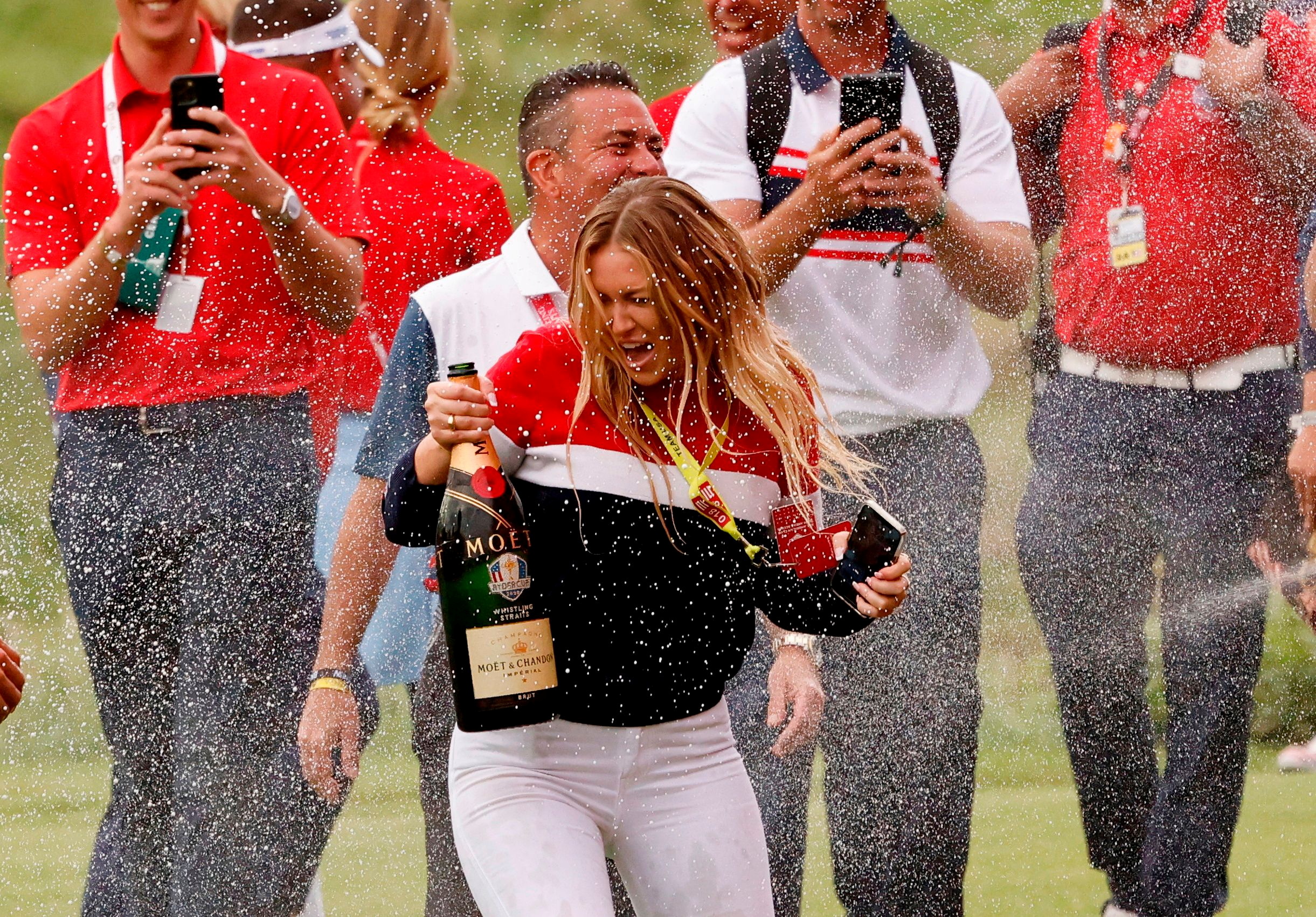