EDDIE JONES was in mischievous mood as he assessed the career of one of his shock England call-ups.

Centre Mark Atkinson is set to make his debut at Twickenham next month at the grand old age of 31. 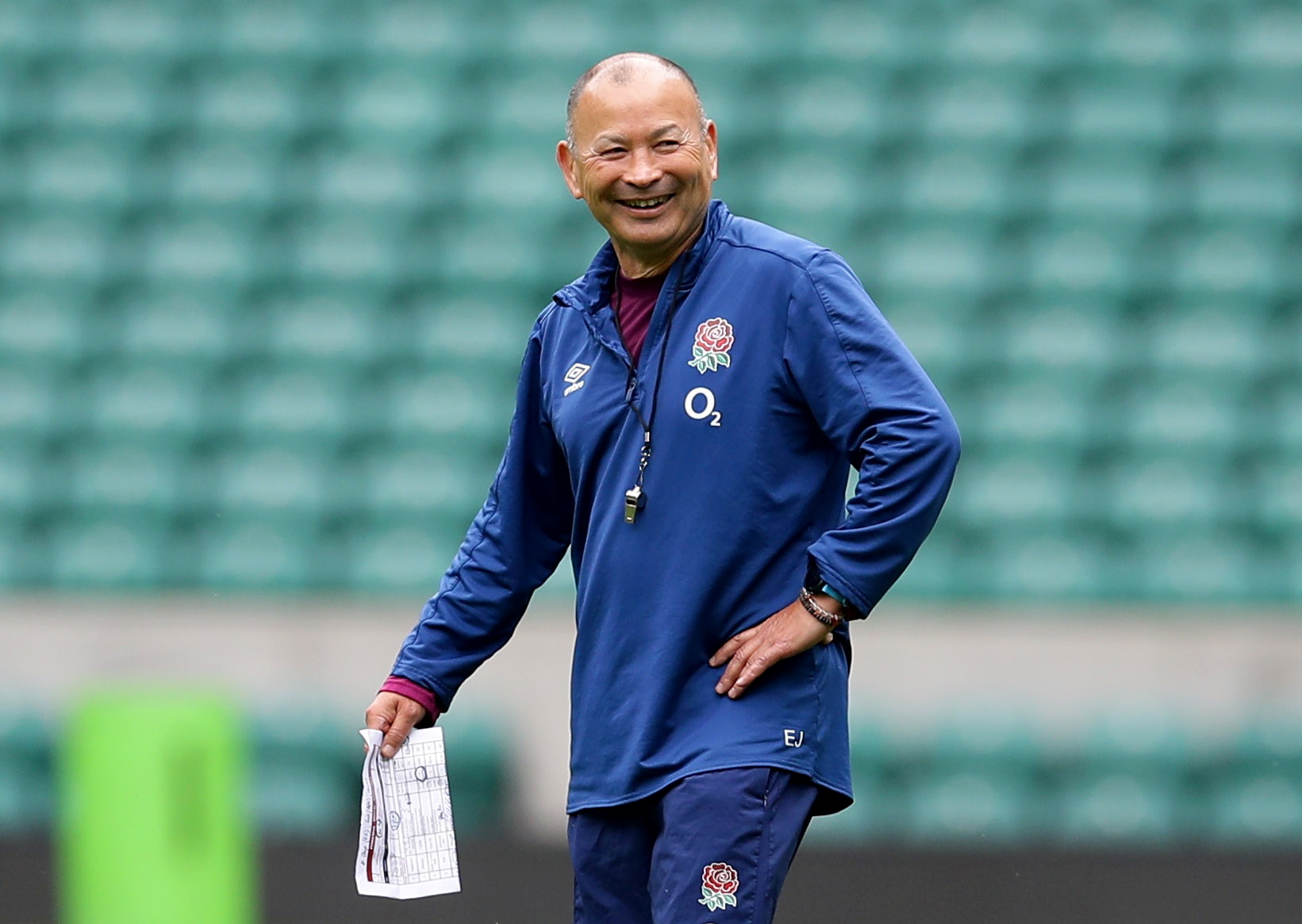 And his new Test boss couldn't resist a cheeky dig at the old-timer's rise to international rugby.

After saying that he wanted 22-year-old rising-star Marcus Smith to "be the bus driver and the conductor" in England's new era, Jones used a similar, but less-complimentary analogy for Atkinson.

Chuckling away the Aussie boss said: "He is one of those blokes. . . the bus has gone past and he’s racing after it!

"Everything is falling out of his backpack, you see them every morning.

"And he wants to get on the bus. He looks back at his career. . . and I think he says quite openly that were probably opportunities he’s missed.

"And now, he’s got the opportunity to go forward. He is a good, strong carrier, he’s got a nice passing array and he’s got a good short kicking game.

"So where he can take his career, no one knows.

"I am sure he’s going to do everything he can to find out, and we are delighted to give him the opportunity to.”

Atkinson faces a huge fight to start against Tonga, Australia and South Africa next month.

Premiership winner and Lions tourist Smith's presence means skipper Owen Farrell will have to make do with playing at inside centre.

And the other guy battling out for the no.12 shirt is Manu Tuilgi.

Jones added: "There’s Atkinson and Owen in the squad, mate. . . and Manu.

"We have got three there, nice options, all different options.

"Owen can be a strong running player but has a strong kicking game and a good passing game.

"Atkinson takes the ball to the line, plays through the line a bit more, whereas Manu is more of a gainliner.

"So we have got three options there and we’ll just have to work out who the best option is for each game.”