EDINSON CAVANI got away with a throat grab on Yerry Mina — then  throttled the Toffees.

The Uruguayan striker escaped a red card after grabbing Everton’s Colombian defender Yerry Mina by the throat, and throwing him to the ground in an off the ball tussle. 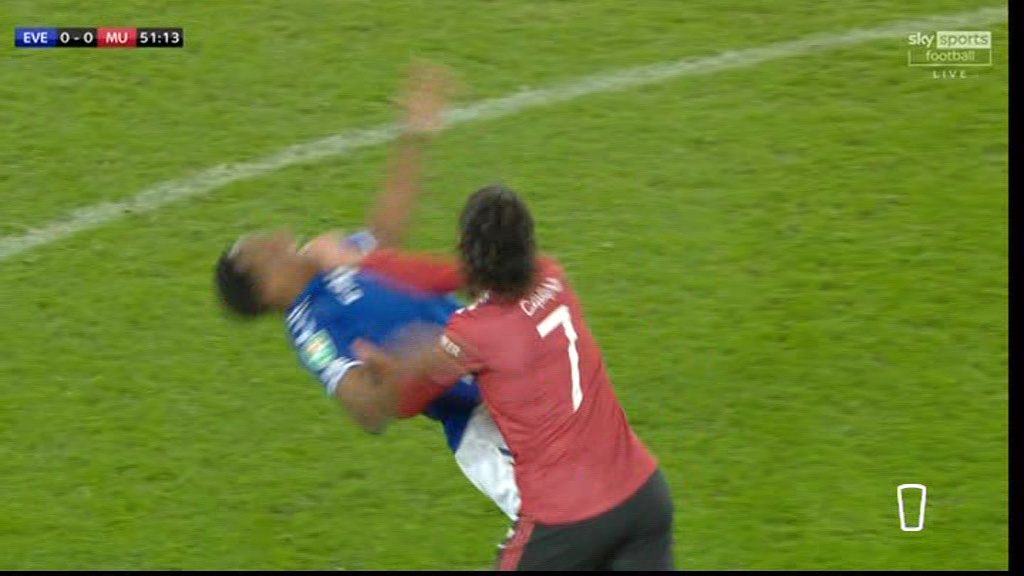 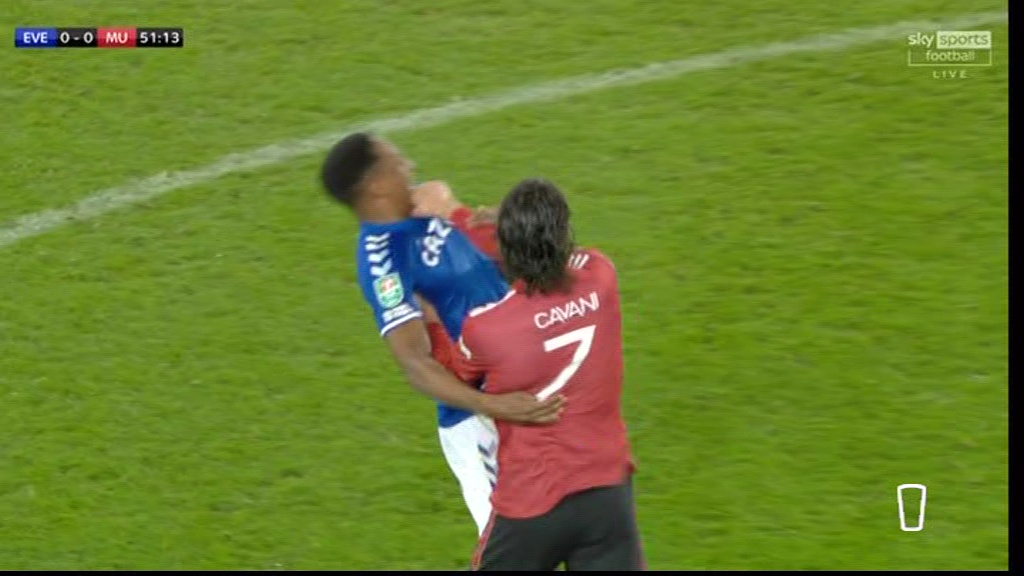 Referee Andy Madley took no action over that incident – and there was NO VAR review as the system will not be used in the Carabao Cup until the semis.

Cavani took advantage of his escape with a thunderous left-footed strike to put United ahead after 88 minutes.

And substitute Anthony Martial added a stoppage time second, after Everton left themselves hopelessly exposed at the back by throwing men forward in search of an equaliser.

United manager Ole Gunnar Solksjaer bristled when he was asked whether Cavani should have been sent off.

He replied: “No they are two South Americans that have had battles before, not long ago.

"I think they met in the Copa America qualifiers.

“So no, I don’t think so. It was a proper game of football, tackles, yellow cards. I enjoyed it.

“Cavani is a top striker. His movement, his quality – and of course his left foot strike was excellent.

"It is supposed to be his weaker foot, but we have seen him hit many of those in training.”

Everton boss Carlo Ancelotti said he had not witnessed the incident, and that it had not been a big talking point in the Toffees dressing room after the game.

He commented: “There is no VAR for this game and the referee decided that Cavani did nothing wrong. So we have to accept it – full stop.”

Solksjaer said the showdown with City is a must-win game for his side after losing three semi-finals last year – including a Carabao Cup defeat to Manchester City at the same stage of the competition.

They also suffered last four defeats to Chelsea in the FA Cup, and to Sevilla in the Europa league.

Solksjaer added: “I’ve just seen that we drew City again, after we played them in the semis last year. Very interesting!

“We lost three semi-finals last year, and that is a step not far enough for this club, so we want to do better this year.

"We have a big squad, and every win boots our morale and self-belief.”