Eoin Morgan has eased worries over Jos Buttler’s fitness after he did not keep wicket in Saturday’s 106-run win over Bangladesh in Cardiff.

Buttler tweaked his hip while scoring a swashbuckling 64 from 44 deliveries as England amassed their highest World Cup score of 386-6.

“No serious concern with Jos at the moment,” Morgan said at the post-match presentation after England bounced back from Monday’s defeat to Pakistan.

“He didn’t keep just as a precaution after feeling his hip but that will be monitored over the next 48 hours,” added Morgan, whose side are next in action against West Indies at The Ageas Bowl on Friday.

Buttler came to the crease above Morgan against Bangladesh, with England having reached 235-2 in the 35th over, principally due to Jason Roy (153). Buttler proceeded to smash four sixes and two fours in his 19th ODI fifty, five days after he had scored his ninth century in the format, against Pakistan.

“He is just extraordinary and I love the way England are using him now,” Sky Sports Cricket expert Rob Key said of Buttler.

“Sometimes when you have a hitter like that you think: ‘We want to make sure he is there at the end’ and bring him in with 15 overs to go.

“But, for me, you are looking at around the 25, 26-over mark. That is Buttler time, when he is going to come on and do something extraordinary. 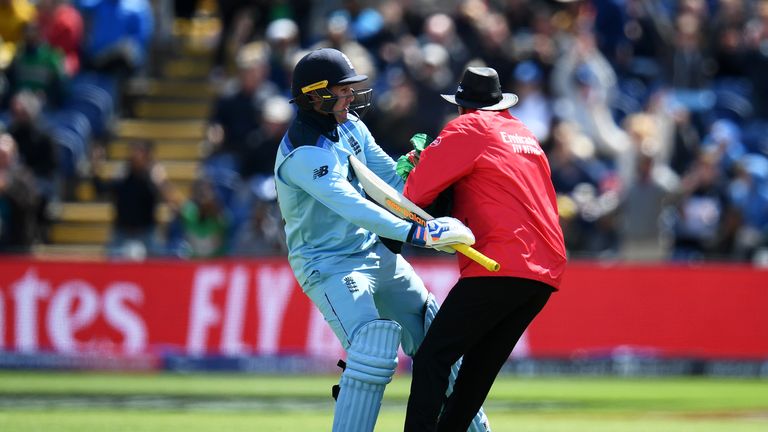 “I feel it’s derogatory sometimes calling him a freak but that’s what he is with the way he can time the ball.”

“It was more like England,” said Hussain. “I thought they overdid the short ball against Pakistan but were much better here. The surprise short ball works more than the complete bumper barrage ball after ball. 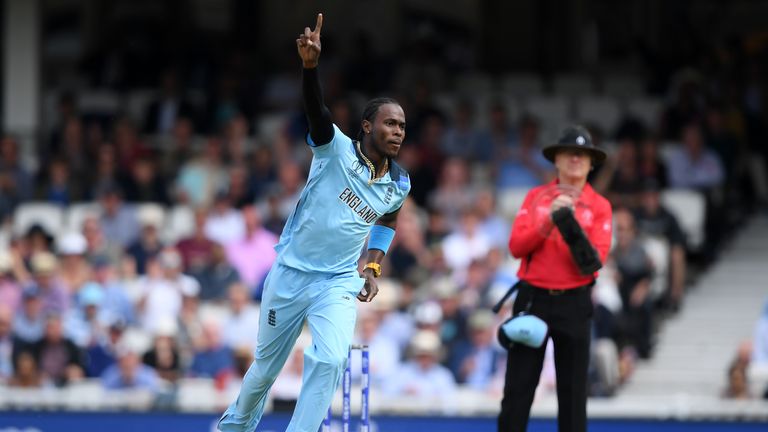 “You have to be careful in this tournament. It’s easy to watch other sides bowl and think: ‘That’s the way we are going to do it’.

“England should be setting the example, they are the No 1 side in the world. Watch others but don’t necessarily copy them.