Gareth Southgate's side are through to their first major tournament final for 55 years when they face Italy on Sunday. 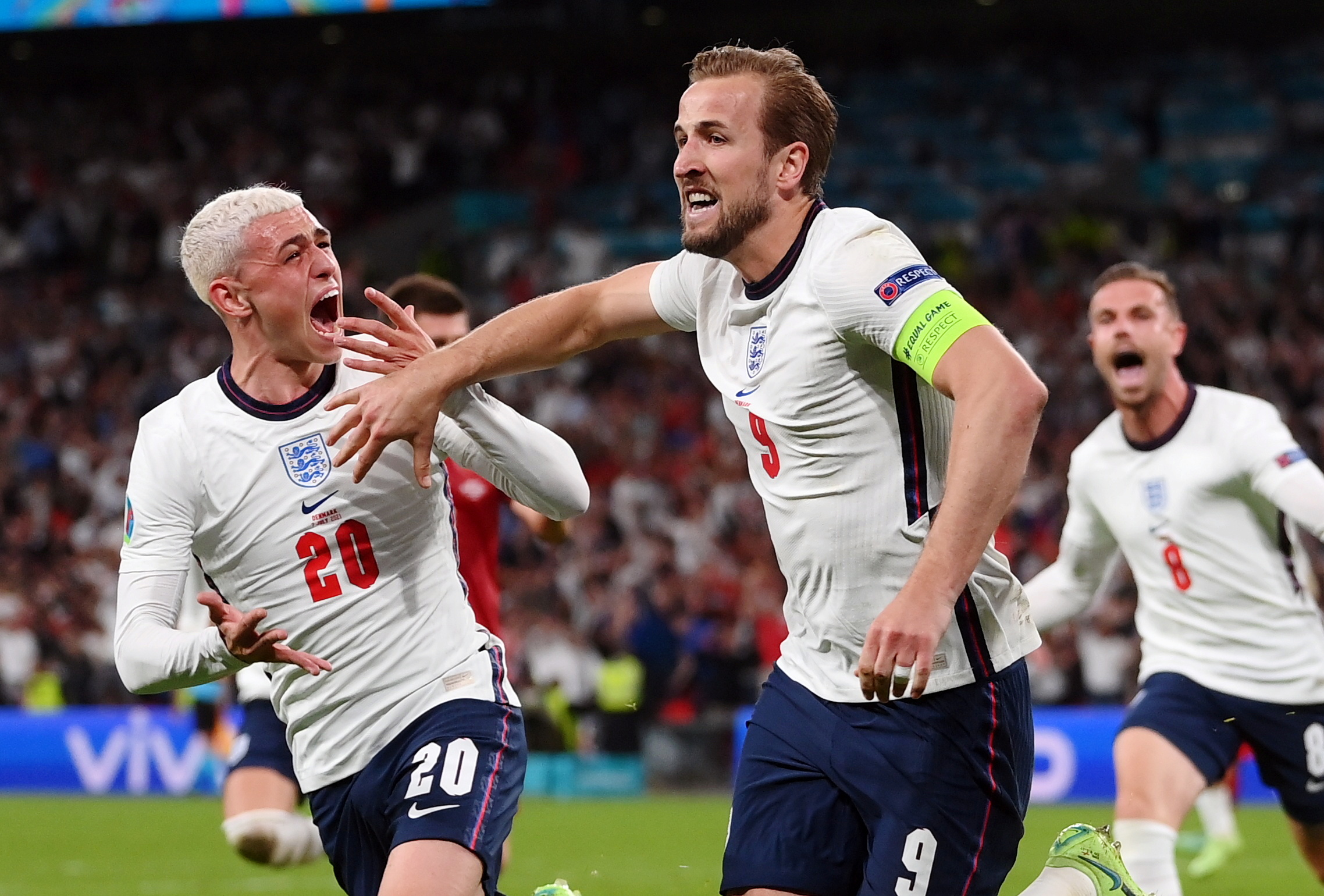 And judging by his reaction against the Danes, Foden will be doing all he can to convince the boss to start him.

The Manchester City youngster sprinted after Kane after the captain had tucked home a rebound after seeing his penalty saved.

You could see the passion and delight etched all over Foden's face as the reaction sunk in at what the lads were about to do.

Another Three Lions fan posted: "Surely Foden’s celebration of Kane’s goal has to be the best ever goal celebration assist of all time."

Matthew Connell wrote how he had 'felt that', while Jonny Davies called his celebration 'everything' and even called for the 21-year-old to be knighted.

Chris Ballard was impressed to see Foden 'sprint like Usain Bolt' to get to Kane to celebrate.

Meanwhile Luke Godleman is dreaming of 'Foden scoring the winner in the final and recreating that Gazza celebration'.

That of course is how the legendary former England star laid on his back and his team-mates simulated the 'dentist's chair' after his worldie against Scotland at Euro 1996.

Foden was brought off the bench to replace Mason Mount in the fifth minute of extra-time.

The youngster has found himself out of the starting XI for the latter stages of the tournament despite starting England's Group D openers against Croatia and Scotland.

But alongside Aston Villa star Jack Grealish, Southgate has much creativity at his disposal should he require it.