JACK LEACH was branded a “laughing stock” in a shock rap by Kevin Pietersen.

England legend KP says Leach is becoming a joke figure rather than doing his job as the main spin bowler. 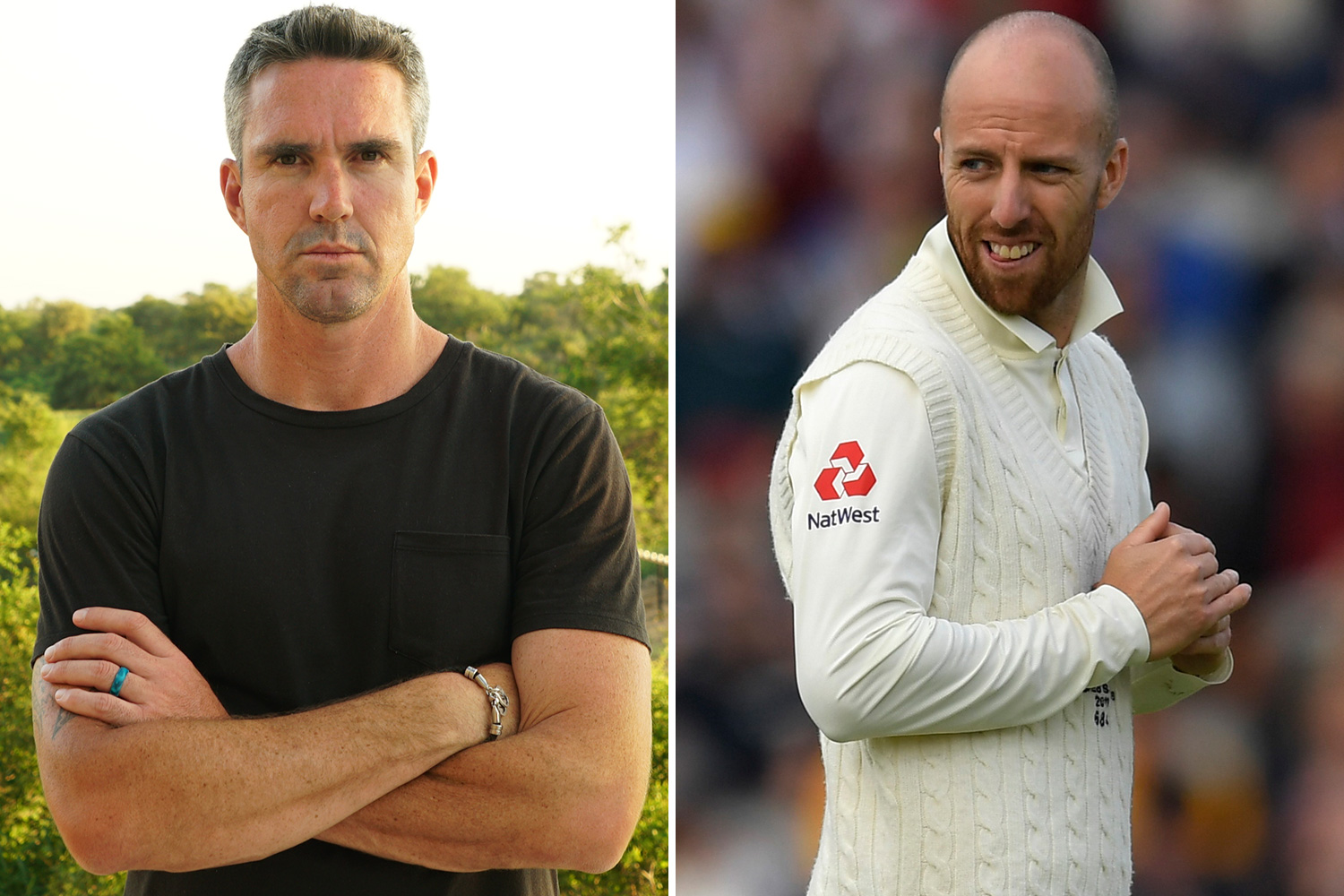 The Somerset star became a cult hero after scoring one run during the match-winning last-wicket stand with Ben Stokes at Leeds.

But Pietersen said: “It’s doing my head in that a bloke who’s supposed to win games for England is becoming a laughing stock.

“You’ve got people in the stands taking the mickey out of him, wearing masks and fake glasses. Commentators are talking about his Specsavers deal.

“England are losing an Ashes series and he’s only taken eight wickets at 30 in three Test matches.

Some people suggested Leach milked his part in the Stokes partnership with his later re-enactment in the middle.

Pietersen, writing for Betway, added: “Now I’m not saying that you don’t do these things.

“It can be good for team spirit to have a bit of fun. But, from my side, I want to win. I don’t want to see the crowd talking about how funny he is.

“I want to see him  winning matches for England with his bowling.”

Pietersen also questioned if his former Surrey team-mate Jason Roy will make it as a Test batsman.

KP said: “I’m not saying he can’t get there. I think he’s an amazing player. But he needs to sort out his technique  — it isn’t good enough for Test cricket.”

England named an unchanged squad for the Fifth Test at The Oval starting on Thursday.

But the likes of Jonny Bairstow and Jos Buttler are among the World Cup stars playing for their Test places as England plan for this winter’s tours to New Zealand, South Africa and Sri Lanka.