ENGLAND reverted to three at the back and were 5-0 up by half-time as they breezed past minnows Albania at Wembley.

Boss Gareth Southgate did away with the 4-3-3 experiment that proved so unfruitful against Hungary last time out. 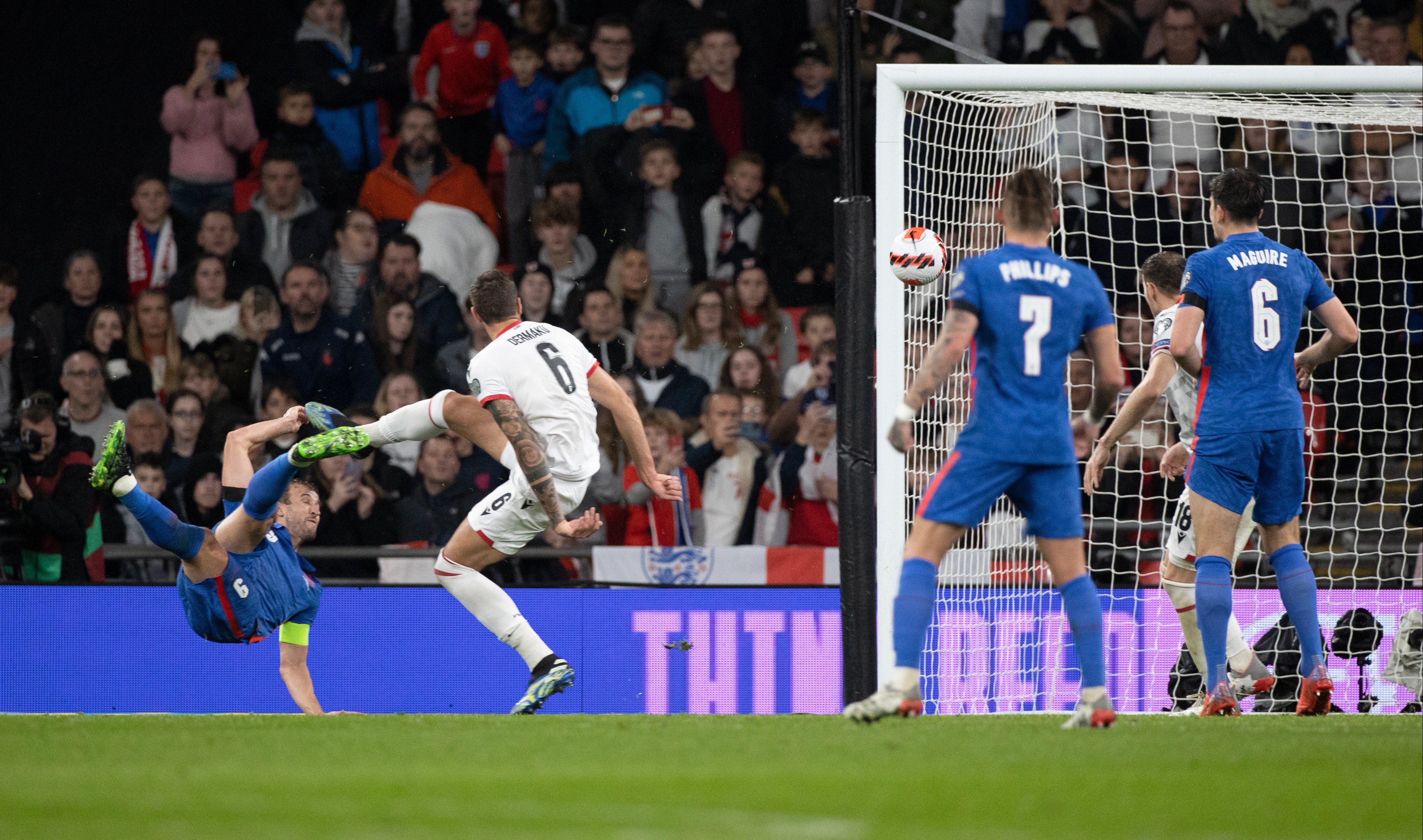 And with it he somehow unleashed the Three Lions’ attacking potential, in particular breathing new life into a stuttering Harry Kane.

Albania failed to put up anything close to a fight and any performance has to be seen in that context.

But here SunSport runs the rule over the men who brought vindication for Southgate’s favoured formation.

Stifled one early scare as Kyle Walker’s meek backpass was intercepted by Albania’s Myrto Uzuni. Got down to his left to make a solid stop.

Undercooked the backpass to put Pickford under pressure. Marked down because of it on a night when his Three Lions team-mates were almost flawless.

Was rarely troubled in the middle of the back three. Took a nasty knock to the head when colliding with team-mate Reece James but managed to play out the full 90.

Ran through unmarked at the back post to head home England’s opener. Enjoyed himself with the celebration as he stuck his fingers in his ears to goad his Manchester United critics. 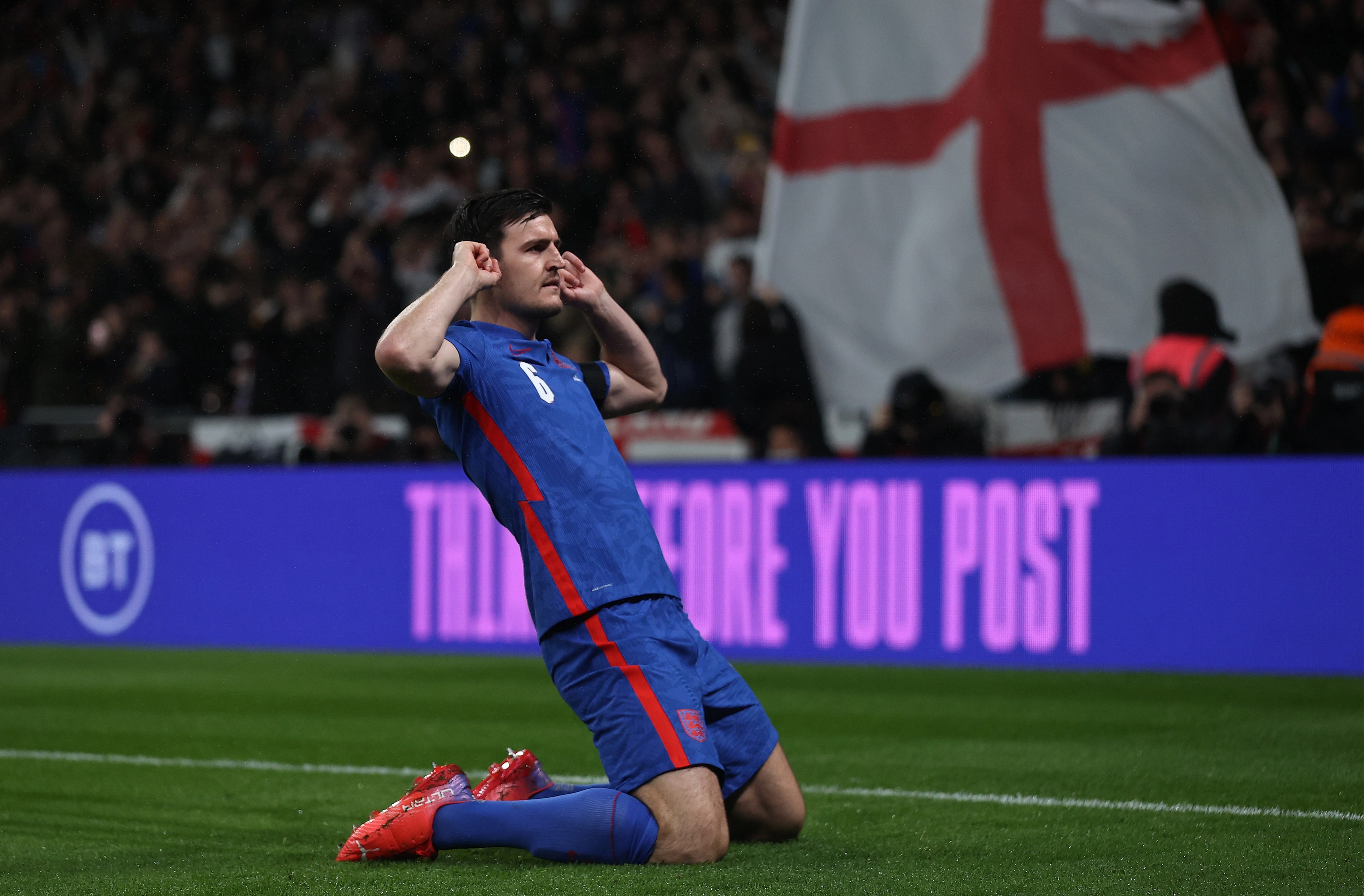 Given the nod as first choice among England’s embarrassment of right-back riches. Full of his usual bustling energy and purposeful running before the nasty clash of heads with Stones.

In for the injured Declan Rice and made the most of it. Lofted the ball for Kane’s first before combining with the skipper for his own classy finish when the game wasn’t even half an hour old.

Back to anchor the midfield as the boss reverted to his preferred 3-5-2 formation. Played with all his customary energy and determined tackling before making way for youngster Jude Bellingham. 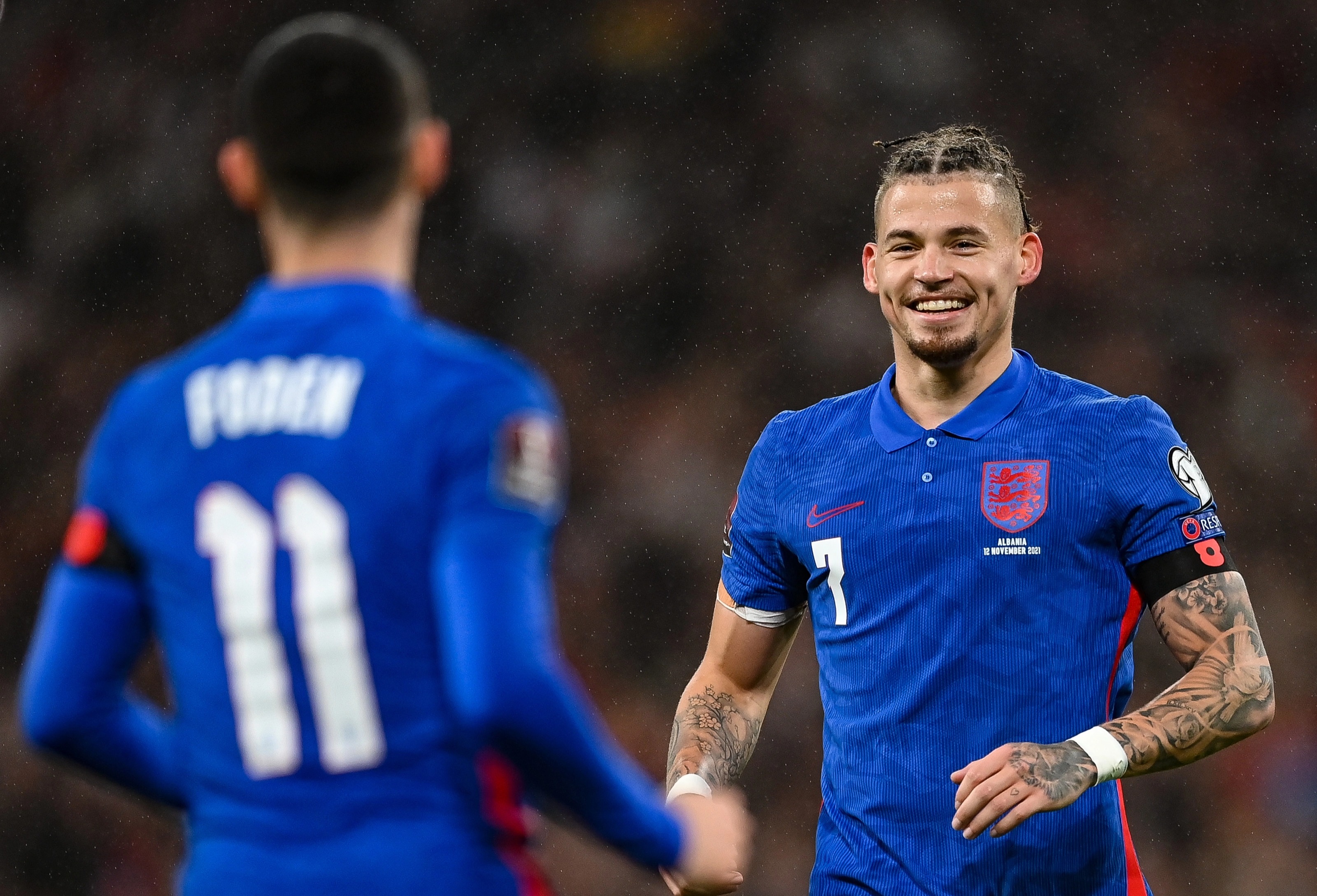 Given his chance to start with Luke Shaw recovering from a concussion. No stand-out moments but a solid performance linking up with Sterling on the left.

The intelligence and touch with which he plays the game is a treat to watch. Was the spark for a hatful of early England chances – in particular Kane’s header and Henderson’s silky effort.

For a night he put the woes of life at Tottenham behind him. The skipper bagged a perfect first-half hat-trick – left-foot, right-foot, header. Played as if in the shop window for January. 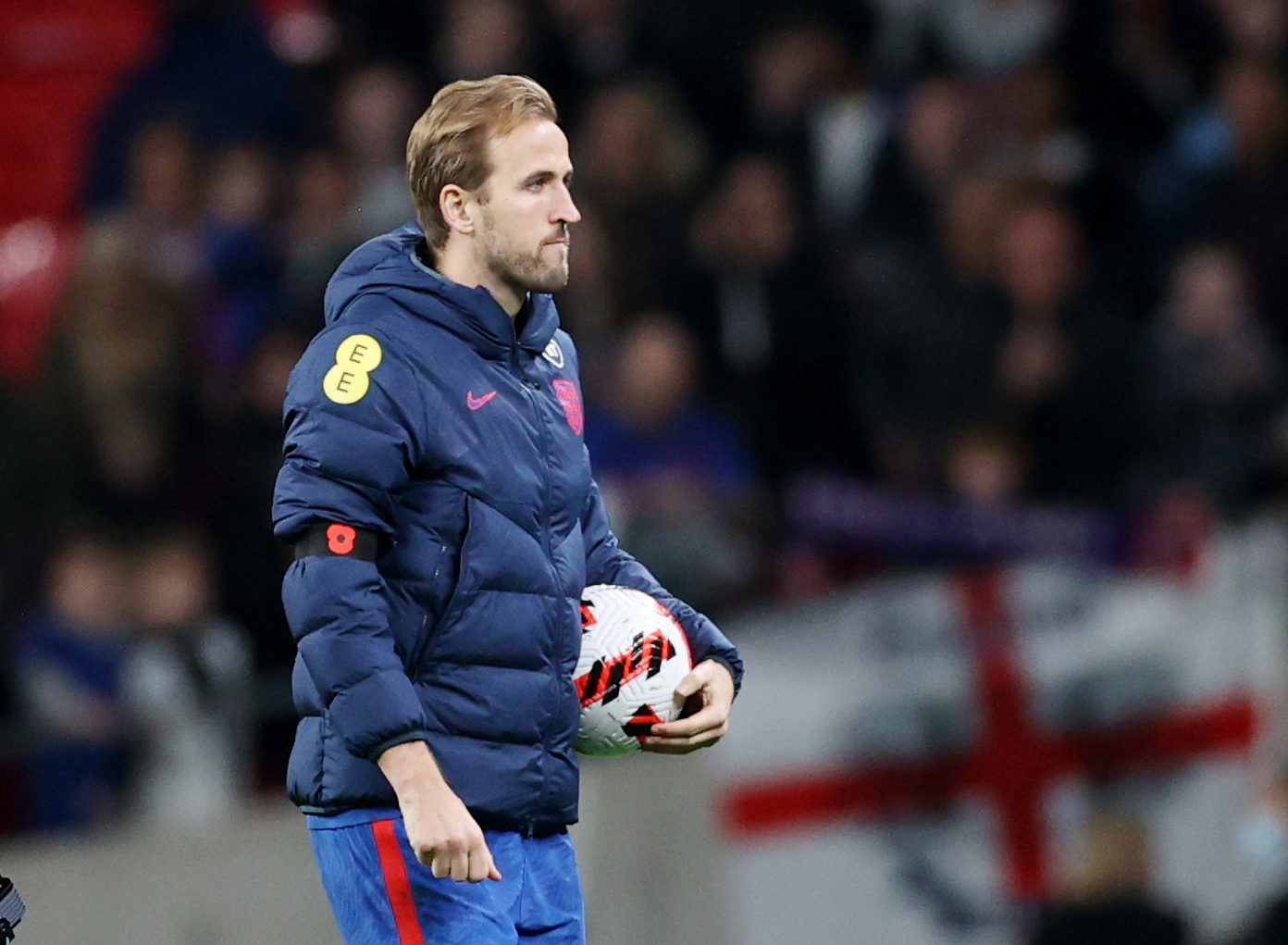 Often the furthest man forward for England with his mazy runs down the left. Held onto the ball with perfect timing before sliding Kane in for his second.

Brought on to relieve Phillips and didn’t quite find his passing rhythm in the England midfield.

Saw a chance blocked from a tight angle at the near post as he pushed for an end product.

Struggled to get on the ball – and when he did he found it stuck under his feet.

Replaced James with 15 minutes left after the Chelsea man had taken the knock to the head.

Enjoyed one barnstorming run towards the Albania box on a proud night for the Arsenal man making his England debut. 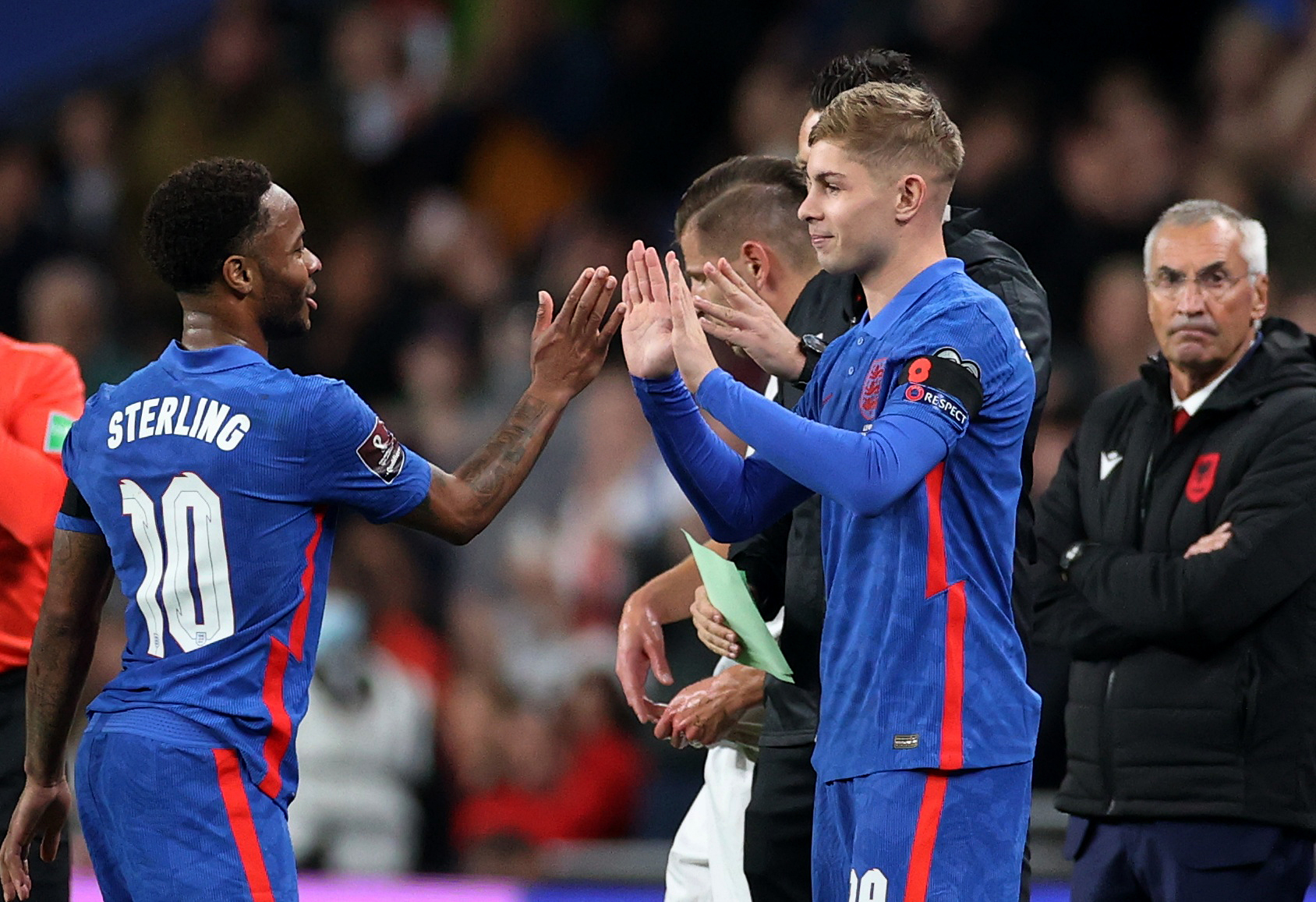