ENVOI ALLEN (1-4f) proved he's the real deal with an emphatic victory in the Grade 1 Lawlor's Of Naas Novice Hurdle.

Davy Russell never had to get serious on Gordon Elliott's star, who saw off long-time leader Elixir D'ainay (8-1) in style. 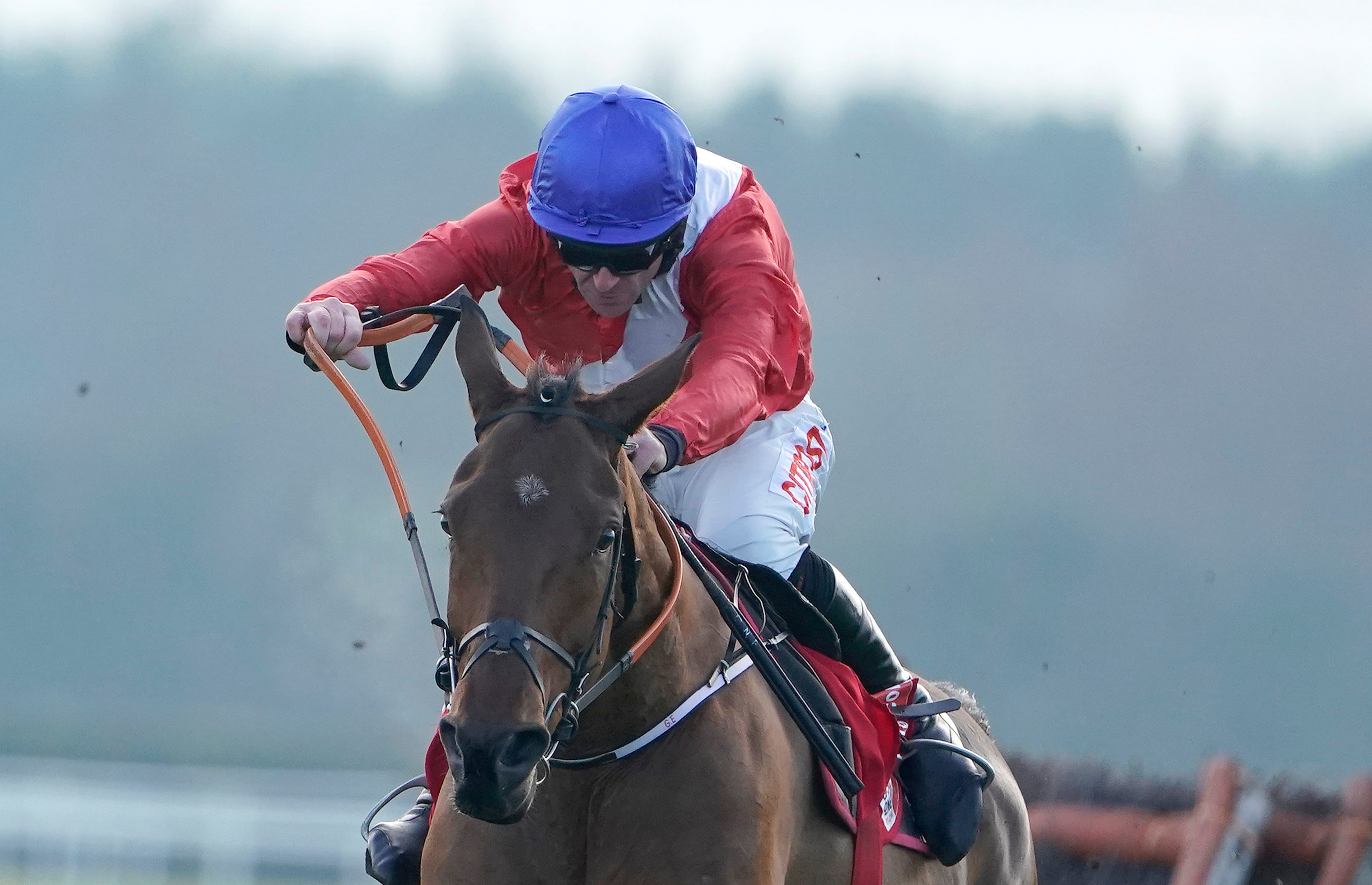 In a contest run at a fierce tempo the eye was always drawn to Gordon Elliott's unbeaten six-year-old, travelling oh so strongly in the famous red and white of Cheveley Park Stud.

Eyeballing long-time leader Elixir D'ainay as the field approached the second-last, the pair went clear of the rest – with Envoi Allen quickly galloping into a four length lead.

Despite looking a little novicey after the last, the seven-time winner had matters in hand and took his career tally to eight from eight in impressive fashion.

Elixir D'ainay stuck on for second, with Longhouse Poet (10-1) back in third.

A thrilled Gordon Elliott said: "We never really expected him to win by more than a couple of lengths because that's just what he does.

"We haven't killed him in his work since the last day and he had a good blow after the race, which to me is a good sign.

"It looked a really good race and we'll give him an easy week now.

"It wouldn't be a shock now if he went straight to to then Festival. He'll have three entries – the Ballymore, Supreme and Champion Hurdle."

The winner was shortened to a general 11-8 from 13-8 for the Ballymore Novices' Hurdle at Cheltenham in March.