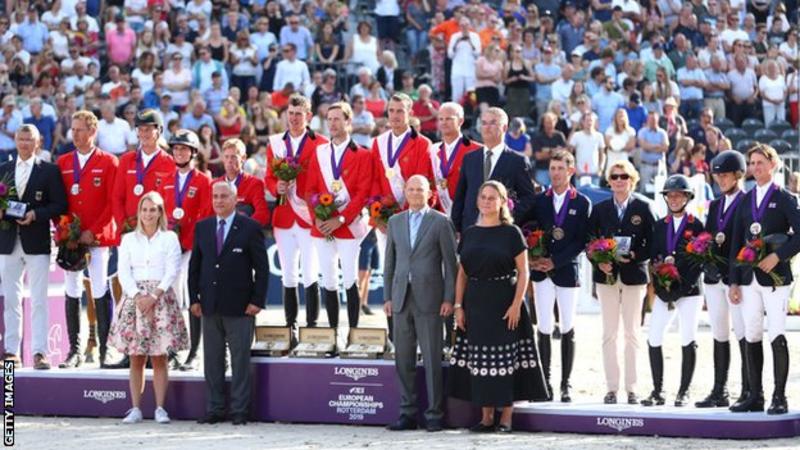 Great Britain’s showjumpers qualified for the Tokyo Olympics after claiming the bronze medal at the European Championships in Rotterdam.

They secured a place at the Games next year alongside European champions Belgium and Rio gold medallists France.

European champions in 2017, Ireland, missed out after finishing seventh.

They will have a final chance to qualify for Tokyo next summer when they compete at the Nations Cup final in early October.

Success for Maher would bring a first European individual gold for Britain in 30 years.

He holds an advantage of 1.06 penalties over Belgium’s Jos Verlooy, while Switzerland’s Martin Fuchs is in third and Gregory Wathelet, also of Belgium, sits in fourth.

“My priority today was the team and gaining Tokyo qualification,” Maher said on Friday.

“I like to go first, and I really believe in Explosion W. I’m just so lucky to have him.

“It’s one day at a time. He will enjoy his rest day tomorrow I am sure, and then it’s all down to the last day on Sunday.”