ERLING HAALAND is the Norwegian striker who dreams of firing Leeds to the Premier League title.

Against the visiting European champions Liverpool tomorrow night, the world’s most sought-after teenage striker is confident he can help deliver a shock.

This would, only a few months ago, have seemed just as unlikely as his ambition of enjoying legendary status at Elland Road.

If Haaland continues this staggering goals record to hand RB Salzburg a home victory, it should be enough to see the Austrians through to the last-16.

But it could also could eliminate the Reds – and send them tumbling into the Europa League.

The 19-year-old is the Leeds-born son of Alf-Inge Haaland, who spent three seasons at the Yorkshire club and spells at Nottingham Forest and Manchester City between 1993 and 2003.

Haaland junior, a target only for clubs in Europe with exceptionally deep pockets, has already scored 24 goals in 21 matches this term, eight of them coming in the Champions League.

Remarkably he has been on target in all five Group E matches.

Maybe Manchester United could be his next destination when you consider he signed for Ole Gunnar Solsjkaer as a 16-year-old at Molde and scored 12 goals in 25 appearances.

But it is in Salzburg where he has flourished and while he is probably not the most remarkable talent to have made his name in this Austrian city – Mozart probably edges that one – Haaland looks certain to have one hell of a future.

Asked whether he expected to score the goals to knock out Liverpool, who need a point to be certain of going through, Haaland did not blink an eyelid.

He said: “I am confident I will score, yes. Liverpool are a fantastic team but so are Salzburg. I am confident we will attack the game and create what we need.

“We have nothing to lose. I will go out there, smile and enjoy the game.

This is the biggest story of my life so far and I am looking forward to it.

I am living the dream to play in matches like this.”

Haaland, whose style of play has been compared to a young Zlatan Ibrahimovic, could cost at least £80million, while his agent is Mino Raiola, so he certainly will not be going anywhere cheap wages-wise.

Quizzed about the possibility of a move to England, Haaland added: “I just focus on my job, playing football and to enjoy what I do every day.

“It is a good experience to play Champions League football. We cannot forget we also have a couple of older players in the team so we are not eleven 19-year-olds.

Obviously, my father was a former player and he has been helping me a lot 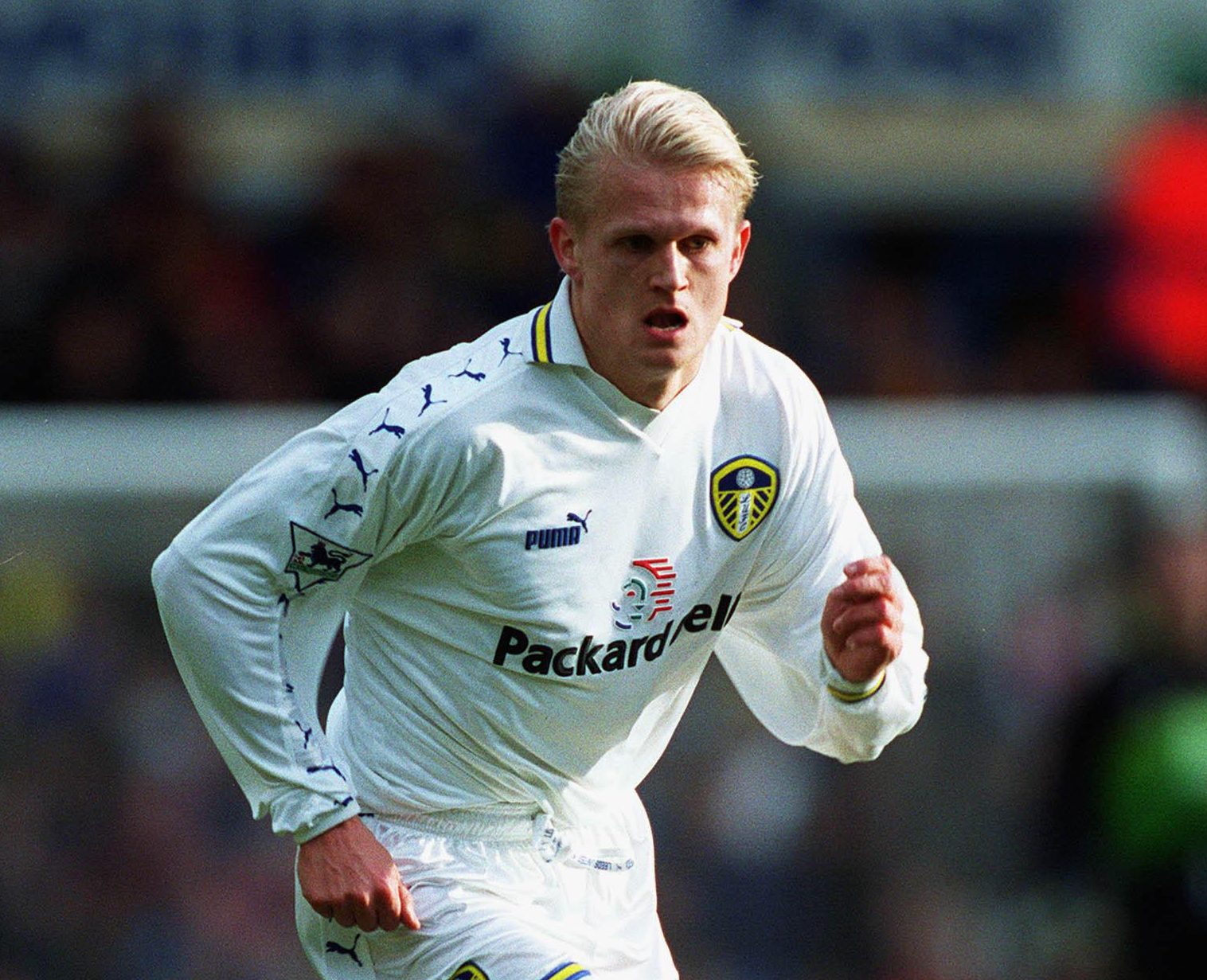 "Obviously, my father was a former player and he has been helping me a lot.”

In an interview in 2017, the youngster announced: “I want to be the best.

"The dream is to win the Premier League with Leeds, be a better player than Dad and get more international caps than him.”

Haaland’s form has earned him two senior Norway caps and he could potentially face Scotland in a Euro 2020 play-off in March if both teams win their semi-finals.

Scottish fans will already be shuddering at the potential prospect of Haaland facing their defence.

The 6ft 4ins forward announced himself onto the European stage with a hat-trick in the 6-2 thrashing of Genk.

He also scored Salzburg’s third goal as they overcame a 3-0 deficit to haul themselves back onto level terms away to Liverpool before Mo Salah scored the winner.

But Salzburg’s recovery that evening proved they should not be underestimated by the runaway Premier League champions.

Haaland’s eight Champions League strikes sees him second in the scoring list, two behind Robert Lewandowski and a couple ahead of Harry Kane.

He grabbed a 16th Austrian Bundesliga goal of the season in Saturday’s 5-1 win over WSG Tirol while he also scored four goals in the Austrian Cup.

His club boss is American Jesse Marsch, who spent three years with New York Red Bulls before moving to Germany where he was at RB Leipzig.

Now, still at a club under the Red Bull banner, he has a soft spot for Liverpool as he visited Anfield on a school trip 30 years and took a bag of dirt from the pitch which he still has at home.

He loves The Beatles and named his third child Lennon.

Speaking about the team desperate to sign his star man, Marsch said: “We know there have been a lot of rumours about interest from other clubs – this is not a new theme.

"At one point we had a joke that every day, a new team was interested in him.

“But, it is natural as has had such a great season. But even when he talks like he is here with me now at this media conference, he is humble, quiet and it is easy to see why everyone likes him.

"He has handled himself incredibly well. We also try to communicate with Erling and his father to make sure we all stay focused.”

Marsch, 46, said: "We have played well this season and are dangerous.

"We want to score goals to get into the next round and I am pretty sure we can achieve that."