Selemon Barega won gold in a thrilling 10,000m to enhance Ethiopia’s rich history in the event in the first athletics final at Tokyo 2020.

The 21-year-old took the lead at the bell and produced a scintillating final lap of 53.94 seconds to come home in 27:43.22 after a tactical affair.

Following in the footsteps the legendary Haile Gebrselassie, who took gold in Atlanta and Sydney, and Kenenisa Bekele, who won gold at Athens and Beijing, Barega’s gutsy effort was enough in a packed field, with the race wide open with 800m remaining.

Ethiopia’s Berihu Aregawi was fourth and Team USA’s Grant Fisher took fifth ahead of Canada’s Mohammed Ahmed in sixth, with race favourite and the third member of Ethiopia’s contingent Yomif Kejelcha down in eighth.

Stephen Kissa sprung a surprise early on to take the pace out hard, leading by 45 seconds after the first kilometre, but the Ugandan was completely ignored by the rest of the field, perhaps sensing more of a mental test which would follow.

But Barega, as one of the main favourites, eventually took the bold decision to stop Kissa’s solo effort by responding after six minutes and 20 laps to go, which saw the field stretch out a little. 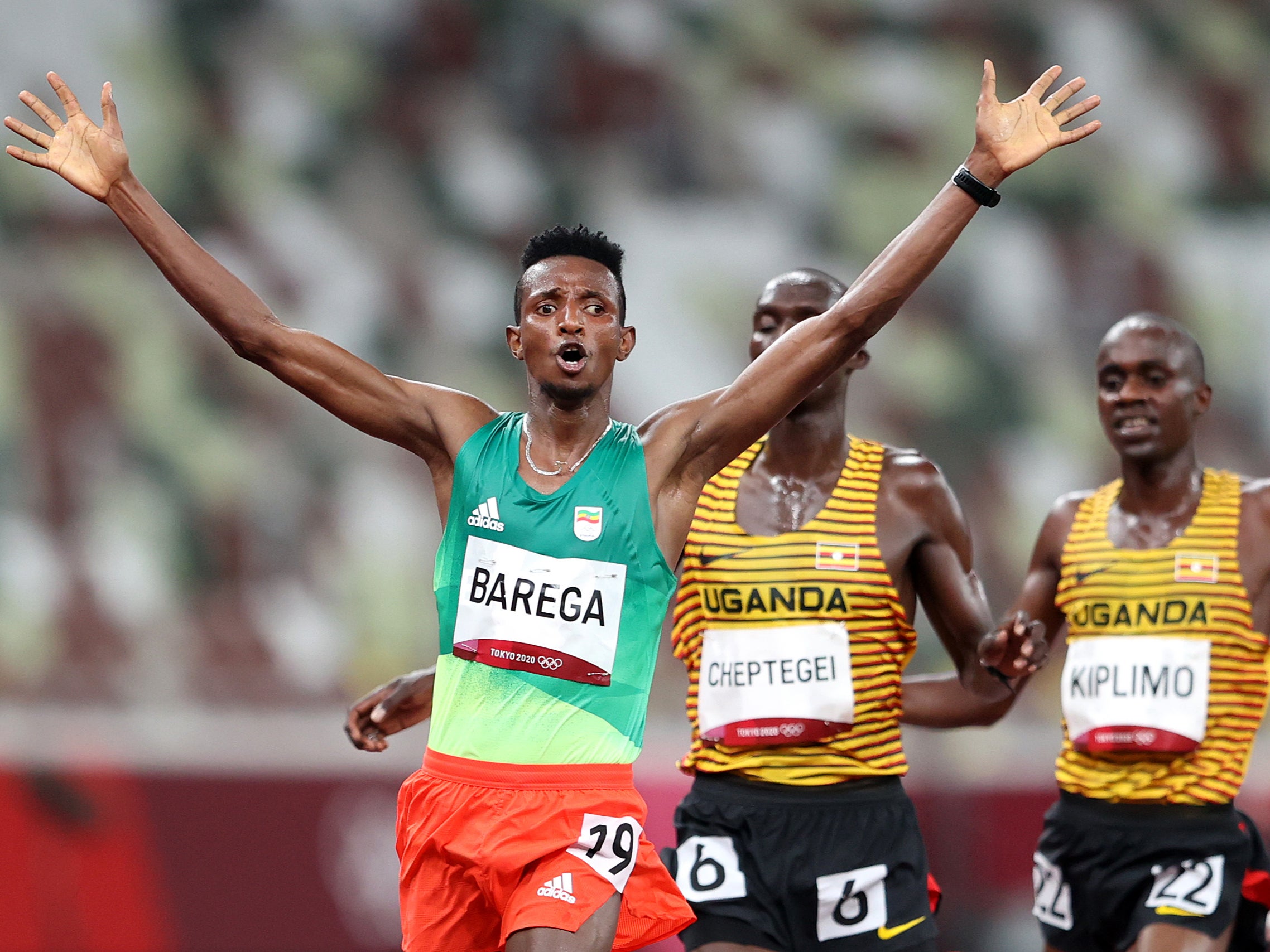 Rhonex Kipruto joined him away from the main pack, but Barega quickly aborted his effort to split the pack and smartly moved back.

Kissa was swallowed up by the pack at the half-way point with the favourites all looking comfortable and splitting 5,000m in comfortable 14:08.

Great Britain’s Sam Atkin soon stepped off the track with 11 laps remaining, reducing Team GB’s contingent to one in the shape of British champion Marc Scott.

And the race predictably soon picked up with Cheptegei, Kiplimo, Kejelcha, Barega and Rodgers Kwemoi all primed to contend for gold. 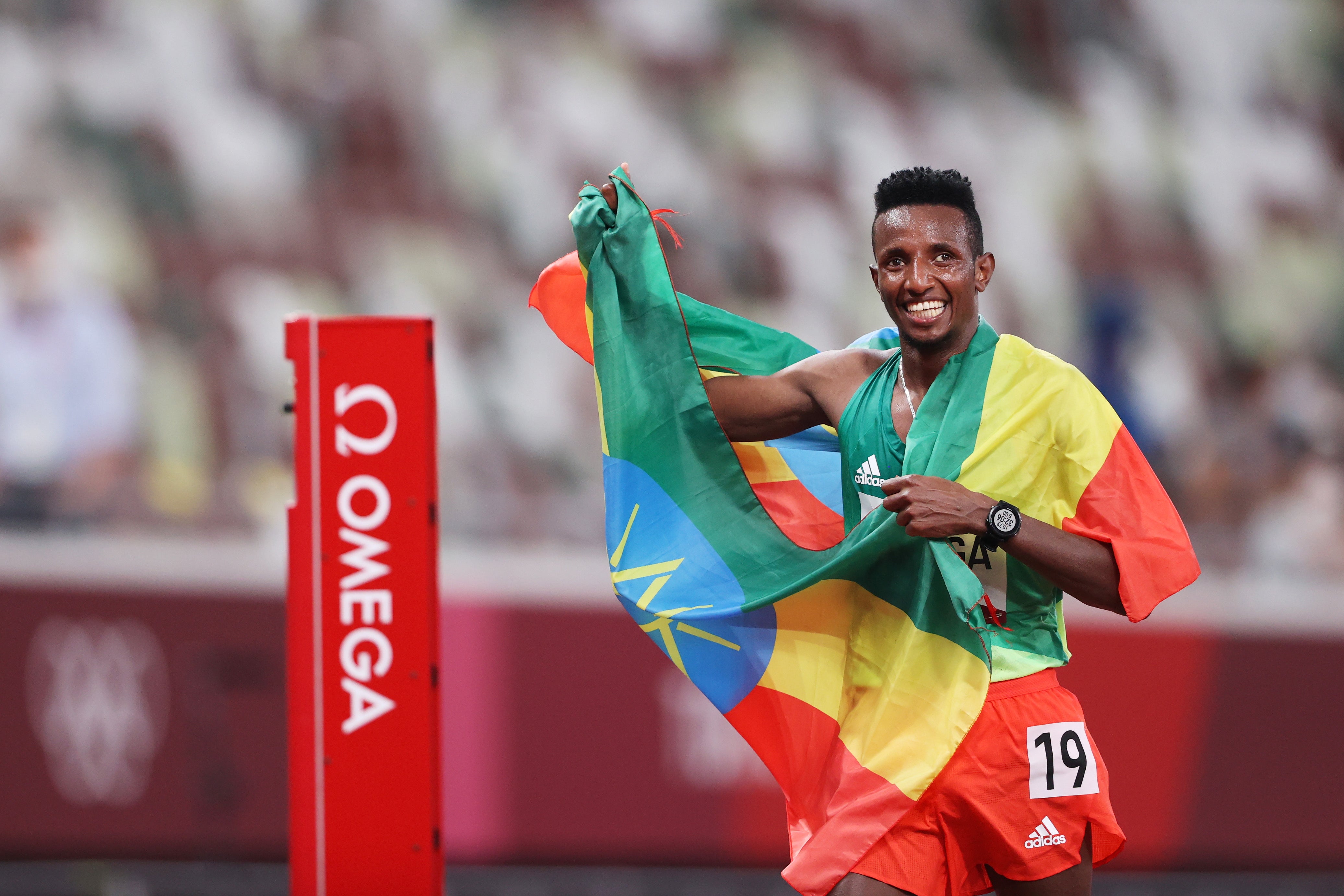 Ahmed hit the front with 600m to go, but Barega, who did not pay for his move to catch Kissa early on, matched him and edged ahead to take the lead at the bell.

And as a burn-up unfolded behind him, Barega was rewarded for staying away from the jostling inside 400m, with his exquisite timing proving decisive.

The late kicks from the Ugandan pair Cheptegei and Kiplimo were not enough reel Barega in down the home straight as he joined the immortals of Ethiopian distance running.