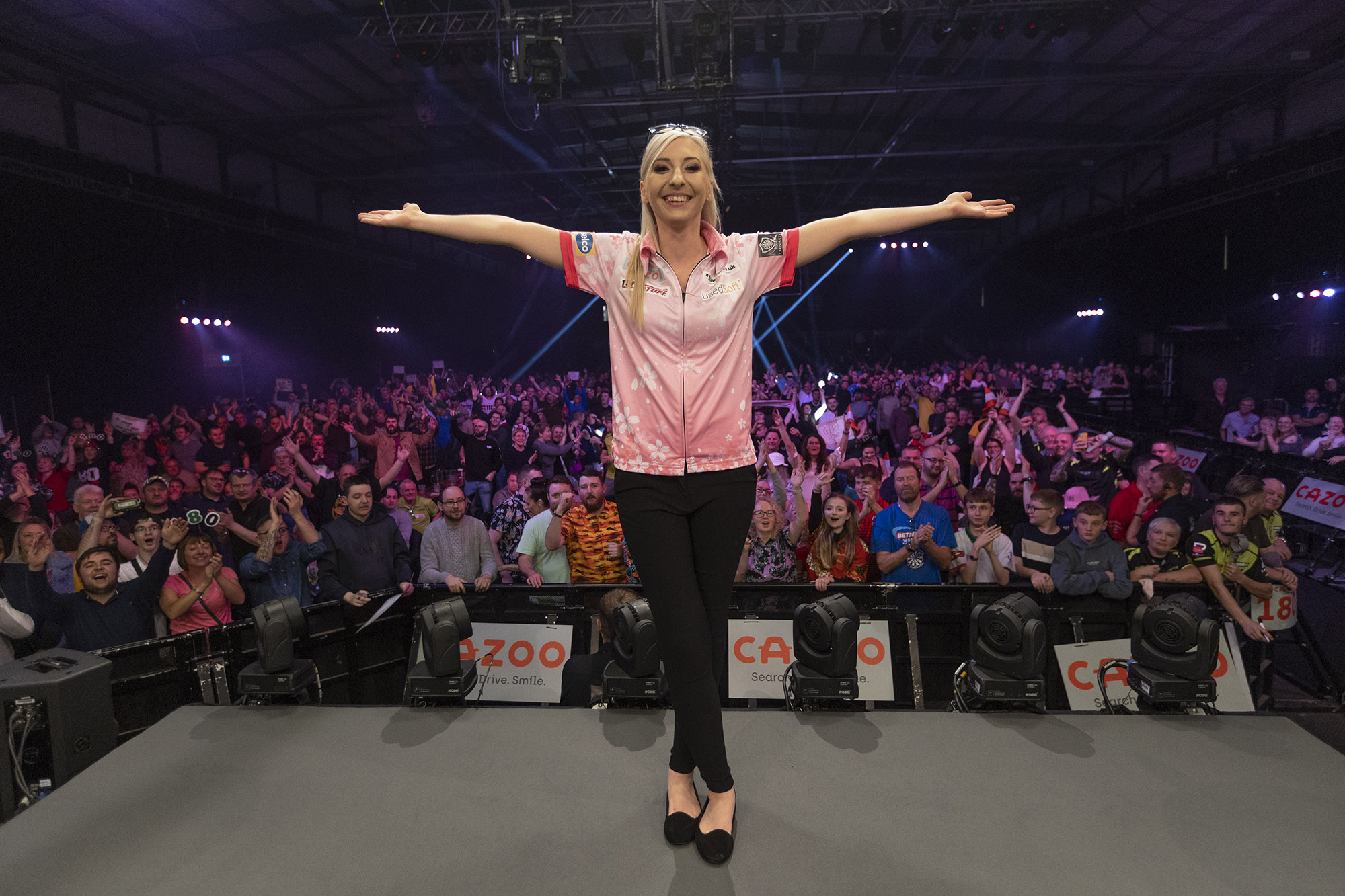 Fallon Sherrock made more darts history on Tuesday night as she became the first female player to reach the last 16 of the Grand Slam, but she doesn’t intend on stopping there as she prepares to take on a man she has already beaten before in the last 16.

The Queen of the Palace had already beaten Mike De Decker 5-0 in the group stage, but needed at least a 5-3 win over Gabriel Clemens in her final match to progress to the knockout stages.

At 3-1 behind things looked grim for her but she won the four legs on the spin she needed in sensational style, hitting a 141 finish to level the match and a stunning 170 to win it.

‘I don’t even know how I did that,’ she said. ‘When I approached the 170 I knew that was my only chance and that I had to take it.

‘I’m so proud of myself for doing it as it shows what I can do and gives me a lot of confidence.’

Next up for Sherrock is Mensur Suljovic on Thursday night, a man she beat in her historic run to the third round of the 2020 PDC World Championship.

‘I’m just going to go in head down, focused and just hopefully produce the game that I can. I’m in this darts zone. When I play, I put my glasses on and I’m like superman!’

That run at Alexandra Palace saw Sherrock become the first female player to win a match in the PDC World Darts Championship, but as she adds more history to her CV, she insists she will not be thinking about it until her Grand Slam campaign is over.

‘I go into every tournament and think, no matter what I do I have to put it behind because if I get caught up with everything I get so distracted with everything,’ she said.

‘Tonight, I will forget about it, focus on my next game and worry about it when I finish the tournament. Appreciate how much I’ve done and feel proud of myself.’

Sherrock and Suljovic meet on Thursday evening at the Grand Slam over a best of 19 legs for a place in the quarter-finals.