Adam Peaty has been heavily criticised for being ‘disrespectful’ and ‘arrogant’ after he downplayed the importance of the Commonwealth Games.

The reigning Olympic champion and world record holder, Peaty, finished outside of the medal positions in his favoured event, where he had not lost in eight years. 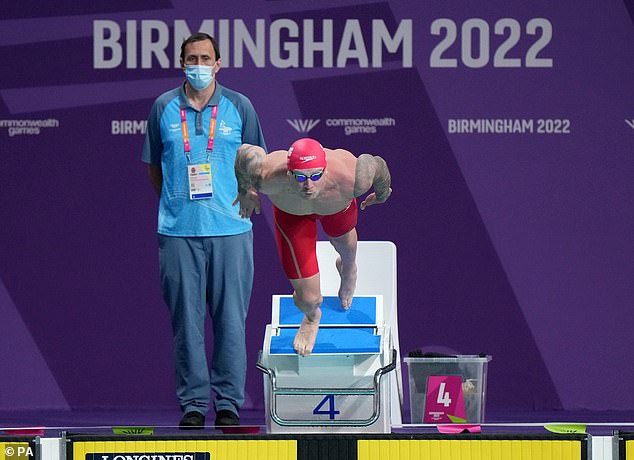 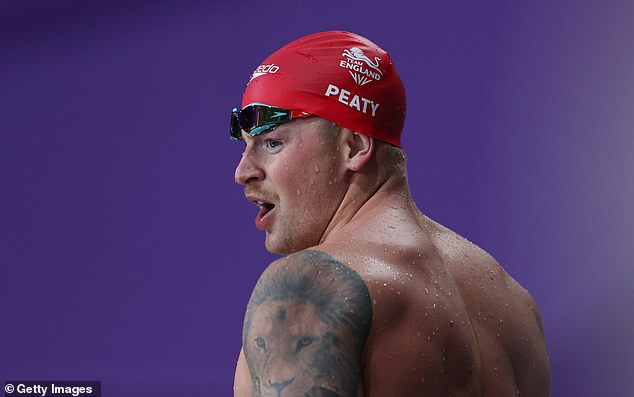 The 28-year-old then returned to the pool on Monday evening, as he took part in the 50m breaststroke semi-finals, where he qualified for the final this evening.

The swimmer was accused of talking the Games down, as Peaty boldly said in a post-swim interview on BBC: ‘It doesn’t feel amazing, but it doesn’t feel bad either.’

The BBC interviewer Sharron Davies was notably taken aback by Peaty’s approach and tried to usher him into a respectable answer as she suggested he will want to win as ‘it’s the one you missed out on’.

However, Peaty’s comment once again suggested he thinks little of the Commonwealth Games. 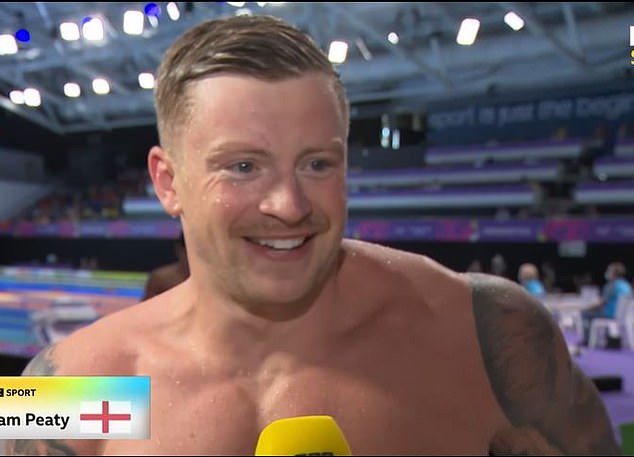 ‘It’ll probably be my last attempt tomorrow, but I’m not bothered about it,’ Peaty said.

‘The Commonwealths to me, in the grand scheme of things…it’s about two years time (the Olympics).

‘That’s no disrespect. I’m still four weeks into my programme, I can’t put that expectation on myself.’

Fans have, however, taken to social media to slate Peaty’s ‘disrespectful’ interview after the 50m semi-final.

One viewer tweeted: ‘Adam peaty what an arrogant prat.. It’s only the commonwealth games.. Disrespectful to other swimmers.’

Another said: ‘They are trying to defend Adam Peaty saying he’s not being disrespectful. Well I’m sorry he is I’ve never seen anybody as arrogant as him.’

A third posted: ‘Adam Peaty needs to remember people have paid to see him. If he’s not bothered then he should have given his place to someone else.

‘Disrespectful to Birmingham and the #CommonwealthGames2022.’

One viewer feels that Peaty should have given up his place at the Games, if he is not bothered

Other viewers has lost respect for the British swimmer after his comments about the Games in Birmingham.

One simply said: ‘Adam Peaty has totally gone down in my estimations after that interview. So disrespectful to all those that have won medals and do think they count.’

Another added: ‘Blase and arrogant is how I’d describe Adam Peaty atm, no need to take this attitude.

‘Why enter if you don’t want to win? Tbh I often think he’s overrated.’