Rugby League World Cup chiefs have apologised after a ‘technical error’ caused the opening ceremony to fall flat, with fans labelling the pre-tournament entertainment as ’embarrassing’.

England’s opening game against Samoa was delayed due to technical issues at St James’ Park, with the PA system failing to work during the opening ceremony.

Kaiser Chiefs frontman Ricky Wilson was booked to gee up the crowd on stage, but the Ruby singer was forced to improvise and ran around the pitch and almost fell over on the slippery surface. 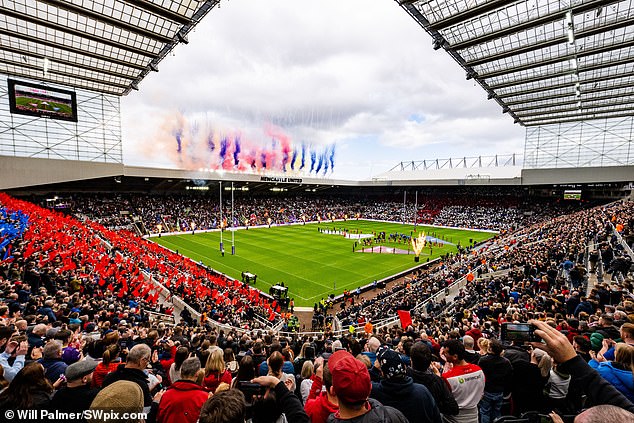 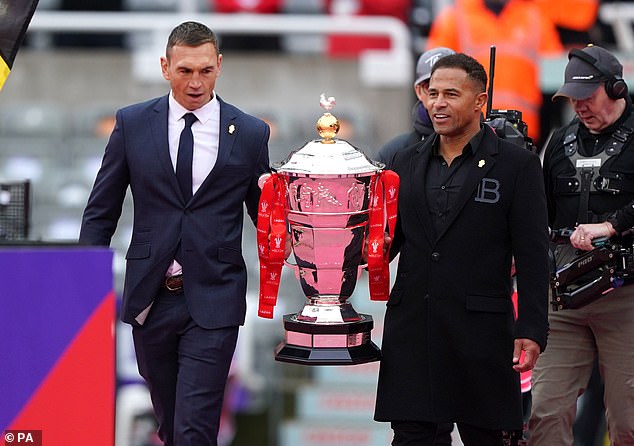 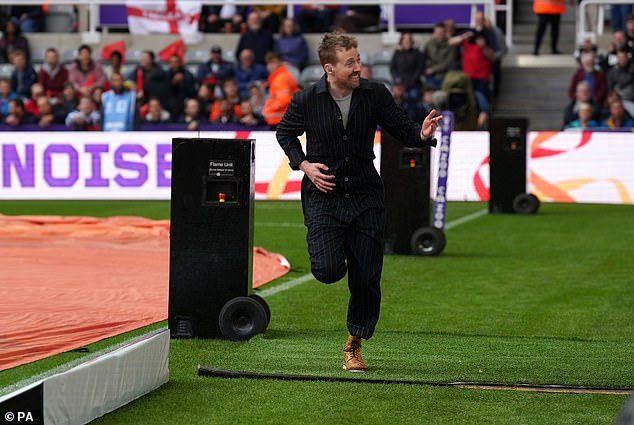 During the second half of England’s win over Samoa, the official RLWC Twitter account posted an apology on Twitter, blaming ‘technical errors’ for the awkward scenes.

‘RLWC would like to sincerely apologise for the disrupted Tournament Welcome, which was severely affected by technical failure,’ organisers said.

‘It wasn’t the start we wanted but we would like to thank fans for their patience and for continuing to celebrate the teams and the tournament.’

Another said: ‘That was embarrassing for ya’ll I’m sorry.’ 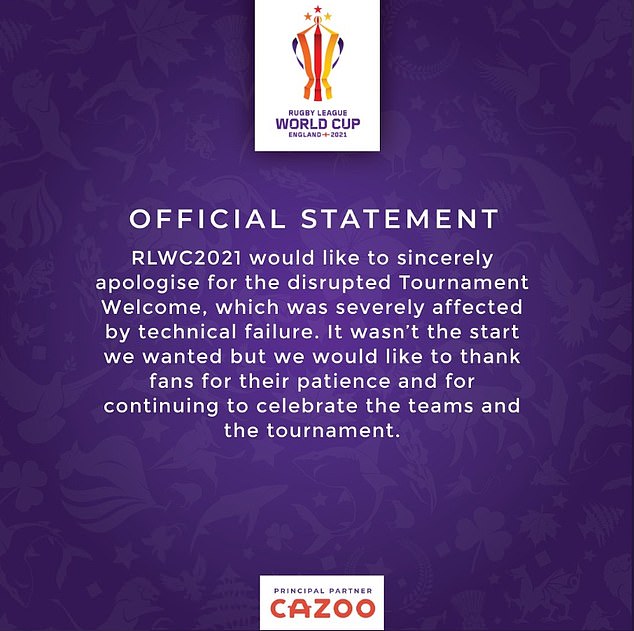 Organisers posted a statement on Twitter apologising for ‘technical errors’

However, a number of fans were more understanding that things can go wrong during live events, and all memory of the opening ceremony was erased as England put on a blistering first half showing.

‘All forgotten after that wonderful first half,’ one fan reasoned.

Mark Chapman made light of the situation on BBC’s coverage of the game, joking that the footage finally confirmed him and Wilson were different people given their resemblance to one another.

The Kaiser Chiefs were supposed to perform their hit ‘Ruby’ to open the tournament, but were forced to improvise after an issue with the PA system.

England’s game, which opens the World Cup, got underway at 14:40, ten minutes after the originally scheduled start.