Home » Sport » Farrell, Ford, Itoje and Singleton all went to the same comprehensive

Farrell, Ford, Itoje and Singleton all went to the same comprehensive

It is half term at St George’s School in Harpenden. The classrooms are empty and the playing fields muddied only by the changing weather.

But behind Hogwarts, as the old part of the school is affectionately known, sits the more modern sports centre. Here stands a reminder of how this leafy corner of Hertfordshire can be a gateway to sporting immortality.

On the wall alongside England lacrosse icon, Laura Merrifield, are pictures of four more former students. Owen Farrell, Maro Itoje, George Ford and Jack Singleton stare towards the doors below, where a solitary pair of black boots sit camouflaged by a layer of dirt. 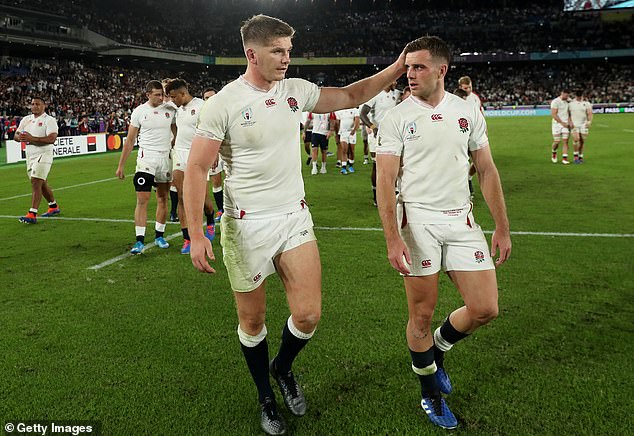 The posters chart each player’s journey from Harpenden to Yokohama. On Saturday all four can become part of only the second England squad to rule the world.

It is an incredible return for a state comprehensive, albeit one with a proud rugby history.

And when classes resume next week, the current crop will build up their strength in the Owen Farrell Fitness Suite, dreaming of a place on that wall of fame.

The last time England reached the final of the rugby World Cup, Farrell was a student, learning from the master. He and neighbour George Ford were teenagers in 2007 when they travelled to France to watch Jonny Wilkinson. Owen’s father Andy was part of the England squad that lost the final to South Africa, while George’s dad Mike was defence coach. 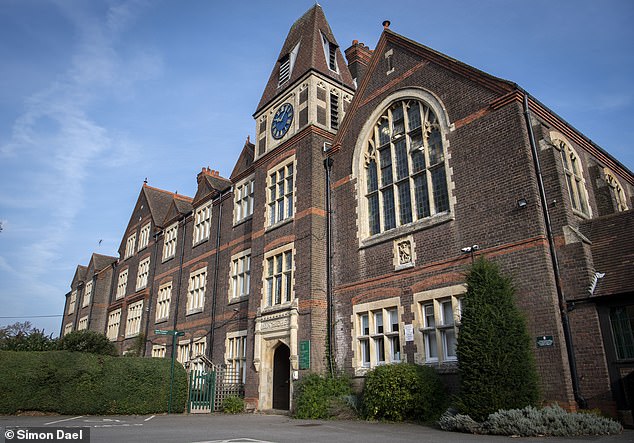 Farrell, Ford, Maro Itoje and Jack Singleton all went to the comprehensive in Harpenden 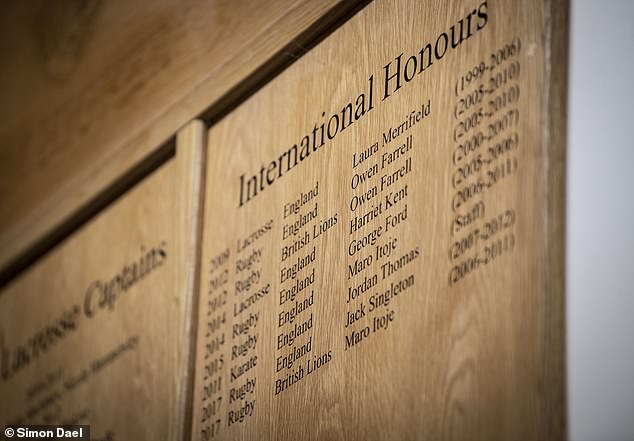 The two youngsters had a kicking session with Wilkinson and on his return Farrell Jnr shared what he had learned with the school.

Andy Bennett, a former St George’s rugby coach who taught the England captain, said: ‘He took a PE practical lesson with his year 10 and 11 friends and taught them the techniques of goal kicking after doing the same session with Jonny Wilkinson. He said, “Sir, can I take this on?” I said, “I think you’re more suitable than I may be at this point!”’

Farrell, now aged 28, will lead from the front once more when England face the Springboks. He, Itoje and Ford have been standout performers in Japan, while Singleton has played his part, too.

The Old Georgians are still influencing lessons back home. Neil Harris, the head of rugby, said: ‘I often talk about Owen’s passing technique and a lot of our goal kickers look at Owen’s kicking.

‘What is really nice is that new boys come to the school and look up at Maro, Owen, Jack and George. They’re in the same uniform and rugby kit that those guys wore and they’ve done so many things that connects them to those guys.’ 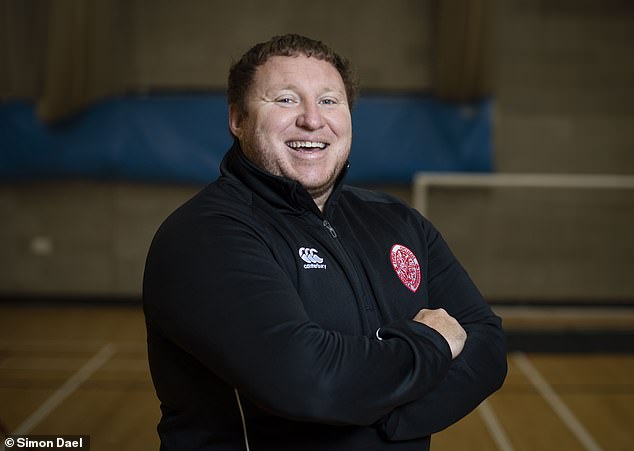 Farrell swapped Wigan for Harpenden when his dad switched codes and joined Saracens in 2005. Ford lived down the road after his dad began coaching at the Premiership club. Itoje was one of the few boys who boarded at the state school, while Singleton came from a strong sporting family.

St George’s has a long rugby tradition, although their funding and facilities are a far cry from those at traditional public schools, the typical breeding grounds of English rugby.

But Bennett believes being a comprehensive and mixed works in St George’s favour. ‘They produce well-rounded students who if they want to achieve something have the self-belief to do so,’ he says.

No one embodies that spirit more than Itoje. ‘He will kill me for saying this but he wasn’t the most natural, co-ordinated sportsman at 14. He’s had to work exceptionally hard,’ Harris says.

‘He would ask to do extras at lunchtime or we would meet him before school in our sports hall and we’d do extra restart takes. You can’t coach someone to be 6ft 6in but you can enhance their skills. 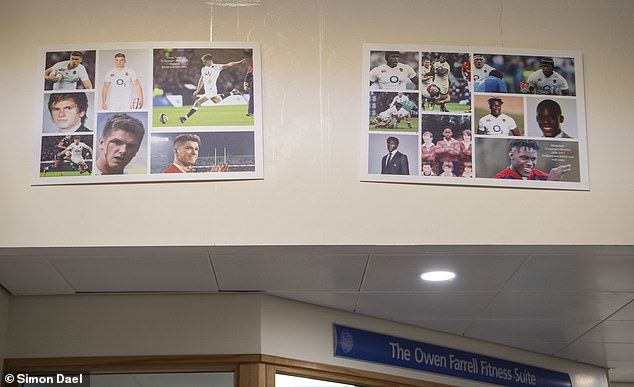 ‘I was convinced he would have made a great athlete so I spent a lot of time teaching him the shot put.’ Itoje grew to become one of the country’s best — ranked No 2 in the country at under 15 age group. ‘But he insisted he was going to be a rugby player.’

The game came more easily to Farrell, Ford, and Singleton. ‘I haven’t seen an 18-year-old with a kick and pass game like Owen’s before,’ Harris says.

Farrell’s strong northern accent — and his competitiveness — separated him from the crowd. Bennett said: ‘Even if he was having a kickaround with his mates he wanted to win and he will go all out to do so. He wasn’t the sportsman who plays up and acts the idiot. It would have been easy for him to be an absolute pain but he never went down that road.’

Singleton was another kid whose natural abilities put him a cut above the rest. He could play a number of positions and at Under 15 Harris suggested he give hooker a try. Now, aged 23, he is England’s third choice No 2. 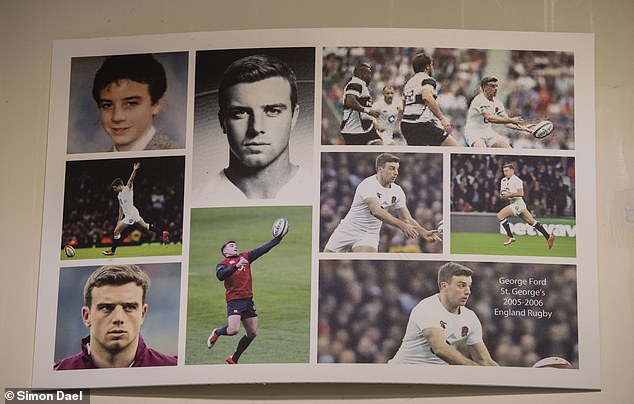 Ford left St George’s after a year. But he was there long enough for former head of PE Steve Robins to notice him.

‘He’d come from a rugby league background,’ Robins recalls. ‘I did tell him that I’d turn him from the dark side. I did get him into union. That was my promise to him,’ he laughs. ‘He won a book prize and I said to him, “The only book you can go out and buy is on skills of rugby union, you can’t buy anything else!”’

As with England now, 26-year-old Ford led from the front in tandem with his close friend Farrell. ‘The lads followed them because they respected them,’ Robins says.

To this day, Itoje and Singleton still help out where they can. The pair have sent messages of good luck to the current crop, while Itoje has been back in recent years to meet the next generation. 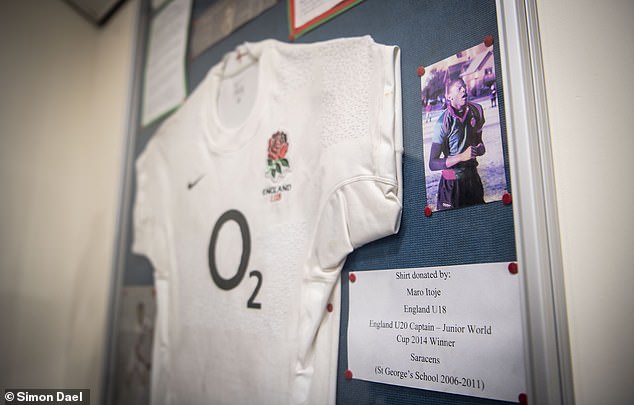 Even as his star has risen, the 25-year-old remains ruthlessly determined but kind and considerate. Just as his teachers remember. Only recently Itoje agreed to a 45-minute interview to help Harris with his coaching qualification assignment.

The England star texts Bennett, too, asking how his family is and referring to him as ‘Mr B’. Before Eddie Jones’s squad flew to Japan, they were reunited. Itoje named Bennett as one of the coaches who helped him on his way, so the RFU invited his former teacher to surprise him. Itoje remembers the hours Bennett and Harris dedicated to help him develop, while his performances suggest he has not forgotten the skills he honed in that sports hall.

Harris is doing his best to ensure this is not a one-off, too. ‘There is no doubt they are inspiring a lot of boys, and certainly there are another couple that are worth keeping an eye on,’ he says.

Like Farrell and Ford before them, this crop could soon be learning from England World Cup winners. Four of them. 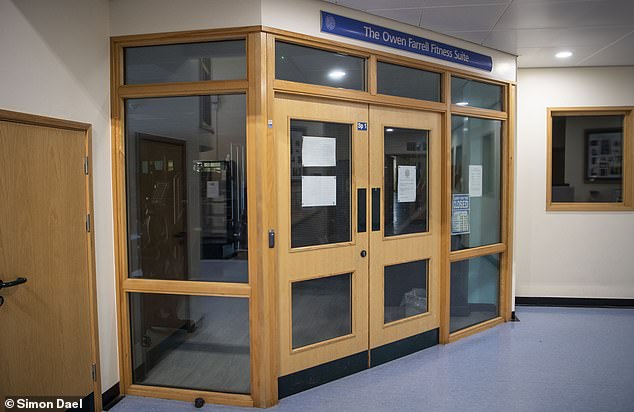