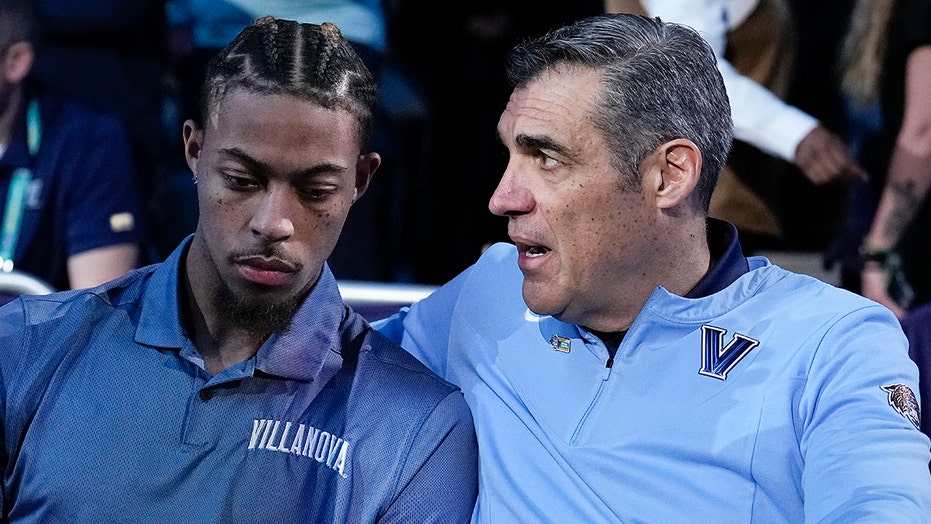 The junior shooting guard tore his Achilles tendon in the closing seconds of the team’s South Region championship against the Houston Cougars March 26. The injury cost Moore the chance to play in the tournament semifinal.

Moore, who averaged 13.6 points per game for the Wildcats during the NCAA Tournament, was sorely missed against Kansas, which took an 11-point lead into the half and never looked back, eventually winning 81-65. 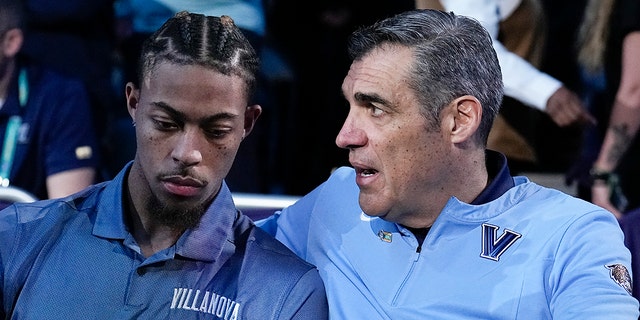 Before the game, Moore spoke about the support he received from his team, family, Villanova fans and even the NBA community.

“It was great for me personally. I needed people by my side. I was feeling hurt and down,” Moore said. “Them saying they love me and they have my back and giving encouraging words, that really helped me.” 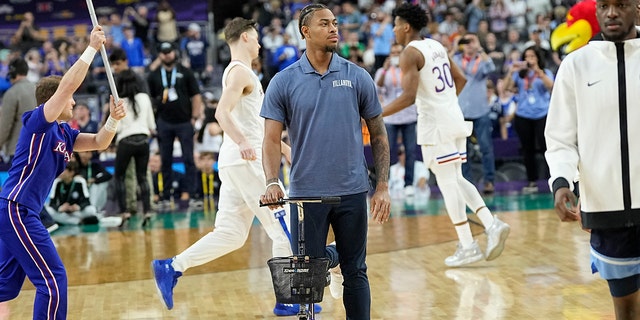 Wright was by Moore’s side comforting his player on Saturday as the starting lineups were announced.

Moore was injured after he appeared to slip while dribbling against a defender with less than 40 seconds left in the game against Houston.

Moore limped off the court with the help of teammates, who consoled him after his exit. The guard was later seen on crutches.

“It was really nerve-wracking and hard for me. We were winning that game and playing great basketball as a team and going into the Final Four,” Moore said. “People saw me crying and stuff. It was a lot of emotions going through. I had to sit back and take it all in.”

“My family was there, and my teammates were there to help me,” he added. “If I didn’t have them by my side, I don’t know where I’d be right now.”

Moore said another person who reached out was NBA star Kevin Durant, who tore his right Achilles tendon in Game 5 of the 2019 NBA Finals while playing for the Golden State Warriors.

“He called me right away. He FaceTimed me,” Moore said. “I wasn’t expecting that. I was still a little bit off from the medicine. That, right there, kind of snapped me out of it. It was a great feeling. 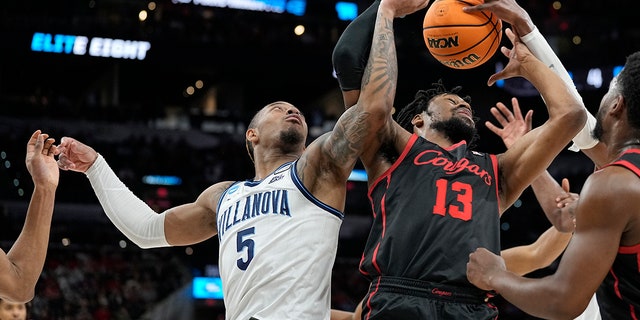 Moore was a productive player for Villanova this season, averaging 34.6 minutes, 4.8 rebounds, 1 steal and 14.8 points per game.

The loss on Saturday denied Villanova another national championship appearance. The Wildcats have two championships – 2016 and 2018 – in Wright’s 22 seasons.