Renditions of the national anthem, La Marseillaise, and Allez les Bleus, could be heard across the freezing cold streets of the capital.

‘Vive La France !’ said Caroline Milou, 30, as tears of joy streamed down her cheeks – which were marked with the red, white and blue of the Tricolour.

‘We are so happy to have beaten England – if we beat England, we win the cup. We love Britain, but this is our night!’ 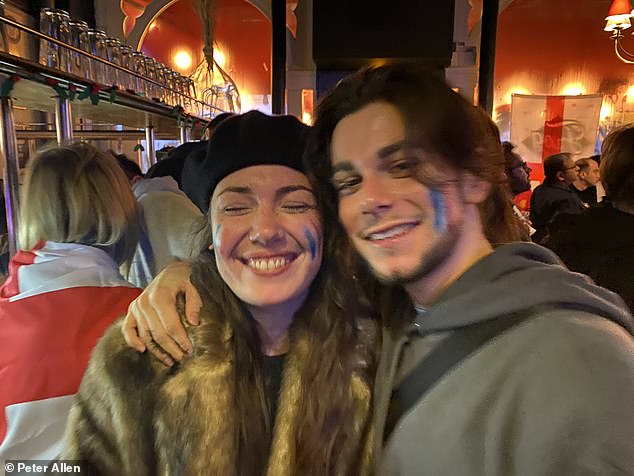 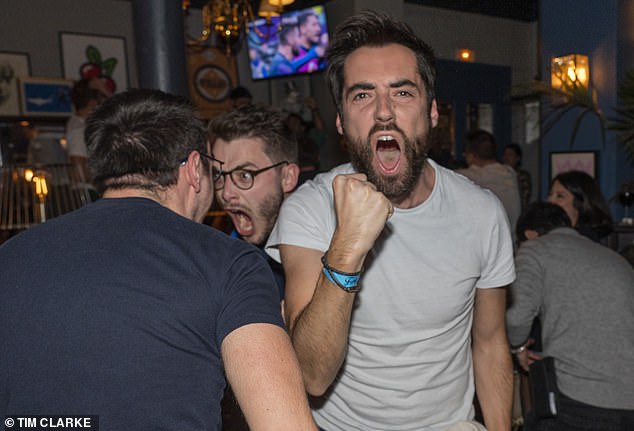 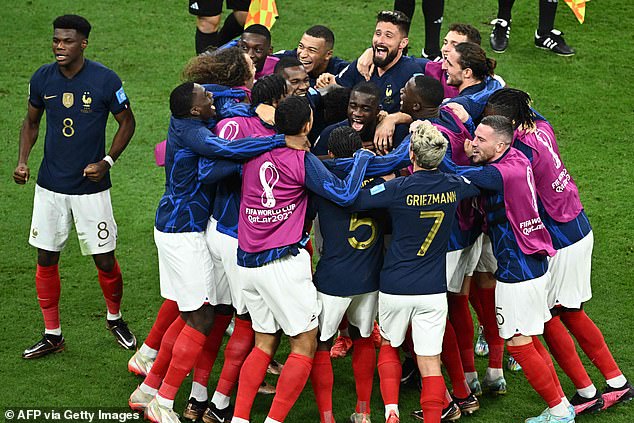 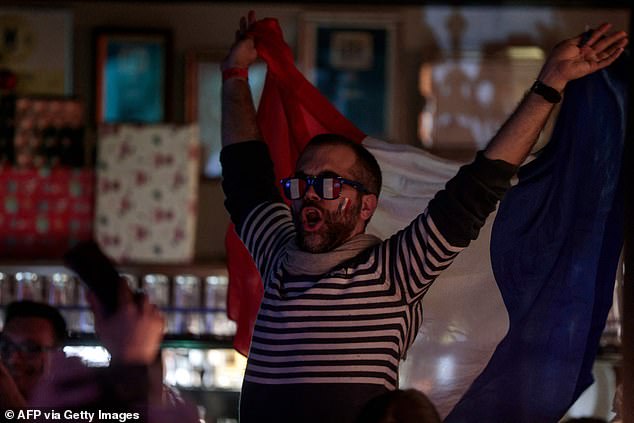 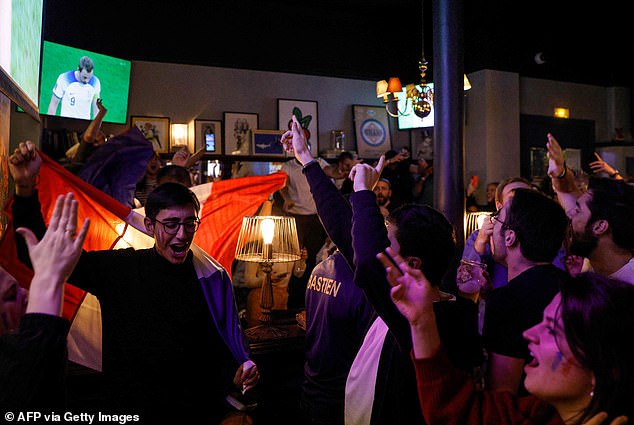 French supporters break out into jubilation following their win against England

Caroline was celebrating in the Frog & Rosbif pub, which was packed with around 300 fans of both countries during the game.

Luc Roncayloco, 21, hugged Milou, and said: ‘It was our night! I am so happy. Mbappé was superb, but so was Giroud. It was a great performance’.

England fan Autumn Lumb, 26, was in the pub with a Cross-of-St-George draped around her, and could not hide her disappointment.

‘I knew as soon as Kane stepped up for the penalty he was going to miss. I feel sick,’ said Autumn.

And George Pittard, 26, and from London, said: ‘It’s really disappointing but expected. Kane scored one, but then missed – it’s Spurs isn’t it.’

England’s quest for World Cup glory has been brought to a heartbreaking conclusion after a vital penalty miss from Harry Kane saw France eke out a breathless 2-1 victory in Qatar.

The teams went into half time tied at 1-1, but Les Bleus managed to claw their way in front when their all-time top scorer Olivier Giroud scrambled in front of Harry Maguire and guided an excellent ball from Griezmann in at the near post.

For a moment it looked as though France’s lead was going to be short lived when substitute Mason Mount was bundled to the floor in the box and was awarded a penalty.

But star striker Kane, having scored an assured spot kick minutes earlier, saw his second effort soar miles over the crossbar, sending the Three Lions crashing out of the World Cup at the quarter final stage. 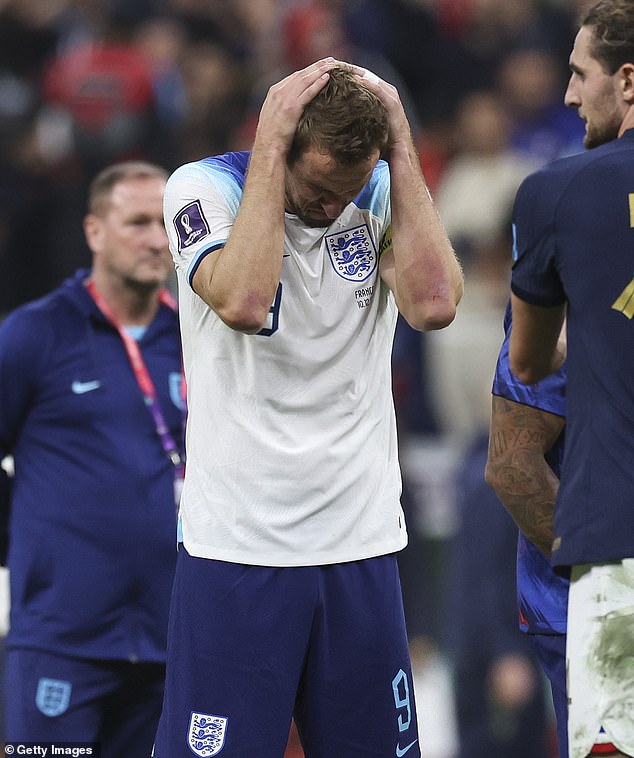 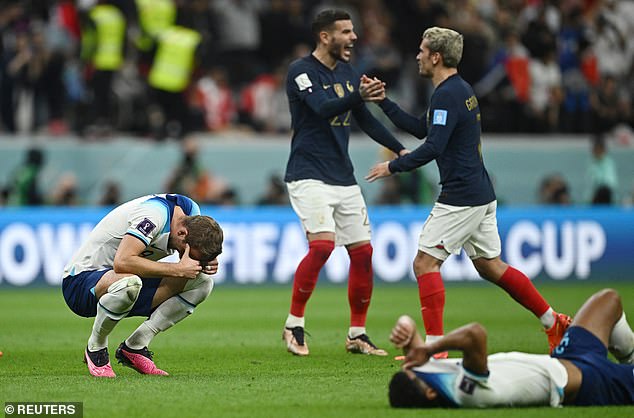 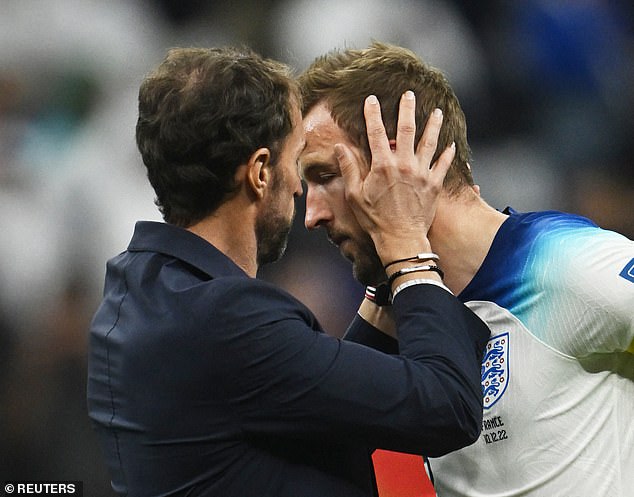 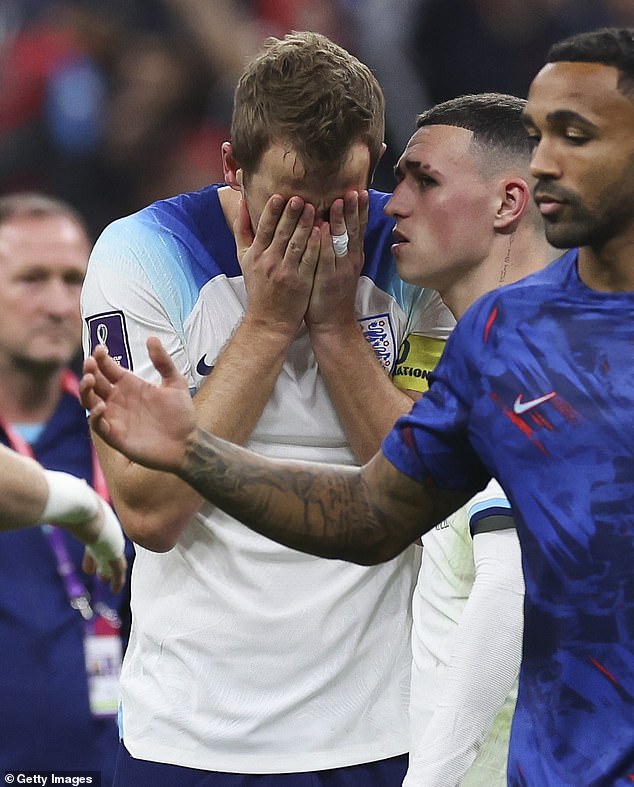 Harry Kane of England is dejected at full time during the FIFA World Cup Qatar 2022 quarter final match between England and France at Al Bayt Stadium on December 10, 2022 in Al Khor, Qatar 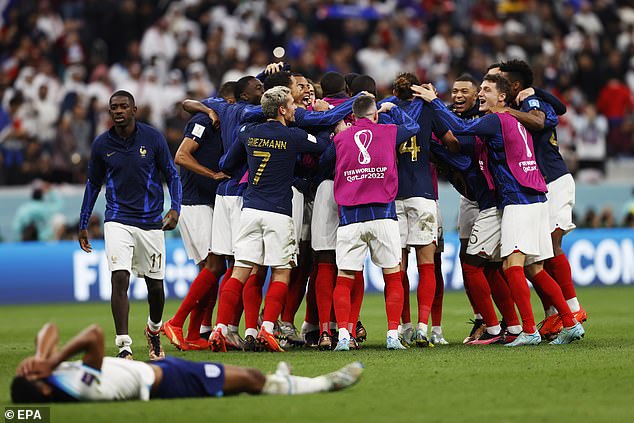 Players of France celebrate as Jude Bellingham of England reacts on the ground after the FIFA World Cup 2022 quarter final soccer match between England and France at Al Bayt Stadium in Al Khor, Qatar, 10 December 2022 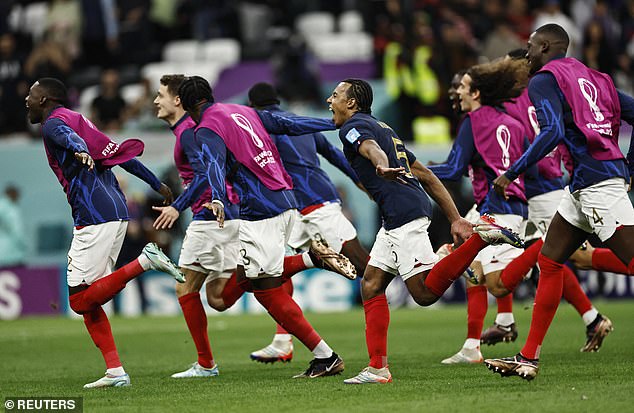 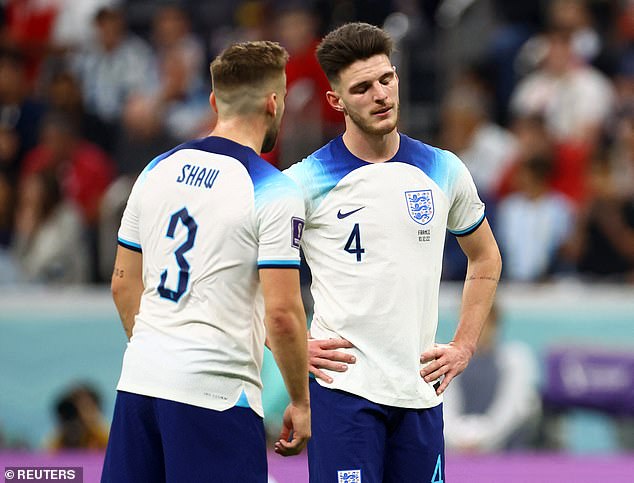 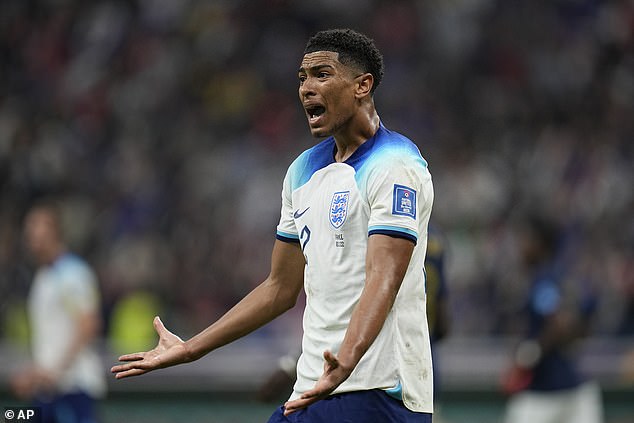 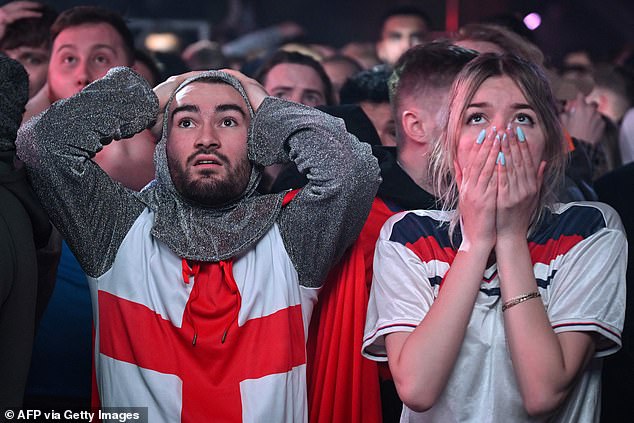 England fans react to France’s second goal as they watch a screen showing the 2022 World Cup quarter-final football match between England and France, at Depot Mayfield in Manchester on December 10, 2022

Gareth Southgate’s men were clearly devastated at the final whistle, the players listing helplessly around the pitch in utter dejection while the French contingent erupted into wild celebrations.

Southgate made a beeline for his captain Kane, who looked as though he could scarcely believe the result.

England’s captain had sunk to his knees at the final whistle and his teammates requested TV cameras to turn their focus elsewhere.

Jude Bellingham meanwhile collapsed to the turf in tears and was also consoled by his manager.

Southgate showed true sportsmanship in defeat by congratulating France captain Hugo Loris, while the remainder of his players saluted and applauded their fans while holding back tears.