I can’t Get away from this Gorgeous mare.

Gordon Elliott’s The Very Man is the one to beat as he seeks the four-timer, but he has to give chunks of weight away and Willie Mullins’ string are in top order if the week so far is anything to go by. 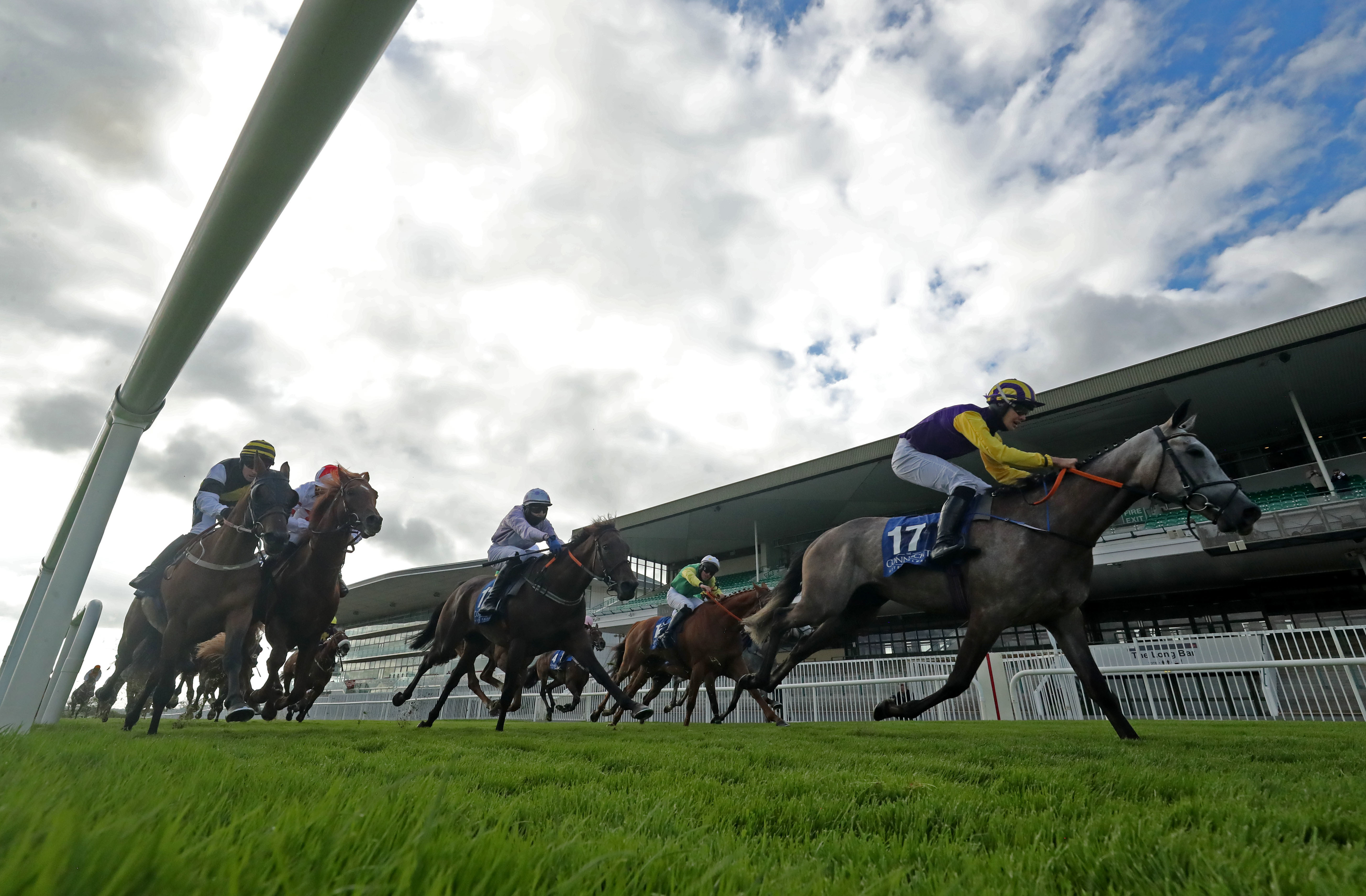 T&Cs: New customer offer. Place a single £10 (or £5 e/w) Sports bet in the 13:10 Goodwood on Wednesday, 29th of July and get a £10 free bet for each of the subsequent race. Deposits using Credit/Debit cards or Apple Pay only. Free bets are only valid for the specified race and are awarded when the qualifying bet has been settled. Free bet stakes not returned with winnings. T&Cs apply. 18+ Begambleaware.org

GETAWAY GORGEOUS has to improve to reach the level of the favourite, but she gets a generous 10lb and there is a suspicion that she has been hiding just how good she is by only just doing enough. She’s never finished worse than second in four bumpers and three hurdles and I expect her to maintain that standard here against the Gigginstown hotpot.

With A Start won well on debut at Gowran Park and his second on the level before received a timely boost when the winner took the runner-up spot in the Amateur feature here on Monday.

Telmesomethinggirl enjoyed a confidence boost when hacking up at Roscommon, but I doubt she will get as easy a time of it on the front end here.

Another that should be in the mix is Anthony Mullins’ Rescue Package. The yard have already struck here this week with their only runner so far and this looks another selective piece of placing from them.

CLOSUTTON have won five of the last six renewals of this maiden and they rely on KAATSKILL NAP this time. Smart on the Flat before going jumping, the seven-year-old was one of Tony Bloom’s many purchases that would have likely gone to Royal Ascot, if this was a normal year. Absent since placing in his three maidens back in 2018, he made his belated reappearance in a Flat handicap last month — travelling far too keenly and taking the lead at halfway — but showing plenty of grit to finish no worse than midfield. That should have put him spot-on for tackling this just over six weeks later.

The Little Yank will break his duck over timber soon enough, but probably not today with the two last time out bumper winners Hand In My Pocket and Talk Of The Town in opposition. They both look pretty smart.

T&Cs: New customer offer. Place a single £10 (or £5 e/w) Sports bet in the 13:10 Goodwood on Wednesday, 29th of July and get a £10 free bet for each of the subsequent race. Deposits using Credit/Debit cards or Apple Pay only. Free bets are only valid for the specified race and are awarded when the qualifying bet has been settled. Free bet stakes not returned with winnings. T&Cs apply. 18+ Begambleaware.org

With Willie and Tony Mullins winning on Monday with Mt Leinster and Princess Zoe, it only seems right that Emmet makes it three here with his hat-trick chasing PILBARA. The five-year-old went up 20lb for winning on handicap debut and has to shoulder another five on top after he followed up at Cork last week. It looks a tough ask for him to win this after going up so much, but Galway is a place where magic happens.

We had One Cool Poet, Make A Challenge, Ilikedwayurthinkin and Linger all go up double digits for winning multiple times at last year’s Festival and I see no reason why he can’t attempt to follow suit. He was given a sneakily-good ride by Patrick Mullins last time and I think he had plenty left up his sleeve.

French import Bon Retour represents Closutton and he will be popular in the market. Of the rest, a big run from De Mazzaro would not surprise. 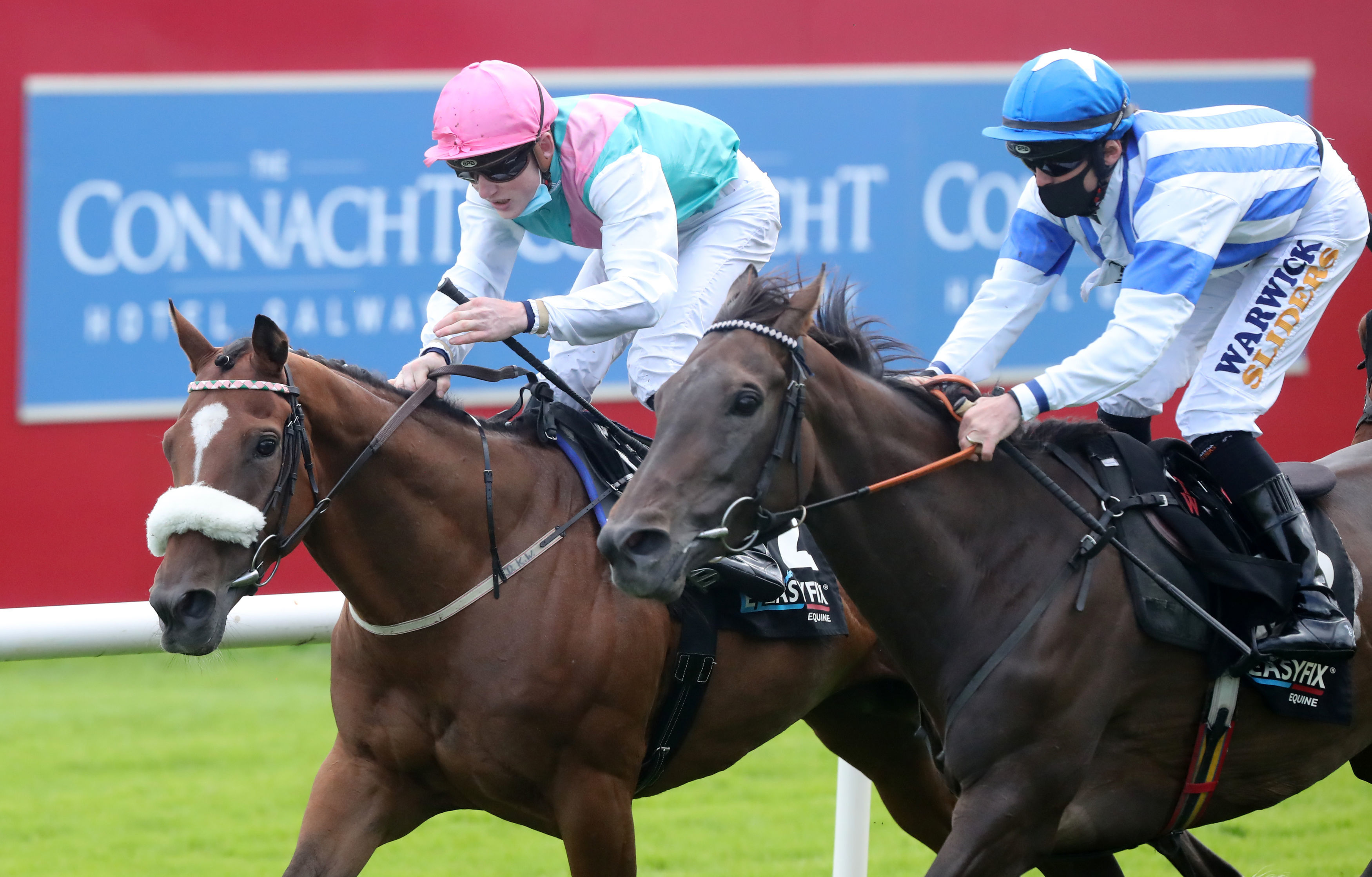 SUB LIEUTENANT can be a smashing bet in the Galway Plate. Henry De Bromhead’s 11-year-old is not getting any younger, but he was a class act in his younger days and I am just hoping there is still a bit of life left in the old boy.

He was a genuine Grade 1 performer in 2017 and it wasn’t that long ago that he was finishing second in the Kinloch Brae and the Topham off a big weight. There is no doubting his quality at his best and purely on a ratings stand point he could be absolutely thrown in!

Two years ago he was a solid fifth in the Plate off a mark of 158 and four days later he had the constitution to be able to bolt up in a conditions chase – something tells me that he may not have had everything go his way in the Plate that year.

This year he runs off 148, but 141 really with the very capable Hugh Morgan taking off a generous 7lb – a couple of years ago he would not have come off the bridle off that kind of rating.

Henry De Bromhead has won two of the last five renewals and he only sends two this year . If Morgan can get him jumping early it will take a good one to pass him off 10-7.

Gordon Elliott’s Galvin looks the one for many punters and he has been backed into 6-1 favourite. There is plenty to like with him being a second season chaser, but I am not sure he has much in hand off this mark.

A better chance for Elliott might be proven class act The Storyteller. He bounced back to his best over timber last season and this mark is not an impossible one for him to defy.

Willie Mullins runs plenty and it’s interesting that Townend rides Royal Rendezvous. He has yet to prove he stays this far, but he could be some way ahead of the handicapper.

Of the rest, Snugsborough Benny ran well when third last year and well-fancied Early Doors has it all to do tackling the Plate in his first handicap over fences.

Mark Walsh rarely gets it wrong when picking between the J P McMan-us runners and he has gone for THECRAICISNINETY here. The nine-year-old has a ludicrous mark when considering that his last win came in a low grade handicap chase off 108, but he keeps running well enough to make the handicapper push it up —like he did last month on his reappearance at Kilbeggan when second to a Willie Mullins hotpot. That was a very pleasing return given that he had been off the track for eight months and I would be surprised if he didn’t improve on that here.

Jan Maat should be capable of more now that he has his opening run out of the way. He was second in a Grade 3 here last year behind Wicklow Brave . He can give the selection plenty to think about.