ENGLAND boss Gareth Southgate dropped the biggest hint yet he will sign a new bumper deal.

As SunSport revealed, FA chiefs have offered Southgate a double-your-money deal of £6million a year to extend his reign until Euro 2024. 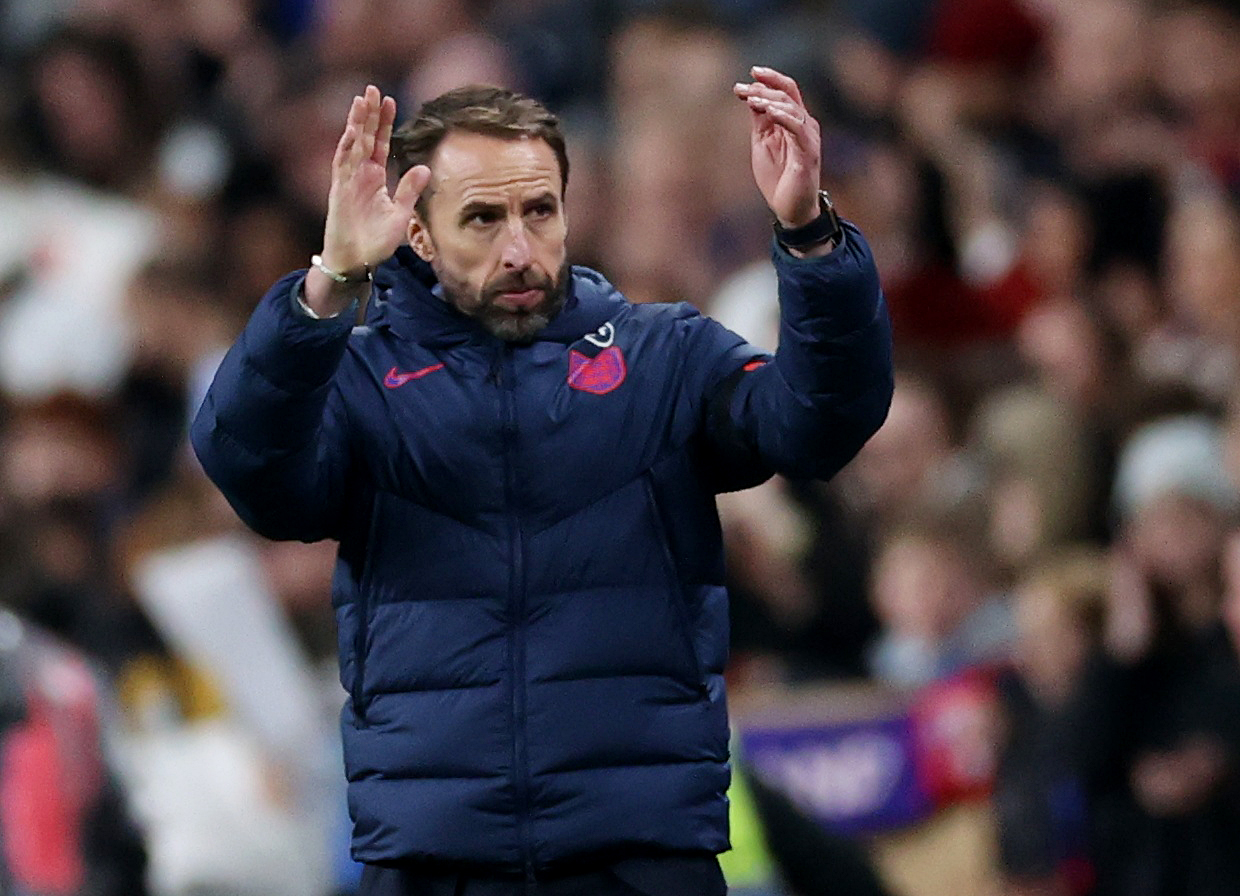 The Three Lions coach is refusing to discuss his future until after his team mathematically confirm qualification for next year’s World Cup tomorrow in San Marino.

But when asked if it would be hard to walk away from his exciting squad, Southgate said: “There aren’t a huge number of jobs out there and being the manager of England is a massive privilege so of course I take that responsibility really responsibly.

“It means a lot to me to be in the position I am.

“As a manager you want to work with good players. You can challenge them in a different way.”

A new deal makes sense for all parties.

In return for offering Southgate wages on the same scale as previous bosses like Fabio Capello, the FA may want to insert a release clause that would guarantee them compensation if Southgate was poached by a club before Euro 2024.

Meanwhile the England boss sprang to the defence of Harry Maguire.

The Manchester United captain cupped his hands to his ears after opening the scoring for England, in reference to critics of his recent performances for his club.

Former United skipper Roy Keane slammed the celebration as “embarrassing” and accused Maguire of being “a disgrace” for Ole Gunnar Solskjaer’s side in recent weeks.

Maguire returned earlier than expected from a calf injury and Southgate said: “He’s rushed back because he’s the sort of player who has a huge conscience to help his club.

“I said during the week that you get lots of players that hide in the treatment room when the pressure’s on. He hasn’t done that and I’ve got massive respect for doing that.

“You know as a player sometimes you can go into matches not 100 per cent fit or short of the training that ideally you’d like, and of course you are always judged as if you are a fully-fit player in those moments.

“As soon as you cross the white line, that’s professional football. He understands that.

“I’ve had a really good chat with him earlier this week and reminded him of how important he is for us.

“He’s been able to switch his focus and have a few more days on the training pitch, which has probably helped him as well.

“His performance was very very good.”

Southgate confirmed Mason Mount and Luke Shaw would not be joining the squad for the trip to San Marino.

Mount had delayed coming into the England camp after dental surgery, while Shaw had stayed with Manchester United to recover from concussion suffered in the defeat by Manchester City.