Champions Liverpool ended their campaign in style by coming from behind to beat Newcastle 3-1, while runners-up Manchester City thrashed bottom side Norwich 5-0.

Manchester United beat Leicester 2-0 to clinch a Champions League place and deny the Foxes a spot in Europe’s elite club competition next season, with Chelsea finishing fourth after a 2-0 win over Wolves.

At the bottom, Bournemouth’s five-year top-flight stay ended despite a 3-1 victory at Everton, with Watford also going down after a 3-2 loss at Arsenal, but Aston Villa’s priceless point at West Ham keeps them up.

There were wins for Brighton and Southampton, while Tottenham drew 1-1 against Crystal Palace.

Have a look at my team of season and you can create your own at the bottom. 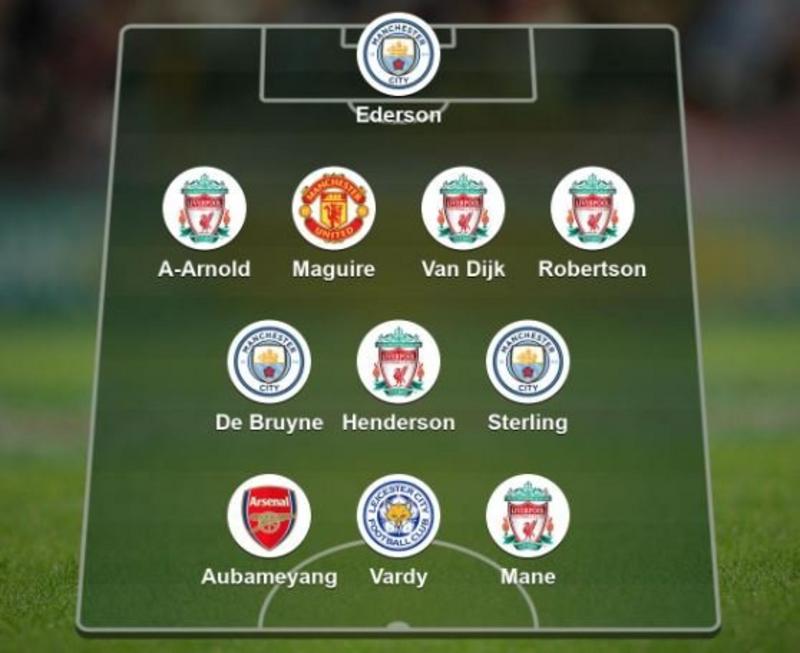 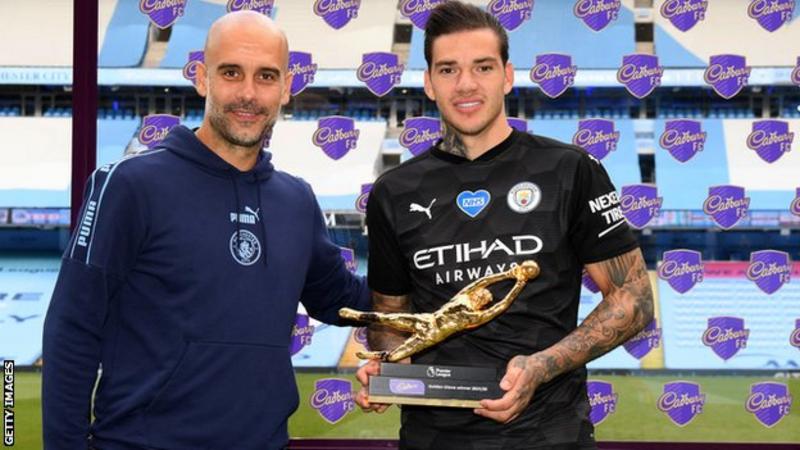 When Manchester City boss Pep Guardiola dispensed with the services of former England goalkeeper Joe Hart I wondered what he was doing.

When I saw Ederson’s brand of goalkeeping, I couldn’t make up my mind whether Guardiola had bought a goalkeeper or another centre-back by mistake. I had never seen a keeper use his feet so much or to such good effect.

There were occasions when it left me watching some matches through the gaps between my fingers, but a new revolution had begun and Manchester City had started it.

Playing from the back has now become almost an obsession but the heart of goalkeeping is about clean sheets. Ederson has done that better, and on more occasions, than anyone in the Premier League this season and with it won the Golden Gloves award. He deserves our congratulations.

Did you know? Ederson kept 16 clean sheets in the 2019-20 Premier League season. 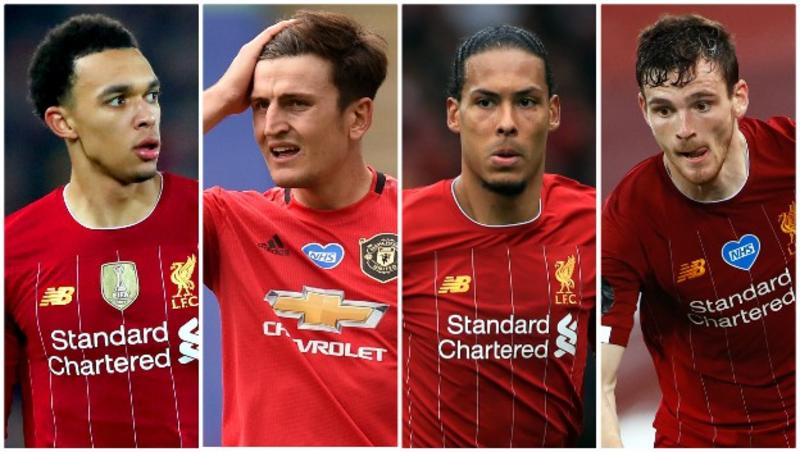 Alexander-Arnold: I introduced myself to this lad last summer at Wimbledon. He was with his mates looking forward to a relaxing day watching tennis. A week earlier I had been in Madrid watching the Liverpool full-back win the Champions League trophy, having beaten Tottenham. He looked in great shape and extremely relaxed.

I congratulated him on his achievement (through gritted teeth) and remarked on how calm he appeared, having seen him destroy a team I once played for and sarcastically said I hoped he didn’t go on to win the title. Well he did. Trent Alexander-Arnold has become a very good footballer very quickly, with bundles of confidence to go with his ability. In fact he is a bit special.

Did you know? Alexander-Arnold has provided 13 assists this season, the most by a defender in a single campaign in the Premier League.

Maguire: This was a difficult decision for me. Harry Maguire and Antonio Rudiger have featured in my team of the week on various occasions and both have played prominent roles in their teams securing top-four finishes.

Rudiger returned to the Chelsea defence in September after suffering a groin injury. Since his return Chelsea haven’t looked back and would have struggled without the German.

Maguire, on the other hand, actually carried Manchester United until Bruno Fernandes burst onto the scene. Not to acknowledge Maguire’s contribution to United’s top-four achievement would have been an outrage. That is why I have selected the England centre-back in my team of the season.

Did you know? Maguire became the first outfield player to start every league match for Manchester United in a season since Gary Pallister in 1994-95.

Van Dijk: I have seen them all – Ruud Krol, Franco Baresi, Paolo Maldini… and then there is Virgil van Dijk. The centre-back is in that class and has thrilled us with his performances for Liverpool for two seasons now. They seem to be getting even better. In fact commentators can’t wait for Van Dijk to make the occasional mistake so they have a talking point.

Van Dijk has come a long way since his days at Southampton but fulfilled all the enormous promise he showed when he was at St Mary’s. The question is, what now? Sergio Ramos is coming to the end of his career at Real Madrid and so is Gerard Pique at Barcelona. I wonder if Liverpool will be enough to satisfy Van Dijk’s ambitions?

Did you know? Van Dijk has become the fifth outfield player to play every minute for his side in a Premier League title-winning campaign.

Robertson: When Liverpool fans sing the names of their full-backs, you know they regard them very highly. In fact, they become part of Liverpool folklore. Legends like Chris Lawler and Alec Lindsay were full-backs who enjoyed such lyrical acclaim. They were also penalty takers and very capable of scoring goals in open play.

Well, Andrew Robertson will have to join the queue of penalty takers at Liverpool at the moment but he’s very capable of scoring goals in open play and Liverpool supporters also sing his name. The young Scot has had another fantastic season and with a left foot like his, he should be scoring more goals.

Did you know? Robertson provided 12 assists this season, his best return in a Premier League campaign. 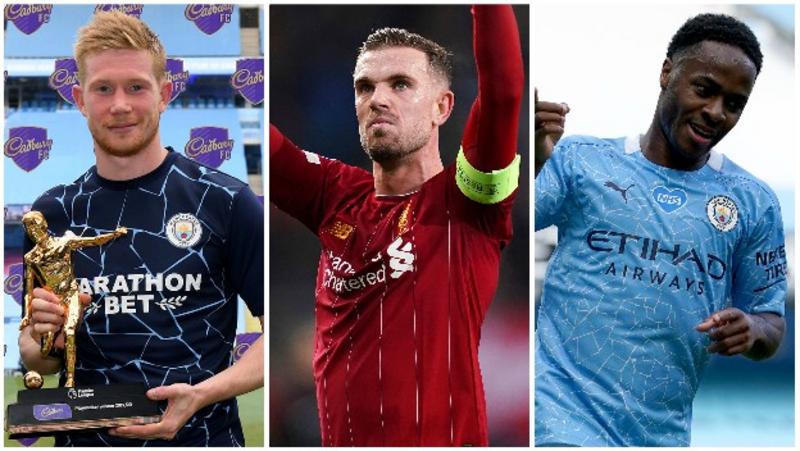 De Bruyne: It’s always a pleasure watching Kevin de Bruyne play football and this season was no exception. The Belgium midfielder returned to action after the lockdown and performed as though he’d never been away.

It has not been a great season so far for Manchester City. They have won the Carabao Cup but in the grand scheme of things, that is not enough for City.

De Bruyne needs to be winning league titles and the Champions League on a regular basis. Players of his ability deserve nothing less. The opportunity still exists to lift the most coveted prize in Europe, but should that elude him questions will surface – namely, are they at the right club?

Did you know? De Bruyne became the second player to provide 20 assists in a single Premier League campaign, after Thierry Henry in 2002-03.

Henderson: Regular readers of my team of the week will know exactly what I think of Jordan Henderson. The Liverpool captain has had another immense season. Last year he lifted the Champions League and now he has claimed the Premier League for the first time in Liverpool’s illustrious history.

This model professional has not only made my team of the week on regular occasions but after repeated calls in my column for the England midfielder’s exploits to be acknowledged by the Football Writers, they have named him Footballer of the Year. And quite rightly.

Did you know? Liverpool dropped more points in the eight games in which Henderson didn’t play this season (8 – W5 D1 L2) than the 30 games in which the Liverpool skipper did feature (7 – W27 D2 L1).

Sterling: Here is another player who needs to be winning trophies on a regular basis, like his team-mate Kevin de Bruyne. Raheem Sterling’s improvement as a footballer under Guardiola has been quite phenomenal. Sterling couldn’t hit a barn door at one stage in his career – now he’s hitting 20+ goals a season and doing so playing anywhere across the front line. Players like Sterling and De Bruyne should be featuring in the Ballon d’Or list on a regular basis. The award recognises the best players in Europe, which invariably means those who win the biggest prizes with the most successful clubs.

Did you know? Sterling became the first Englishman to score 20 league goals in a top-flight campaign for Man City since Brian Kidd in 1976-77. 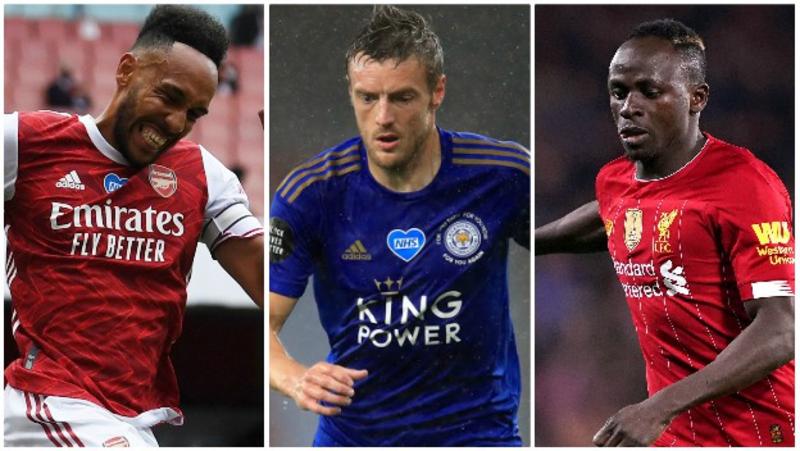 Aubameyang: I despair sometimes with so-called top-class coaches. They come with fantastic reputations and proceed to mess around with the most gifted players. That was the impression I got of Unai Emery at Arsenal with the way he treated Alexandre Lacazette and Mesut Ozil. Fortunately, Pierre-Emerick Aubameyang was far too good, and in demand, to be messed around.

Along comes Mikel Arteta and begins to tap into the talent. He makes Aubameyang his captain and reinstates Lacazette in the team. Too late for a top-four challenge but in time to get them to an FA Cup final. I wonder if the new manager can find room for Ozil next season? Regardless, Aubameyang is the key to Arsenal’s success and they must keep him at all costs.

Did you know? Aubameyang is the first Arsenal player to score 20+ goals in consecutive Premier League season since Thierry Henry (five seasons between 2001-02 and 2005-06).

Vardy: I often attack coaches who can’t improve talented players but I am quite prepared to acknowledge those that can. Brendan Rodgers is, in my view, one of those coaches.

The transformation in the performances of Jamie Vardy at Leicester City has been quite extraordinary. The centre-forward is no longer just a finisher. His all-round contribution to his team’s performances are almost unrecognisable from the season when they won the title – but it has not affected his goal tally. This was a lad who could run and whack a ball. Under Rodgers he has become a footballer and still managed to win the Golden Boot. Impressive.

Did you know? At 33, Vardy is the oldest player to win the Premier League Golden Boot.

Mane: Some readers might have expected Mohamed Salah to be occupying this slot in my team of the season and not Sadio Mane. Both players have made enormous contributions to Liverpool lifting the title this season but there is no doubt in my mind that Mane has been the more consistent of the two strikers.

There were also times, when it was clear Liverpool were champions, when I got the feeling Salah was becoming rather greedy in games and obsessed with winning the Golden Boot award. I never got that feeling with Mane and that is why he is in my team of the season.

Did you know? Mane’s goals were worth 18 points to Liverpool in the league this season – only Daniel Sturridge in 2013-14 (20) has earned more points for Liverpool with his goals in a single campaign.