Gary Lineker proved that there is no such thing as whiteness 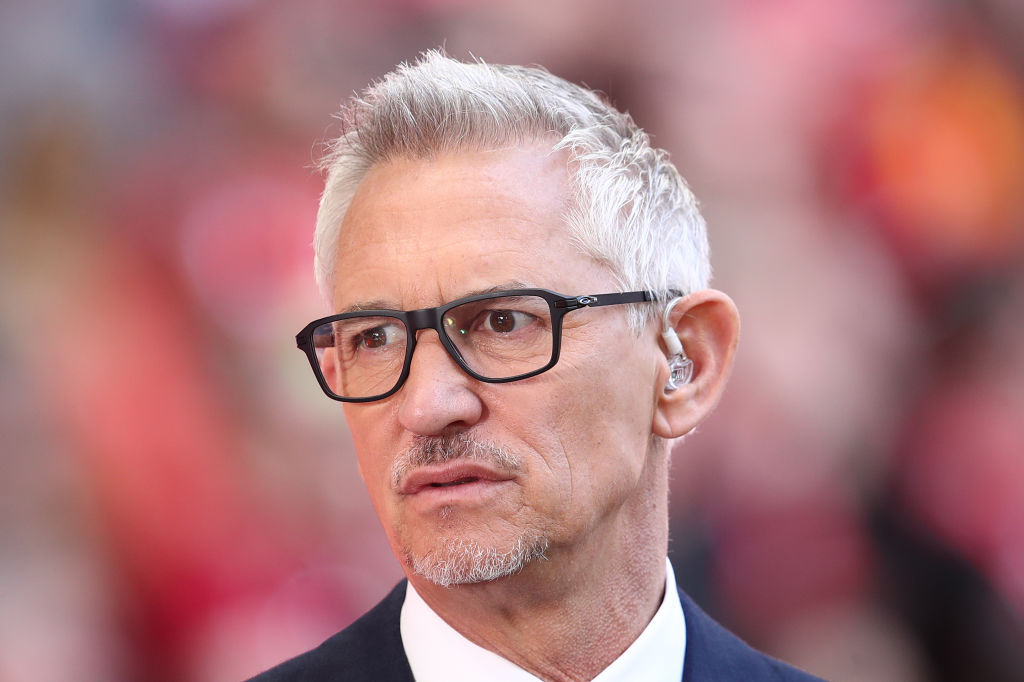 It is hard to think of an ideal that is more irrational and illogical than whiteness.

It is a concept that is as laughably fictitious as the talking wolf in Little Red Riding Hood, yet this hilarious genetic lottery has become a purity test with deadly serious consequences.

With all of the above said – alongside the nuclear weapon and compound interest – whiteness is one of the most powerful ideas man ever conceived.

As a young, gifted footballer with darker skin and a wider nose than whiteness would expect – or accept – Gary Lineker learned this the hard way.

To the amazement (and dismay) of many, Lineker recently revealed that he faced racist abuse, despite the fact that he is actually ‘as English as they come’.

He told the High Performance Podcast: ‘I was this tiny geeky kid, with darkish skin and I had pretty much racist abuse – although I’m not [non-white], I’m as English as they come – all the time. Even in professional football I had that a couple of times.’

Historically, to be as ‘English as they come’ is, of course, to have won the EuroMillions of whiteness.

The very last thing you would expect is that you too would be on the receiving end of abuse typically reserved for those who don’t qualify as white.

This surprising strand of racism – the failure to outwardly exhibit the necessary purity of whiteness – is more common than is given credit for.

Take for example, the case of Tabatha Stirling.

Last year, it emerged that Stirling – a book publisher who was later exposed as a white nationalist – had a conference call with the fascist group Patriotic Alternative, which was leaked.

On the call, Stirling could be heard tearfully defending her ‘integrity’ as a white person and as a white nationalist.

In a moment of extreme antisemitism, at one point she bats away fascist suspicions of her being Jewish and therefore not white (or not white enough) for a white nationalist movement.

She went to extreme lengths to deny being Jewish and prove her whiteness. At one point, she offered what she called an ‘ancestry document’, which she said showed her to be ‘100% European’.

Unlike Stirling, Gary Lineker was never trying to become a member of a white nationalist sect.

He was trying to become a professional footballer. But the ‘purity’ requirements of full racial acceptance persistent in a space that is as mainstream and coveted as it gets in Britain.

Whiteness is fidgety. Once upon a time, the Irish and the Italians (especially the Sicilians) were – like Black people – considered racially inferior to ‘white’ people.

Historically, to be as white ‘English as they come’ is, of course, to have won the EuroMillions of whiteness

Anyone who has watched the 1993 film, True Romance, may remember the Moorish history drenched phrase: ‘Sicilians were spawned by n*****s’.

Before they ‘achieved’ whiteness, Italians were often on the receiving end of treatment usually reserved for Black people.

Case in point: What is often described as the ‘largest lynching in US history’ was committed in New Orleans against 11 Italian Americans in 1891.

A year later, the US government paid $25,000 in reparations to victims’ families. The Mayor of New Orleans officially apologised for the atrocity in 2019.

Again, this shows that just being slightly different from the norm, just being a little darker skinned, a little tanned (as Gary Lineker was) was more than enough for Italians to be othered.

Back to Blighty. If anyone was low-hanging fruit for a book deal, it is a truly gentle man called Anthony Ekundayo Lennon.

Anthony and his brother were born to two white Irish parents – both of whom would have met the qualifying threshold of whiteness at the time.

One issue: Anthony Ekundayo Lennon and his brother both looked visibly Black. They looked like mixed-race (or light-skinned) Black children complete with Black textured hair, despite having ‘white’ parents.

This most beautiful curiosity of biology led to a social backlash of the worst racism possible. Racism that helped shape Anthony’s life. For example his own school caretaker called him ‘n****r’ and threatened to attack him with a dog.

This racism was once again maliciously whipped up when he applied for funding for a leadership course intended for ethnic minorities and was labelled a British Rachael Dolezal – a white American woman (one who meets the threshold of whiteness) who pretended to be Black.

Like Gary Lineker, on paper, Anthony Ekundayo Lennon was white. Whiteness, however, is not rational.

In exposing this Gary Lineker has done us all and our collective bright, beautiful, and diverse future, a huge favour.