‘I’m not sure how that isn’t a foul’: Gary Neville and Roy Keane both insist Bukayo Saka WAS fouled in the build-up to France’s opening goal against England after the Arsenal winger was hauled to the floor by Dayot Upamecano

Questions are being asked whether France’s opening goal during their World Cup quarter-final against England should have stood, after Bukayo Saka was fouled by Dayot Upamecano in the build up.

England could have had a penalty moments later, after the Frenchman also brought down Harry Kane on the edge of the penalty area, but VAR decided that no foul should have been awarded.

Speaking at half-time, Gary Neville commented on both incidents, candidly admitting that the tackle on Saka should have been given as a foul. 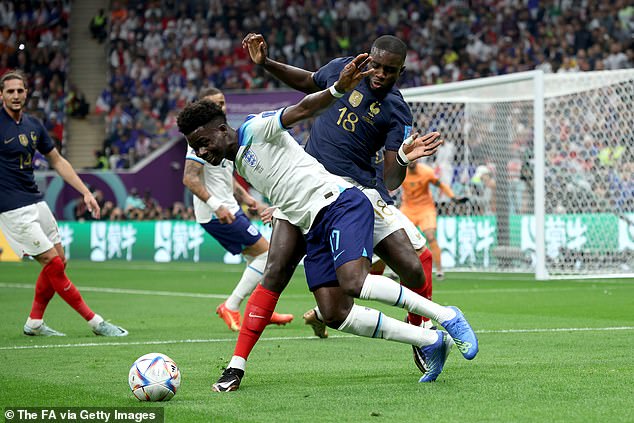 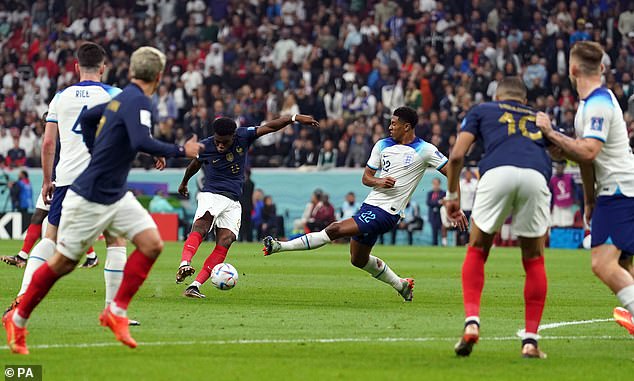 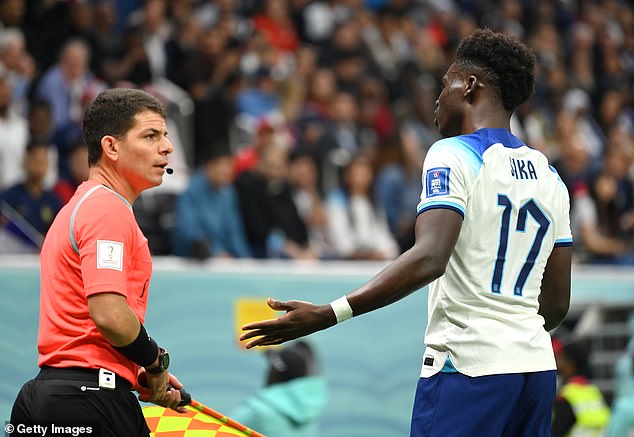 ‘It’s not excuses there is 45 minutes to go, we’ve got to play the game of football and get back into the game,’ the former England defender said to BBC Sport.

‘The one with Saka and the one with Kane and I think it is just a simply decision. It’s not his first one, it’s that one there, where he has kicked his leg away.

‘I’m not quite sure how that isn’t a foul. He is nibbling, nibbling and he’s kicked his leg away. It’s a foul.’ 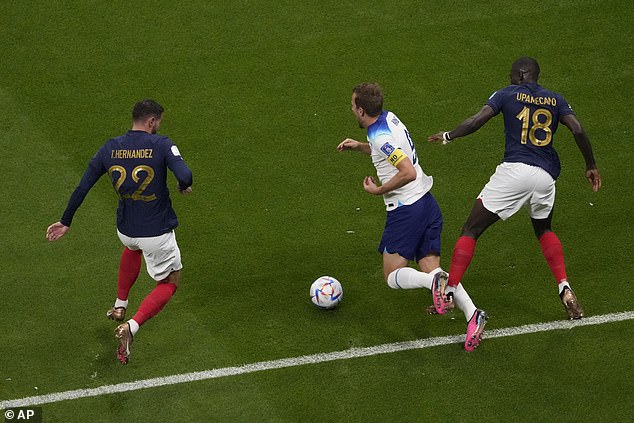 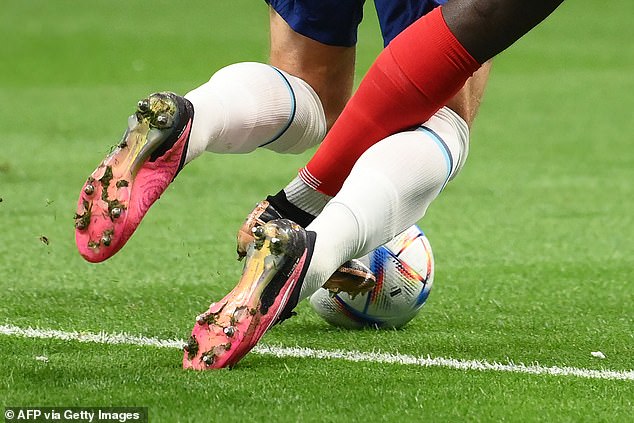 The 21-year-old received the ball on the edge won the ball in the French penalty area, before Dayot Upamecano came through on the young winger from behind forcing him to the floor.

France subsequently countered on England, attacking with pace and catching Gareth Southgate’s side off-guard, with Aurelien Tchouameni striking a long-range effort past Jordan Pickford to break the deadlock.

Ian Wright and Roy Keane were also on punditry duty during the match and concurred with Neville’s sentiments.

Wright said: ‘There is, you have to say by the time they get up there it does seem like Tchouameni has a lot of time there to get his shot off. 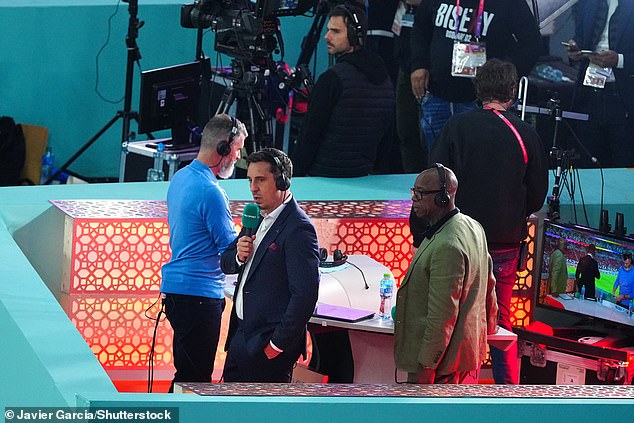 Gary Neville, Roy Keane and Ian Wright on punditry all agreed that Saka was fouled

‘I think it’s very difficult to see that not given, especially in the current climate with what they give fouls for.’

Defensively, England struggled to control Les Bleus on the break, with the French attackers stretching their opposition across the pitch. England also failed to shut down Tchouameni who was given a free shot from 25-yards out.

Keane agreed bluntly, saying, ‘It should be a foul.’

‘There is a few bad decisions there, Rice going to ground and you’ve got two or three midfielders back in there. Brilliant strike. keeper could he do better, I think so. They’ve got to get out there. England will be disappointed.’

It was France’s star left winger, Kylian Mbappe who initiated the attack, and Neville was also quick to criticise the Three Lions for going to sleep as the French pressed.

‘When Mbappe releases the ball they think the attack is over,’ Neville said. ‘They think they’ve seen the danger off, but they haven’t done.’