LIONEL MESSI turned down the chance to score his first hat-trick of the season to hand a penalty to Antoine Griezman.

Barcelona would not have begrudged the Argentine, 33, from grabbing the ball for a late chance to bag his third goal against Getafe on Thursday. 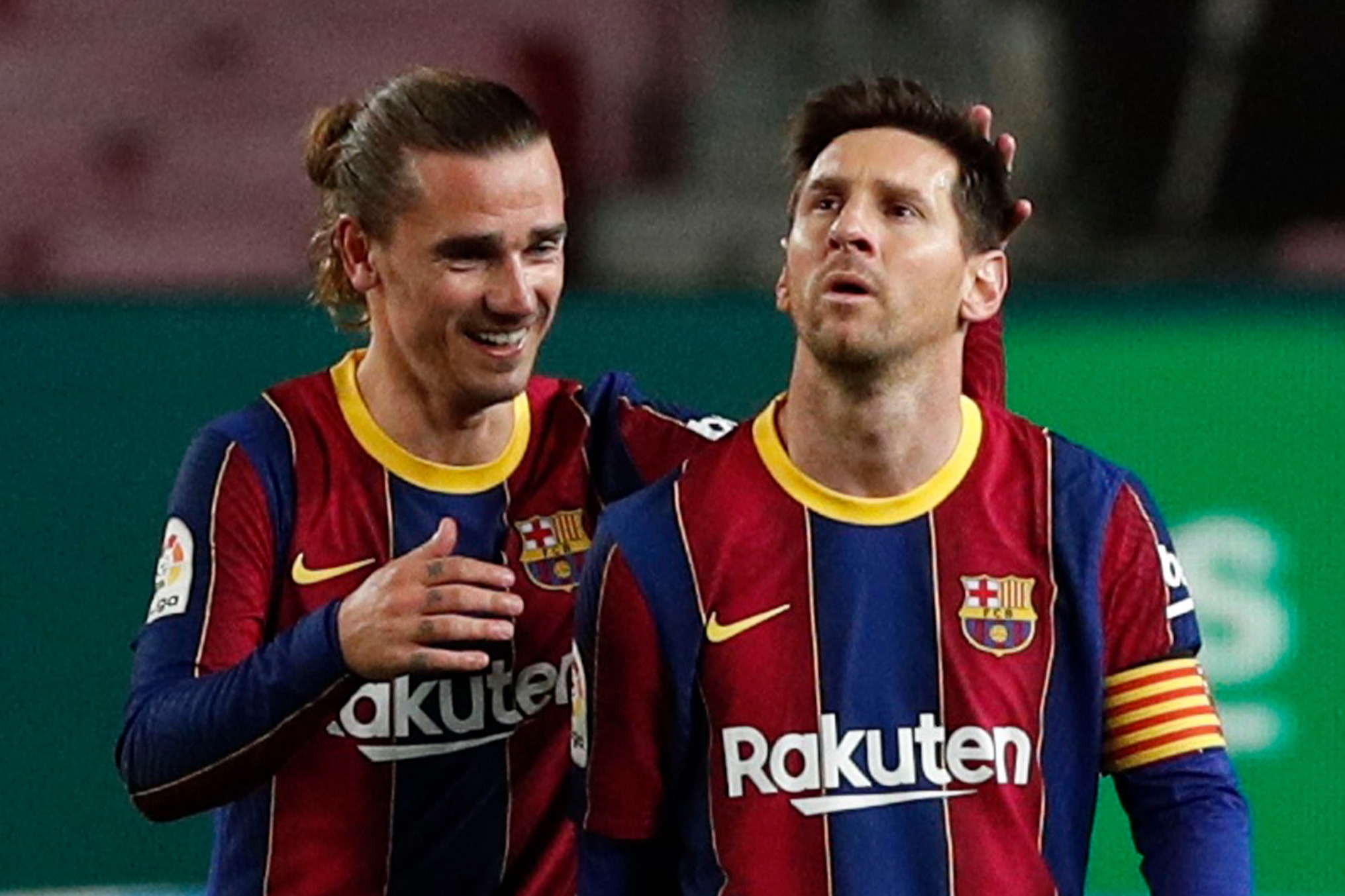 However, with the points in the bag, he allowed team-mate Griezmann the chance to find some form in front of goal.

It was the French forward who won the late spot-kick at the Camp Nou, with Barcelona leading 4-2.

Instead of Messi commandeering the opportunity to score his eighth penalty of the season, Griezmann drove it hard and low into the net – the ball clipping the post as it escaped David Soria's dive.

The 30-year-old former Atletico Madrid player is still yet to hit double figures for the LaLiga campaign as the Catalans look to overcome a poor start to win the title.

Messi remains the league's top scorer with 25 goals after his brace on Thursday.

Yet the club are statistically less reliant on their talisman than rivals Real Madrid are on Karim Benzema.

The Frenchman's 21 LaLiga strikes account for 38 per cent of his team's total, higher than Messi's 34 per cent of Barcelona's goals.

An early one-on-one finish from Messi set his side up for victory over Getafe but the capital club hit back quickly with a Clement Lenglet own-goal.

A calamity own-goal from the visitors allowed Barcelona to stretch out a lead with Messi's second, this time from a tight-angle rebound.

Enes Unal replied before a Ronald Araujo header for the Blaugrana and Griezmann's penalty sealed the win.

Barcelona are five back with a game in hand while Sevilla, who beat Levante the night before, are a further point behind.

Ronald Koeman said after the match: "[Messi] never slows down, if his concentration ever drops it doesn't show in his game.

"We need him. Today he has been decisive again."