GOODWOOD'S finale sees the Unibet Stewards' Cup take centre stage, with hot handicaps aplenty. The crowds are back, but only for the 5,000 lucky members.

Callum Jamieson picks his way through the card with a few punting pointers to hand. 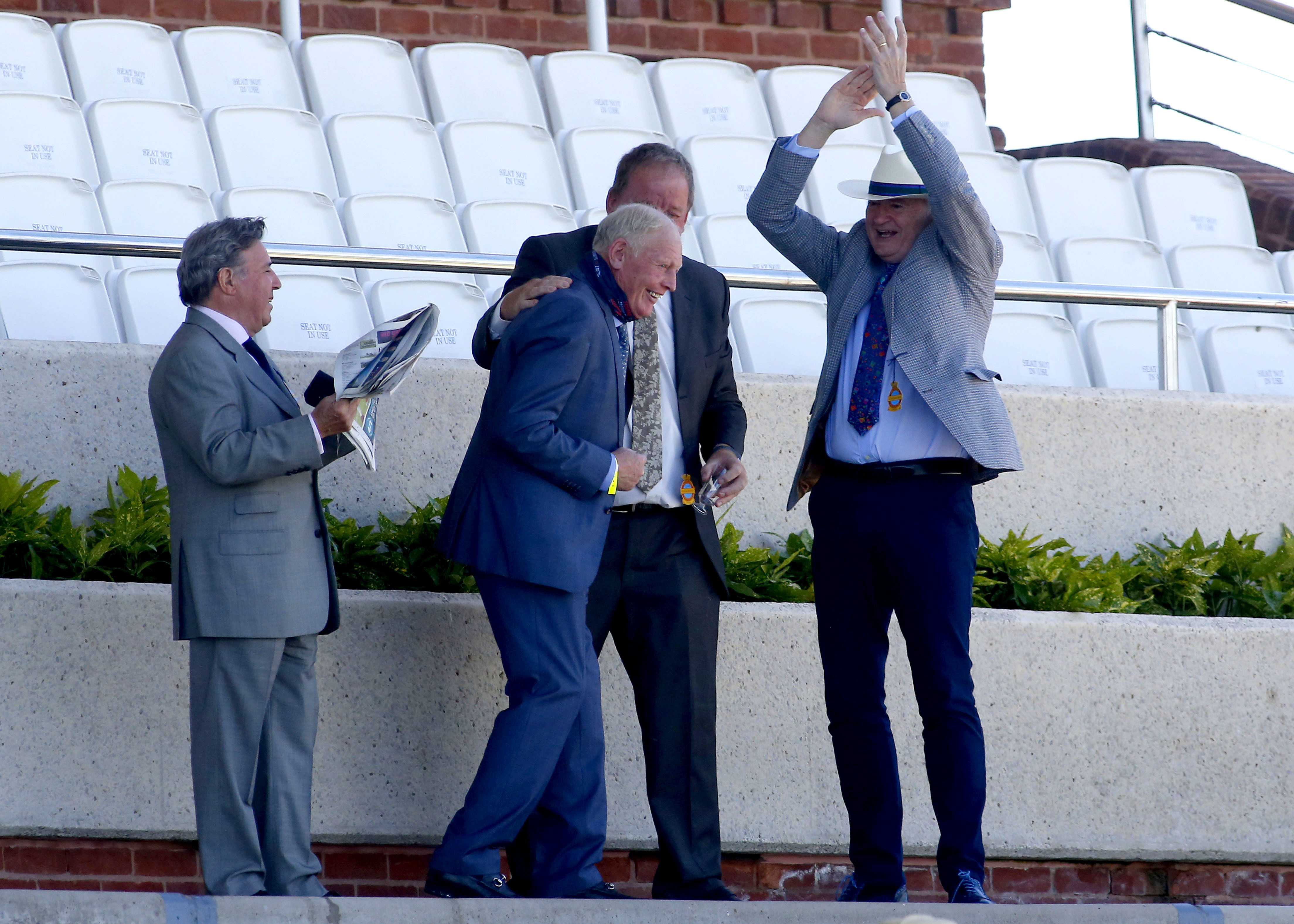 T&Cs: New customer offer. Place a single £10 (or £5 e/w) Sports bet in the 13:10 Goodwood on Friday, 31st of July and get a £5 free bet for each of the subsequent race. Deposits using Credit/Debit cards or Apple Pay only. Free bets are only valid for the specified race and are awarded when the qualifying bet has been settled. Free bet stakes not returned with winnings. T&Cs apply. 18+ Begambleaware

He has two big chances, but it's his CALL ME GINGER who I side with from 2018 winner Tommy G.

Both have a great opportunity to strike, but the four-year-old gets the nod and has threatened to win a good race on his past couple of starts.

His latest second to runaway Scottish Stewards' Cup Meraas was a rok-solid effort and Goldie would have let out a sigh of relief when he saw the handicapper leave him alone in the weights.

A repeat of that effort should see him go very close off a mark of 83.

His stablemate Tommy G is very well-weighted on all form and is a massive threat. He goes very well at the track.

Hot favourite Rewaayat bolted in last time, but has been chucked up 12lbs and can be passed over at short odds.

At big each-way prices, Highly Sprung and Batchelor Boy should not be discounted.

A staying handicap with ten set to go to post and Sir Michael Stoute's Laafy heads up the betting.

He's kicked on this year at four, putting two good efforts in over a mile-and-a-half. The step back up in trip should be no issue, but he's crept up to a mark of 101 and will need to improve markedly again.

He's never been the most consistent horse, and at such a price can be passed over.

I have two on the shortlist and SHAILENE looks a terrific each-way punt.

She was third in this race last season and is only a couple of pounds this time around. Trainer Andrew Balding tends to run her in stakes races, and she can show her class back in a handicap.

Trainer Mark Johnston has a great record in this race and his THEMAXWECAN is the second dart.

He stays all day, will get his ground and expect him to be ridden positively. He should have another win under his belt off his current mark.

A small field of four assemble for this Group 2 and it's not the most attractive heat for punters.

ENBIHAAR should take all the beating back on her preferred quick ground, despite the penalty.

She won this race impressively last season and it's hard to say this race is any tougher on paper.

She will come forwards for her run at Newmarket and is a cut above these. She's short enough though and I can't see myself getting involved. The market has it right.

Manuela De Vega was second in this last year when getting a stone. She gives the jolly 3lbs here and it's hard to see her reversing the form.

The dangers look to be the more unexposed pair of Snow and Cabaletta who both get plenty of weight.

In what could prove a tactical race, they may well cause a surprise.

It can pay to side with the improving three-year-olds in this race these days and MERAAS fits the bill for me.

He's up 6lbs for that but looks a Group horse to me and has a very similar profile to last year's winner Khaadem.

The quick ground is a slight question mark, but drawn in four, expect him to be pinged out and hard to pass.

Kimifive – a cliff horse for many – is bound to pop up with a big win before the season is out. He's an each-way player.

Louis Steward is back on Swindler and this is a Group sprinter. He just tends to throw his toys out of the pram on the track.

At a big old price I think it might pay to chance Atalanta's Boy. He's worth a few quid win-only, given the way he runs.

Not an easy race to end on and top two in the betting could take all the beating.

Both Mister Snowdon and Society Lion are completely unexposed and both were taken out earlier in the week and re-routed here.

But the one I fancy is William Haggas's COLD FRONT.

He shed his maiden tag at the fourth time of asking last time out after three frustrating, but promising seconds.

They were all in good races and now in handicaps he can continue his progress for a yard continuing to bang in the winners.