ILKAY GUNDOGAN has named just four of his Manchester City teammates in his best XI of stars he's played with.

The midfielder has lined up alongside a host of world-class talent at the Cityzens as well as Borussia Dortmund and the German national team. 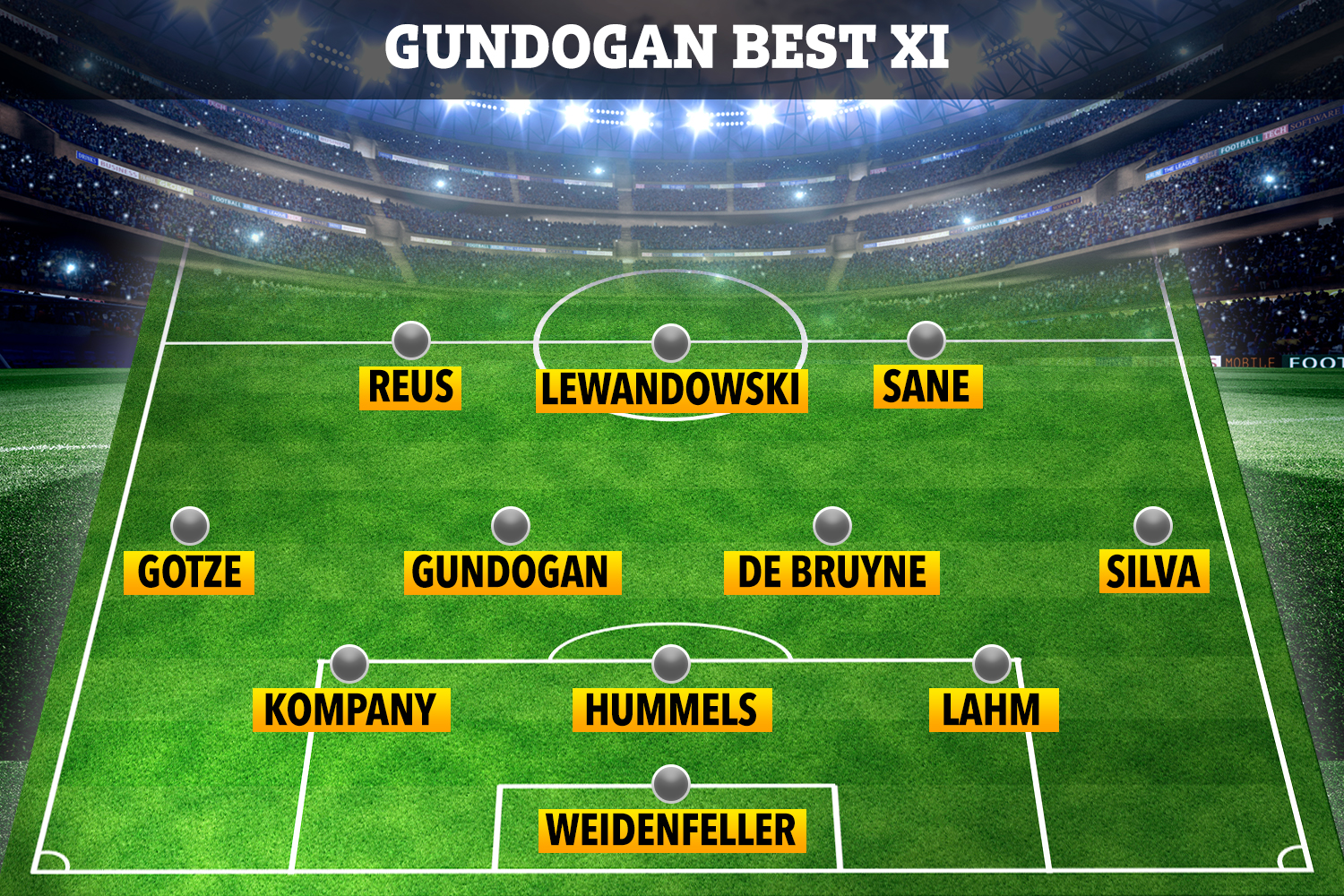 And that has meant the likes of Sergio Aguero, Raheem Sterling, and Mesut Ozil have all been left out in the cold for Gundogan's best XI.

The 30-year-old opted for compatriot and former Dortmund keeper Roman Weidenfeller between the sticks over Manuel Neuer and Ederson.

Germany legend Phillip Lahm completes a three-man defence despite only playing with the City star on five occasions for their country.

And the German international has every right to pick himself in his team having bagged successive Premier League player of the month awards.

But it does mean there is no room for the likes of Toni Kroos, Yaya Toure, Joshua Kimmich and Bastian Schweinsteiger.

Gundogan then opted for two playmakers to play ahead of him and KDB and former Arsenal star Ozil is snubbed in favour of Mario Gotze.

His former City teammate David Silva meanwhile has cemented his spot in behind the fearsome duo of Marco Reus and ex-City speedster Leroy Sane on the wings.

Gundogan potentially has the most options to choose from at centre-forward, having played with Aguero, Timo Werner and Pierre-Emerick Aubameyang.

Yet it is hard to argue with Bayern Munich hitman Robert Lewandowski, who scooped both FIFA and UEFA's male player of the year last term.