There have been fresh calls to boycott World Cup hosts Qatar over their human rights record. 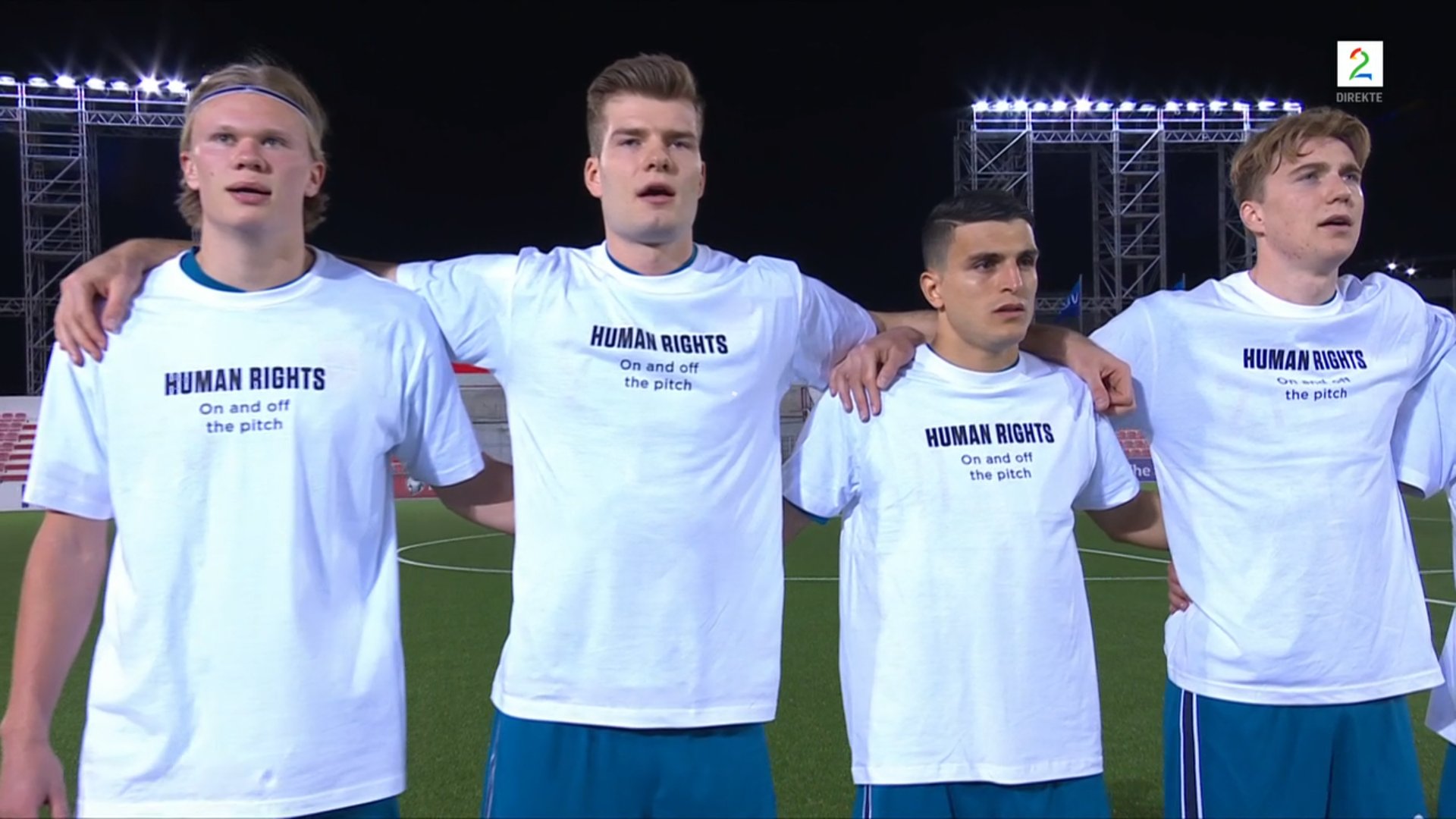 And Norway players proudly lined up before kick-off with a white shirt bearing the message: "Human rights. On and off the pitch."

The Norwegian national anthem rang out as the players looked on defiantly.

Their stance comes after shocking claims of worker mistreatment by Qatar since they were named World Cup 2022 hosts a decade ago.

The Guardian says over 6,500 migrants from countries including Sri Lanka, Pakistan and India have died working on construction sites in Qatar.

Among structures being built are new stadiums, roads, an airport and even a new city.

And the issue of the lack of human rights for migrant workers in the country has become more prominent ahead of this month's first qualifiers for the tournament.

Liverpool and Holland Georginio Wijnaldum reacted angrily when asked by a journalist about playing in Qatar next year before tonight's 4-2 defeat in Turkey.

And Norway have now made their stand against injustice in the Middle Eastern nation.

Meanwhile, SunSport exclusively revealed this month that tickets for the World Cup Final are already being flogged for over £42,000.

The hospitality packages are only available if at least two are purchased together.

And it allows punters to also gain tickets for the semi-finals and third-place playoff.