Hannah Mills became the most successful female Olympic sailor in history by taking gold in the women’s 470 as Britain continued to rule the waves.

After a terrific Tuesday at Enoshima Yacht Centre that saw two golds and a silver for the British team – including a second title for Giles Scott in the Finn – it was Mills who took centre stage with her team-mate Eilidh McIntyre.

They came into the medal race with a commanding 14-point lead but even that margin of advantage can count for little with double points on offer and the tension ratcheted up. Scott nearly squandered a big lead before winning in the dying moments.

But Mills, 33, and McIntyre, 27, made it look relatively plain sailing here. They spent most of the race in second place but finished fifth, which was more than enough. 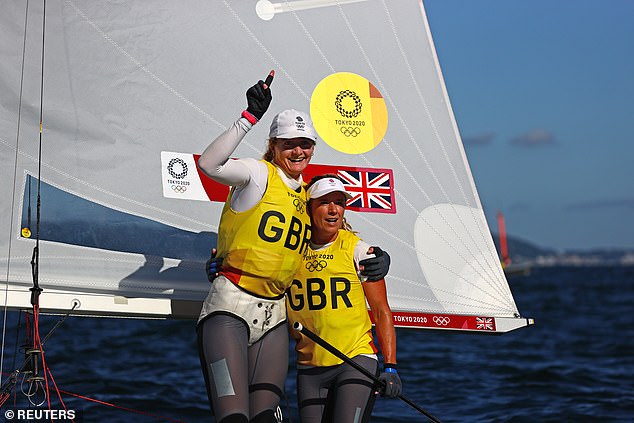 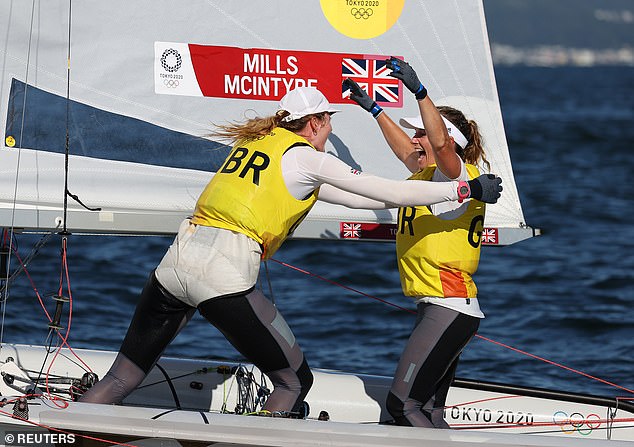 Already assured of a medal entering the final race, Mills and McIntyre held their nerve for gold 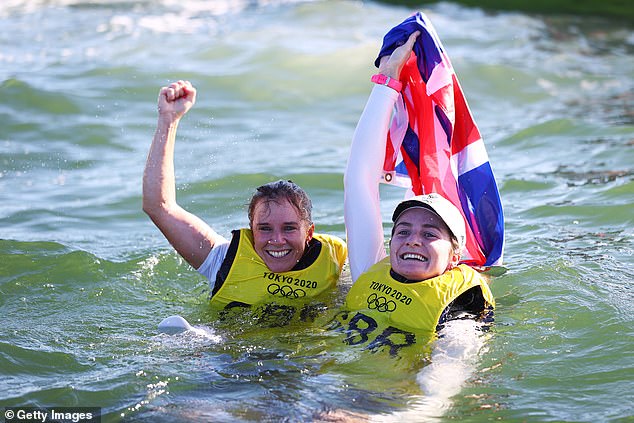 Mills, who was one of the Team GB flag bearers at the opening ceremony, won gold in the class in Rio five years ago and took silver at London 2012.

McIntyre, 27, emulates her father, Mike, who won gold for Britain in the star class at the 1988 Seoul Games.

Poland took the silver medal and France the bronze. 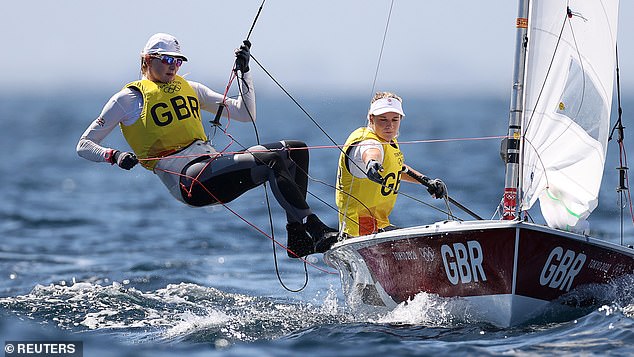 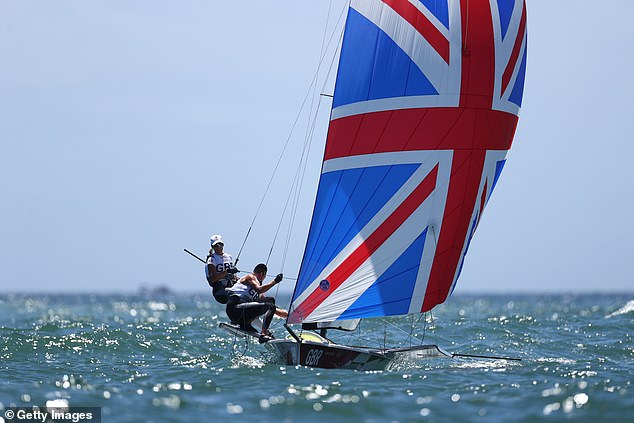