EMMA HAYES is “fully focused” on helping Chelsea beat Man City despite the furore surrounding the Blues’ role in plans for a European Super League.

And the Kingsmeadow boss says she has no knowledge of controversial proposals to set up a women’s version of the breakaway division. 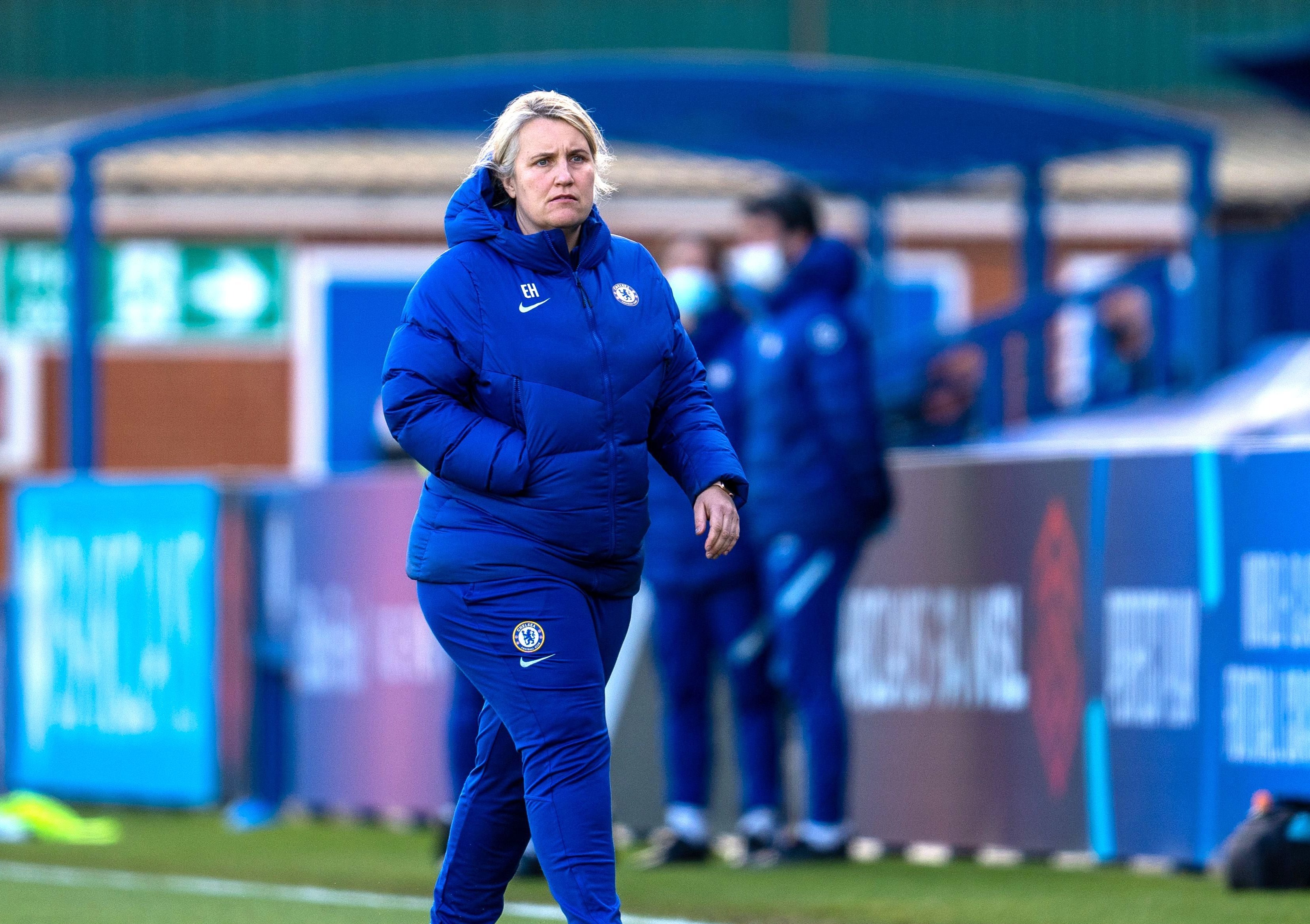 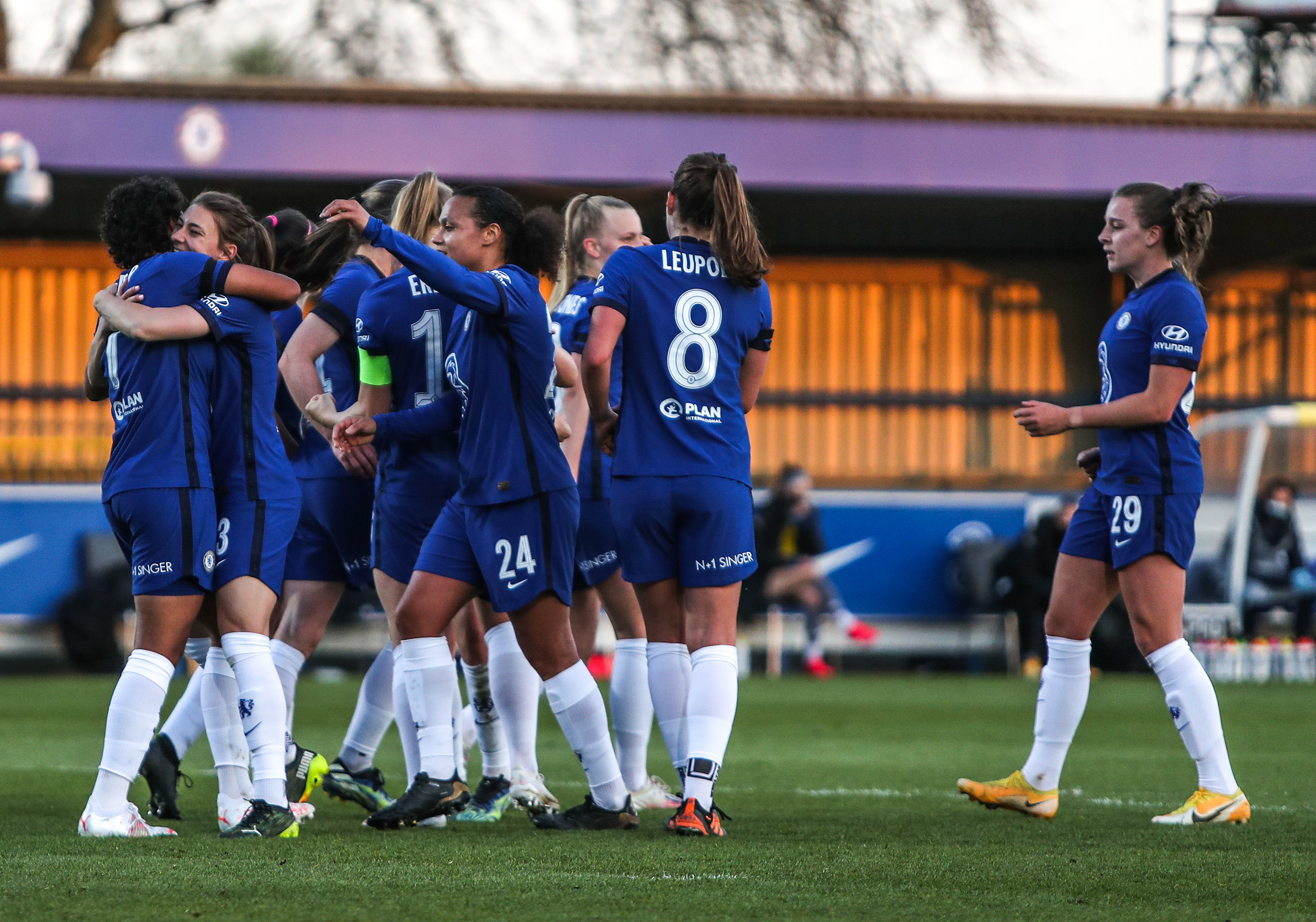 Hayes, whose aces aim to strengthen their grip at the top, was speaking hours after the Blues revealed themselves as one of six Prem giants joining the league.

A Chelsea statement on the £4.6billion 12-team competition – which entails no relegation – says a 'corresponding women’s league will also be launched, helping to advance the women’s game as soon as practicable.'

However, Hayes, whose team will visit Man City – who are also among the ‘Big Six’ sides joining the league – says she knows little about the proposals.

The Chelsea boss told reporters: “I don't know anything about it (a women’s league). I've been on the training pitch mostly.

“I don't know about any conversations around those things. I leave those matters to people at the top end of football.

“I'd love to tell you I was sitting down reading a lot about it late on Sunday night, early Monday morning.

“The reality is, I haven't looked at any media. I haven't had time to have an opinion, to be honest.”

The breakaway plans, which include six other football giants from Italy and Spain, have been met with growing anger and dismay within the sport.

FA President Prince William and Fifa Council candidate Laura McAllister are among the influential figures who have criticised the move. 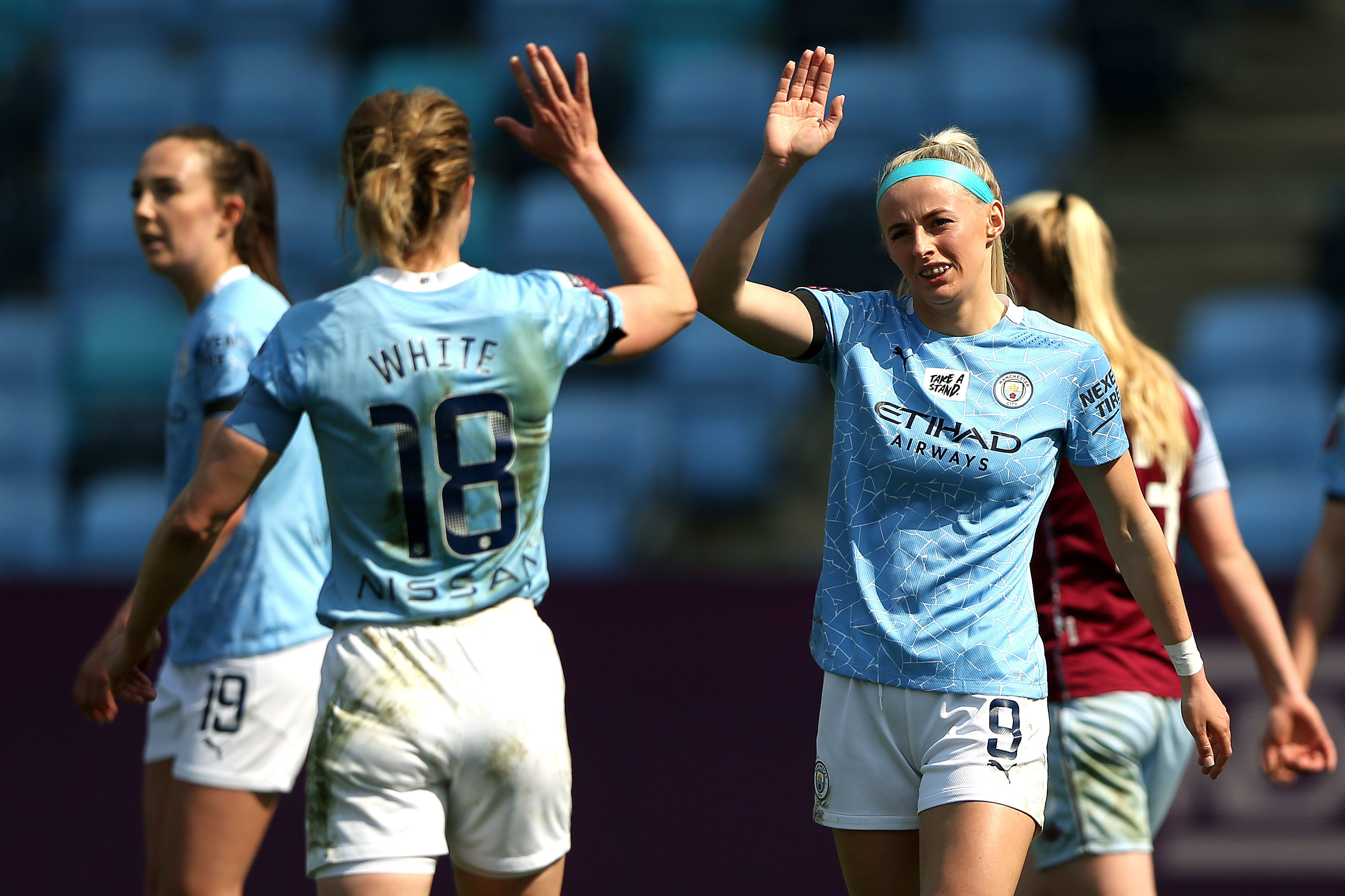 And Blues supporters network The Chelsea Social fears plans for a corresponding women’s European Super League would ‘ignore a number of clubs with a serious pedigree in the women’s game’ and ‘prioritise those with the deepest pockets.' 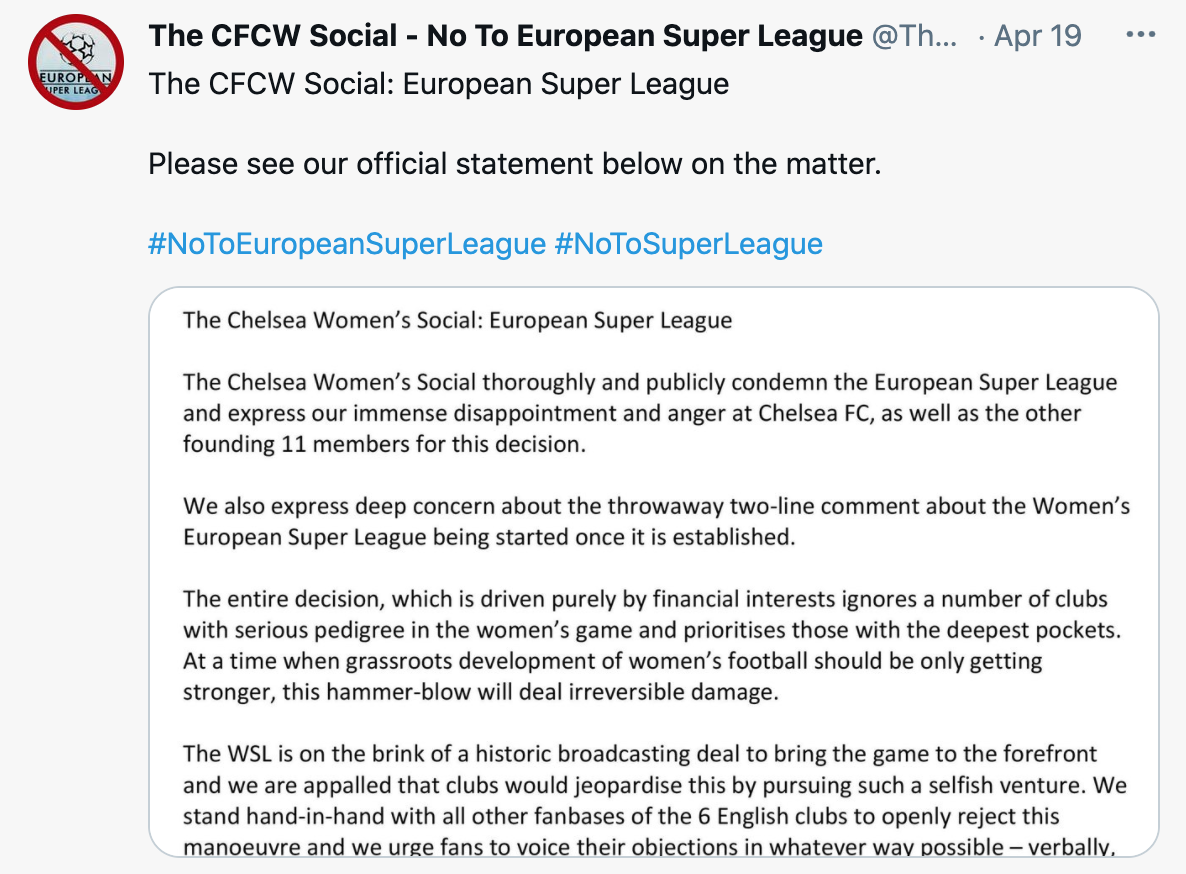 Hayes, whose team are bidding to retain their WSL crown says registering a second win at Man City’s Academy Stadium fortress is her priority.

The Blues gaffer added: “I've just had my head fully focused on Wednesday's game and I'm paid to win football matches so I'm just focusing on the game.”

Just two points currently separate Chelsea from City who are second in the table.

And the WSL champs have won 16 matches and drawn one less than their in-form rivals who have picked up maximum points from nine league games this year.

A victory for the Blues would see them move five points clear at the summit with just two games remaining against Tottenham and Reading.

It would also give them a boost ahead of the first-leg of their Champions League semis clash with Bayern Munich.

This term Chelsea are aiming to become the first English side since Arsenal to win the top prize for women’s football clubs in Europe.

“But these are two different competitions and you do perform differently in the league over the Champions League as it's a different style of opponent.

“I think for the neutral our match against Man City is going to be a great game to watch knowing that the outcome will play a massive factor in where the league title is going to end up. 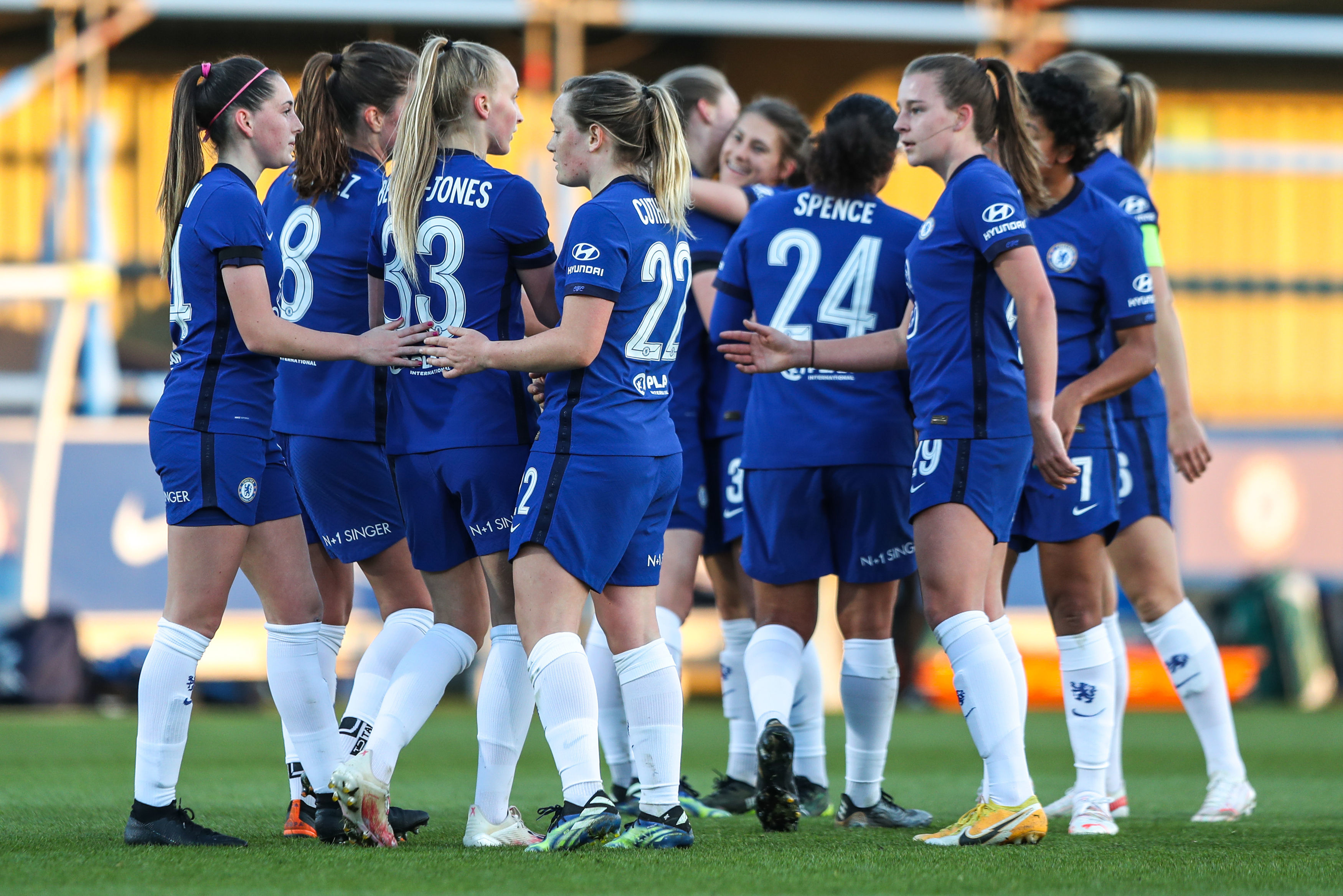 “I've been here long enough to know that I'm used to these games, so forgive me for not sounding delirious about it.

"It's just another one for us in what has already been a brilliant season so far.

"What I know is that this these are the top two teams in England, playing on Wednesday vying for the league.

“And I think Man City's qualities, throughout the season with the quality that they've got amongst their group, have demonstrated why they are in and around it.”