Home » Higgins: It's the best I've ever played but I still marvel at O'Sullivan 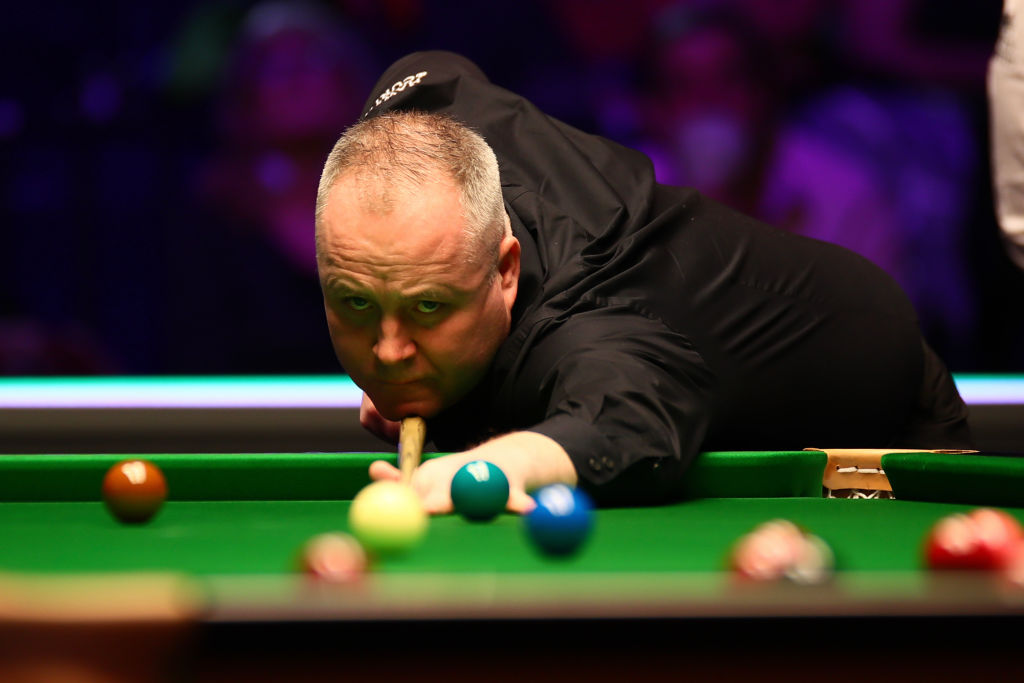 John Higgins feels he is playing the best snooker of his incredible career after beating Mark Selby 6-0 in the Players Championship quarter-finals on Friday, but he still can only marvel at the performances Ronnie O’Sullivan is producing.

Higgins turned in an incredible display on Friday afternoon, with Selby scoring just seven points in the entire match as he was whitewashed by the Wizard of Wishaw.

The four-time world champion was near-perfect in every department and looked as good as he ever has over his epic career, as he set up a semi-final clash with Kyren Wilson on Saturday.

The 45-year-old feels more comfortable with his game now than he ever has, having tweaked his technique when addressing the cue ball, which is remarkable given what he has achieved in the game.

‘It’s probably the best I’ve played ever,’ Higgins said after beating Selby. ‘That’s me being honest. Maybe when I was winning tournaments and different things…but I’ve never felt as in control as I was there.

‘I’ve got nothing…I feel obviously brilliant about my game but it doesn’t mean you’re going to win because it’s so hard nowadays with these top players.’

Higgins’ destruction of Selby came a day after O’Sullivan hammered Jack Lisowski 6-1 with a different kind of victory, but an equally worrying one for future opponents.

The Rocket was at his fluent best in making breaks, while Higgins was showing off his rock solid match play, along with some very decent scoring of his own, but the Scot accepts he will always go about things in a less flashy way than the Englishman.

Asked whether watching the O’Sullivan performance spurred him on, Higgins said: ‘Not really…no. He’s a genius, absolute genius at the game. I’m happy to do it a little bit differently.

‘I know how good he is. When you see something like that I don’t think it spurs you on, you just marvel at it and take your hat off, give it a clap and think it’s incredible. That’s all you can do.’

Higgins, incredibly, has not won a ranking title since 2018 although that barren spell is sure to come to an end if he can continue the form he has shown in recent months.

The Wizard narrowly missed out on the Masters title in January, losing to Yan Bingtao in the final, and although it has been a stop-start time since then, he feels he has been in a good place throughout.

‘I went to the German [Masters] feeling good about my game but I tested positive for Covid which put me on the back foot, then I went to Wales [Welsh Open] and played pretty well there.

‘Ali [Carter] just beat me in a decider, played really well. So I wasn’t too disheartened coming here, I still felt my game is in decent shape and the first two matches I’ve kept it going.’

Selby was not too disheartened by the heavy defeat after watching a genius at work on the table and could only praise the mesmerising standard that the Class of 92 is still producing.

Mark Williams said at the Welsh Open that he and his contemporaries are not the players they used to be, but Selby is not sure that is the case, it is just that there are more good players competing with them.

The two standout performances of O’Sullivan and Higgins looked something like the unstoppable force and the immovable object and Selby believes there is nothing between them if they both play at that standard.

‘It’s just a spin of a coin really,’ said Mark. ‘John showed his class last time when they played each other in the Masters, he played almost faultless snooker and Ronnie played well as well.

‘When you get two class players like that playing at the top of their game it’s just a matter of on the day a bit of luck here and there. You can’t really pick a winner it’s just if the ball runs a bit for John it’ll be him, and vice-versa for Ronnie.’

O’Sullivan has booked his place in the Players Championship final after coming from 3-0 behind to beat Barry Hawkins 6-4 on Friday night, but Higgins has work to do to arrange another meeting with his old rival.

Kyren Wilson awaits the Wizard in the second semi-final on Saturday night and the Warrior is more than capable of spoiling the narrative of a Higgins vs O’Sullivan final after dominant wins over Ryan Day and Neil Robertson in the first two rounds.

‘I’ve been playing this sort of standard all season,’ said Kyren after beating Robertson 6-2, ‘I’ve been coming up against the likes of Neil Robertson in the quarter-finals and losing at those hurdles.

‘At some point, you’ve got to keep putting yourself in that position and try your best to get over that hurdle and I was delighted to do that again today.’

Higgins and Wilson meet at 7pm on Saturday, with the winner playing O’Sullivan over two sessions on Sunday.

Best, Higgins, i, It's, the
World News