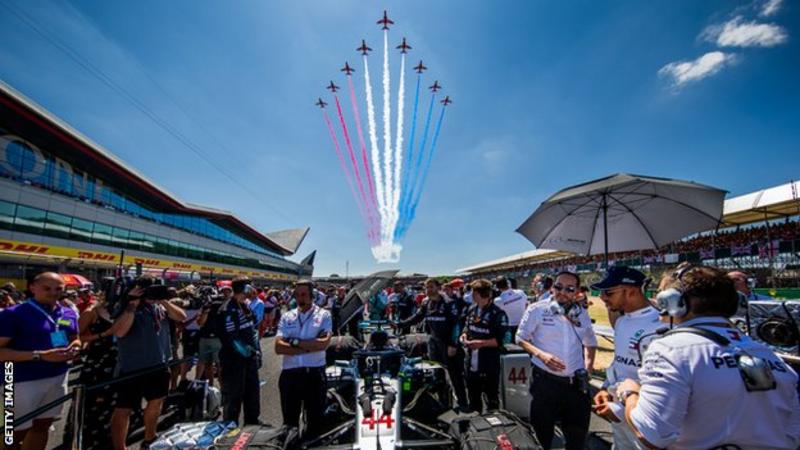 There is hope that major sporting fixtures including the British Grand Prix double-header and international cricket could still take place in England this summer, despite new quarantine rules.

This summer there are two grands prix planned at Silverstone and a West Indies Test series against England, while football and horse racing are due to restart in June.

The first list of professions exempt from the quarantine scheme is not expected to include those involved in sports events but it is hoped this could be amended at the first review point.

From 8 June, sportspeople coming to the UK from abroad will need to isolate for 14 days, except for those travelling from the Republic of Ireland, the Channel Islands and the Isle of Man.

A government source said: “We are aware that there are a number of high-profile international sporting events due to take place over the summer.

“These events are putting in place stringent protocols so that they can operate. We will work with them in the coming weeks and will set out more detail at the next review point.”

Silverstone managing director Stuart Pringle said he remained hopeful about the chances of the British GP double-header, which could be held on 19 and 26 July or 26 July and 2 August.

“It’s a very complex sport to get going because it’s a global championship with a huge logistical tail, so Formula 1 does need to know that it can set off on its global travel and be able to come in and out of its home base,” Pringle told Sky Sports.

“I am very clear that the importance of the industry is understood by government. I remain very optimistic that they will find a way.”

A Formula 1 spokesperson said: “We have been working closely with government on the implications of the policy for Formula 1 and Silverstone and those discussions are ongoing at this time with the aim of finding a solution with safety as our first priority.”

BBC Sport understands that the England and Wales Cricket Board had been planning for players to be subject to quarantine, and that any exemption would be considered a bonus.

International cricket in England could get under way in July with a Test series against West Indies, following positive conversations between the two boards.

The dates and venues have not been finalised, but the first Test could start on about 8 July.

In racing, the exemption of Ireland from the quarantine scheme is a boost for Irish runners and jockeys hoping to take part in races in England.

The new rules come into force after the first three Group 1 races – the Coronation Cup, 2,000 Guineas and 1,000 Guineas – but it is not clear what this will mean for intended runners from France.

The British Horseracing Authority is working through the guidance to understand the implications for British racing.

The completion of European football’s club tournaments will require international travel, and the existence of a 14-day quarantine period could be problematic.

However, there is no immediate necessity for such travel as Uefa’s current plan is to complete the Champions League and Europa League in August.