RIO FERDINAND would have left Arsene Wenger with a big selection headache, had he signed for Arsenal in 2014.

The transfer was on the cards after the defender left Manchester United and approached the Gunners about a potential move to North London. 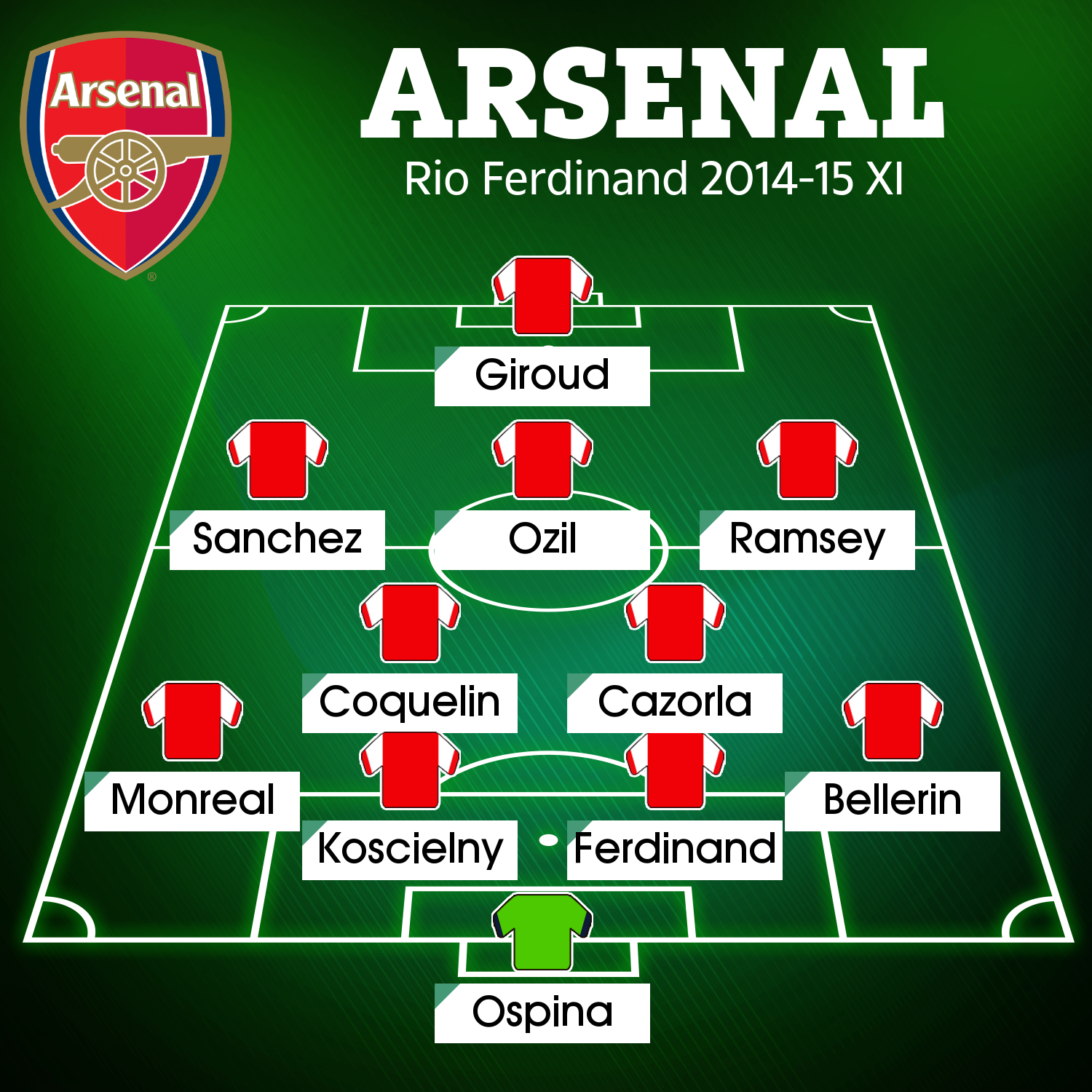 Alas, Wenger rejected the opportunity and Ferdinand has admitted that he would have struggled to help the club's pursuit of silverware.

He told his YouTube channel: "The maddest thing is I thought about [joining] Arsenal.

"I said, 'Arsene, listen, I am leaving Man United and if you want, I will come and try and help the dressing room etc. because I think you need help in that department'.

"'I will obviously play but, more importantly, I will come for the culture'.

"He didn't take me up on the offer and he was right because my performances at QPR weren't up to the levels.

"But in the changing room, I believe I could have helped him, because that is where a lot of the culture derives from."

In what proved to be his final season in the game, Ferdinand signed for Queens Park Rangers but played only 12 times as the newly-promoted side finished bottom of the Premier League.

Were he to have joined Arsenal, the centre-back would have brought considerable experience to a team often accused of collapsing in big games.

Wenger's men looked set to challenge for the title in 2014-15 after romping past Manchester City to the Community Shield.

The likes of Mesut Ozil, Santi Cazorla, Aaron Ramsey and Alexis Sanchez made up an incredibly technically-gifted frontline.

Jack Wilshere also featured when not out with an ankle injury with Olivier Giroud, Alex Oxlade-Chamberlain, Danny Welbeck and Lukas Podolski also contributing.

In defence, Ferdinand would have battled with Laurent Koscielny and Per Mertesacker for a spot in the line-up.

Combining the England ace, now 42, with captain Mertesacker would have made for a rather slow backline and the German's presence is potentially why Wenger rejected the deal.

After a slow start of two wins in eight league games, Arsenal bounced back with a strong run in the spring to finish third before winning the FA Cup.

Arsenal, could, Have, How, lined, U
World News