Home » Sport » How will Mikel Arteta deal with Granit Xhaka's absence and does he need formation shift with moving Odegaard back?

How will Mikel Arteta deal with Granit Xhaka's absence and does he need formation shift with moving Odegaard back?

THERE has rarely been a player in recent years to divide the Arsenal fanbase in the way Granit Xhaka does. 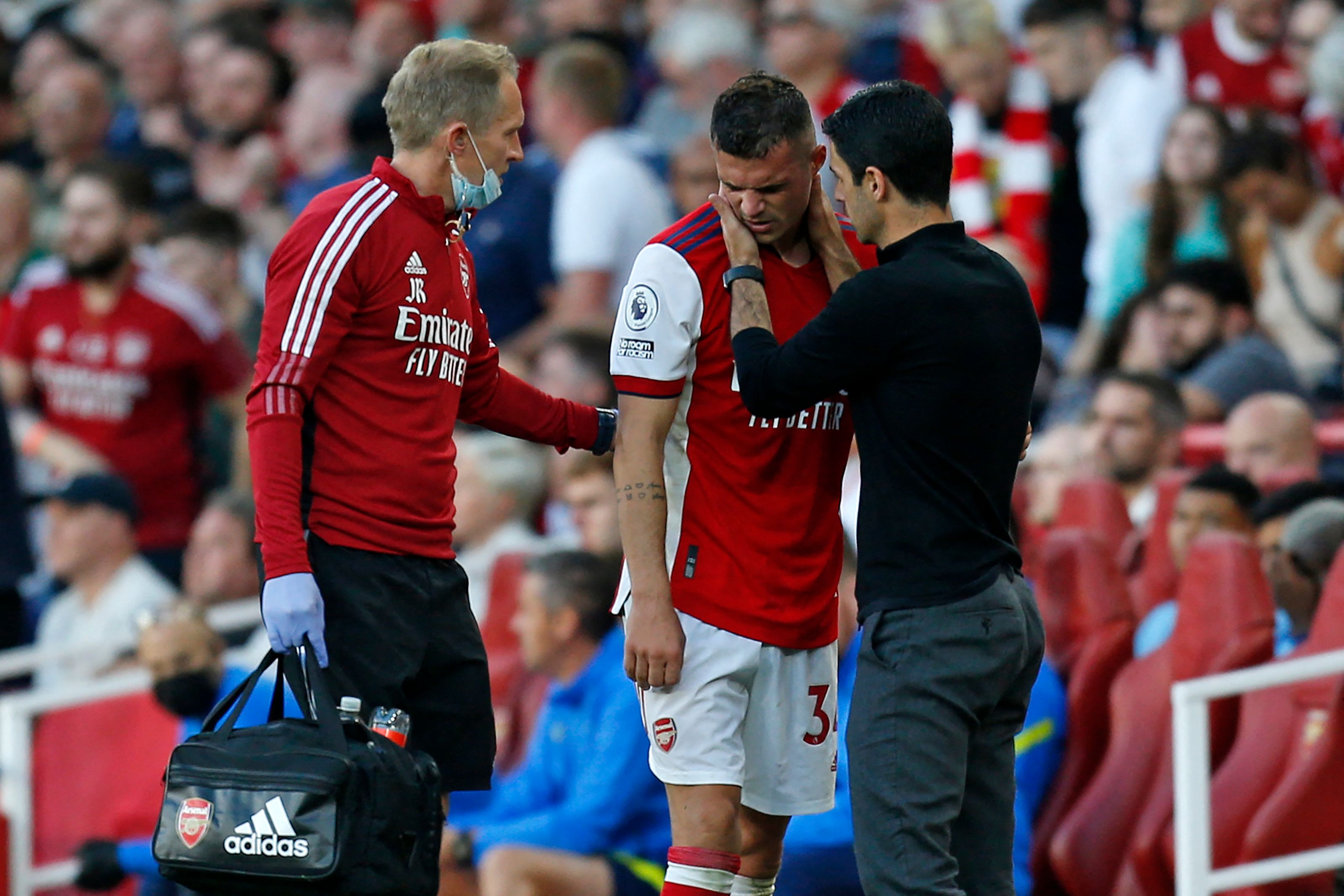 Whether you are in the pro Xhaka camp, or in the camp that feels he represents years of under achievement, you will acknowledge that the Arsenal engine that purred against Spurs stuttered without him against Brighton last weekend.

The dilemma for Mikel Arteta is that the team function well in a 4-2-3-1 with Xhaka’s steadiness and control, allowing Thomas Partey more freedom to influence proceedings.

There is a question as to whether they can be as fluid without the Swiss skipper.

While I am one who would like to see an upgrade or an alternative style of deeper lying partner for Partey in the medium term, Arteta has to find a formula that works for the next three months.

Without his senior player, due to a reckless sending off, the Spaniard did try a 4-3-3 against Norwich and Burnley.

But after the exhilarating performance in the North London Derby, he persisted with the 4-2-3-1, asking Sambi Lokonga to fulfil the Xhaka role against Brighton. 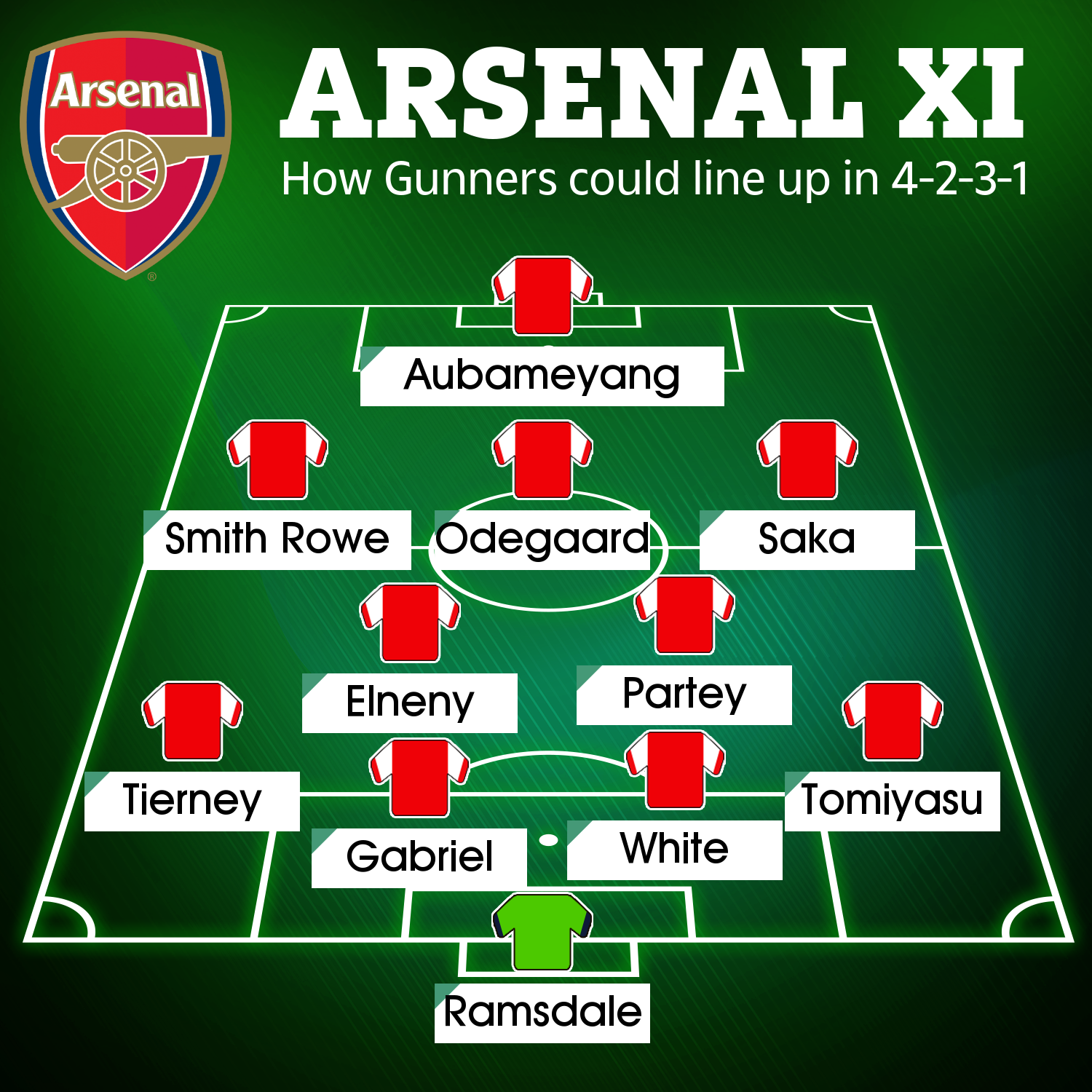 While not denying Brighton were superb, Arsenal did fail to compete as well as expected or exercise the same control with Sambi.

There is no one suggesting the newly capped Belgian international is not a good player, more that he is too similar to Partey and is not the calming senior influence that Xhaka can be.

So, should the manager persist with Lokonga and hope he can adapt his game? Replace him with Maitland-Niles or Elneny? Or should he opt to re-balance the team in a 4-3-3?

From my perspective, I hope Arteta selects the formation based on the quality of the opponent on the day.

There is no doubting the solidity of the double pivot in the 4-2-3-1, as demonstrated against Brighton, but we also saw that without Xhaka’s passing the midfield was not as effective in springing our attack.

However, the 4-3-3 with just one player sitting and two No8s could and should be very effective offensively, particularly against weaker teams.

My personal issue with the deployment of the 4-3-3, as we have seen this season, is that it means the main holding player is Partey.

Of course, he performs the role well, but the team loses his marauding presence in the opposition half. 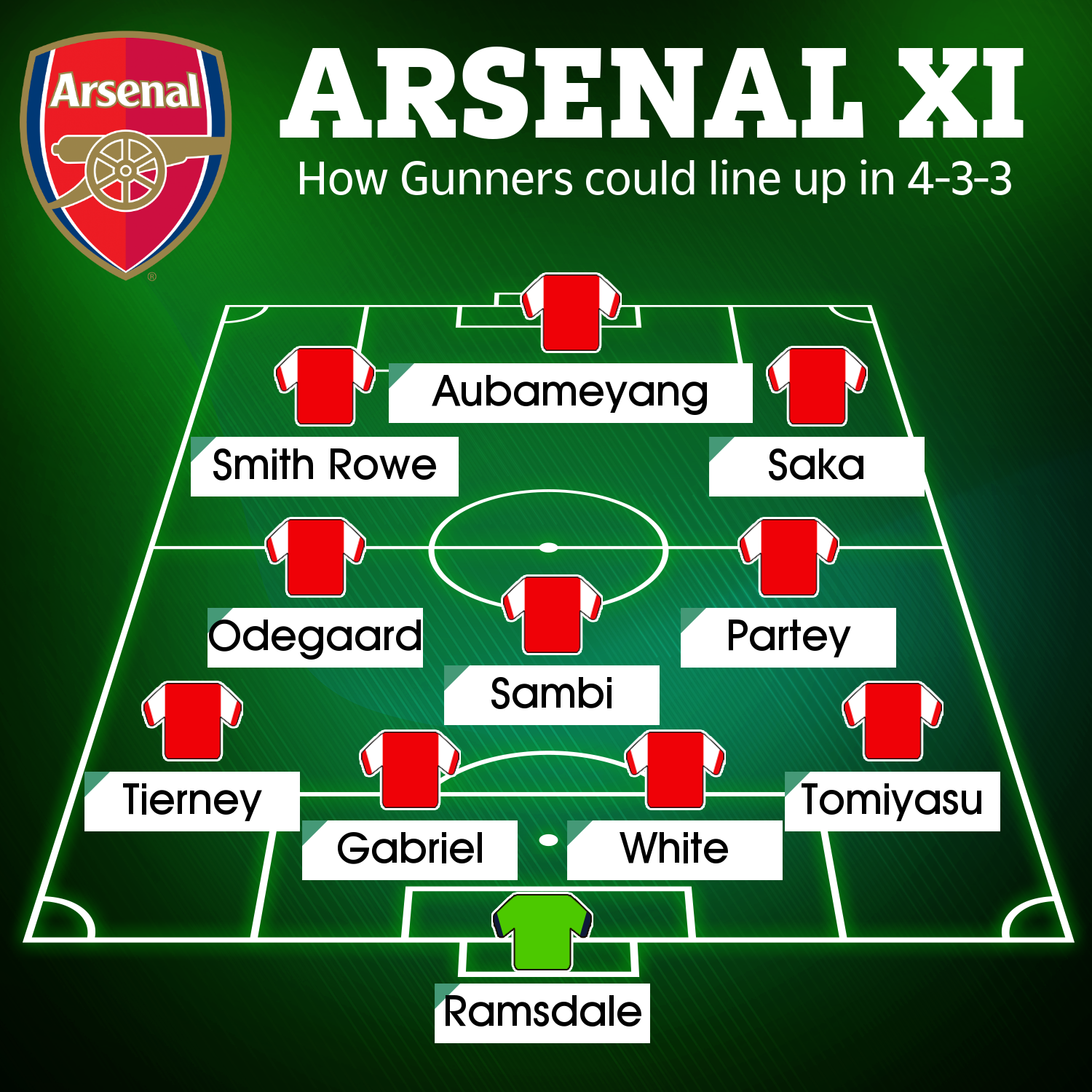 So, if this is the route then I would like to see Sambi or Maitland-Niles tried as the sitting player, leaving Partey and Odegaard as the No8s.

Many will disagree with me, however, and Arteta will be one of them – and it will probably be Partey sitting with Martin Odegaard and Sambi or Emile Smith Rowe as the dual No8s.

This might mean a reprieve for Nicolas Pepe, but I am against any selection that takes Bukayo Saka away from his star berth on the right.

Consequently, if the Ghanaian is asked to patrol in front of the back four, then I would prefer to see Odegaard and Sambi, with Smith Rowe and Saka, left and right of Pierre-Emerick Aubameyang.

If Arteta feels the 4-3-3 needs at least one wide man to retain width, then use Smith Rowe as the second No8 and play Pepe or Gabriel Martinelli on the left.

The one option that most fans will be against is using the experience of Mohamed Elneny as the defensive midfielder if Arteta does want to keep the 4-2-3-1.

The much-maligned Egyptian has played effectively with Partey on several occasions and while he may not have the passing prowess of Xhaka, his ball control, retention and speed of simple distribution is underrated in my view.

Whichever way Arteta goes, and I feel it may well change game to game and also during matches, he does have a squad with depth and flexibility to work with.

The coaching staff can work with Sambi to step up but have alternatives and importantly the team now has two additional accurate passers out of defence to help spring the team into attack, having lost that with Xhaka.

Yes, the Ben White and Aaron Ramsdale factors cannot be overlooked – but perhaps that can be expanded upon next time.