THE model dubbed the World Cup’s hottest fan has shared her fun way to predict the semi-final winner – but it didn't go quite to plan.

Ivana Knoll, 30, meant to aim a ball at one of two cymbals held by fans in Croatia and Argentina shirts ahead of tonight's match. 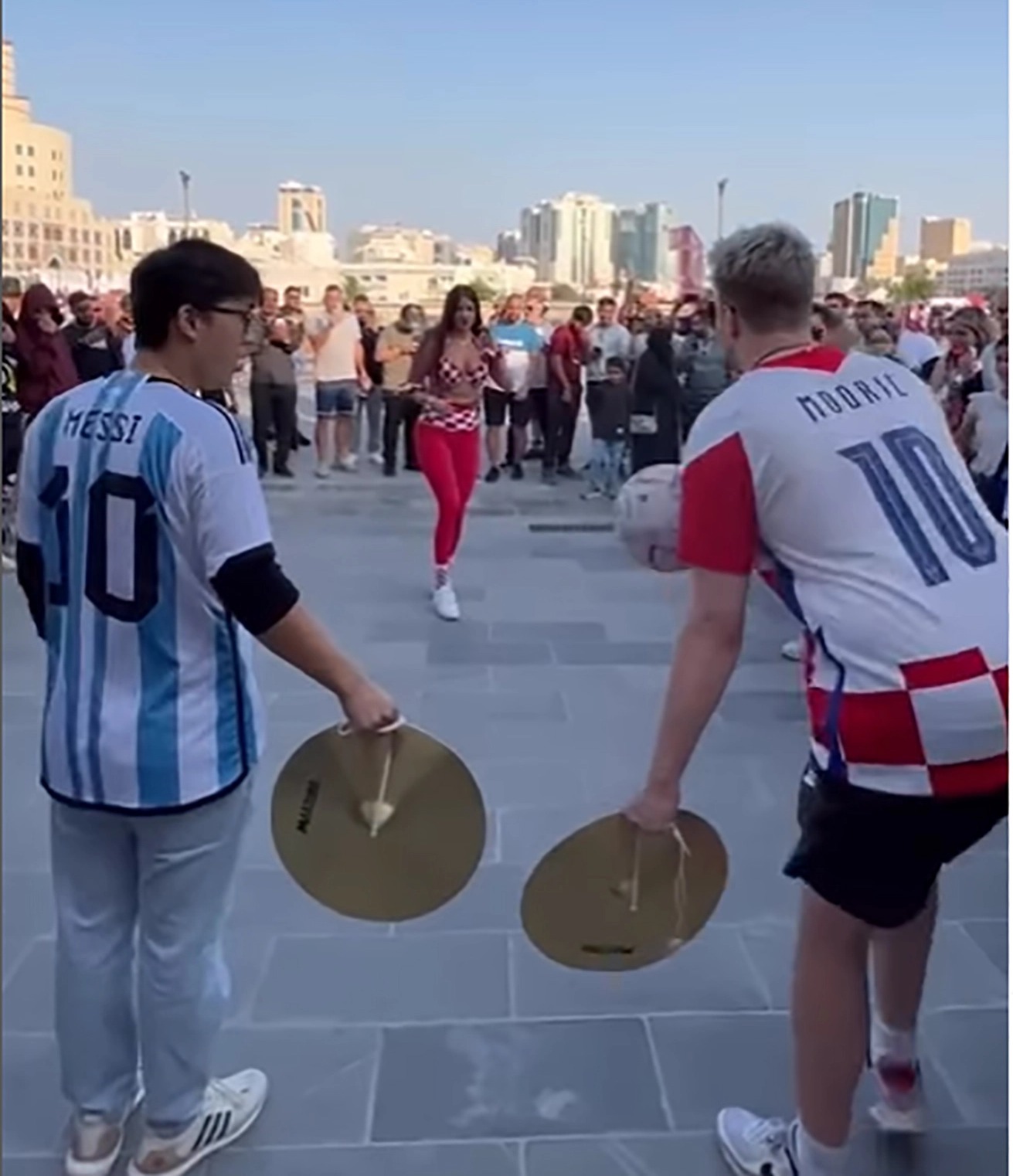 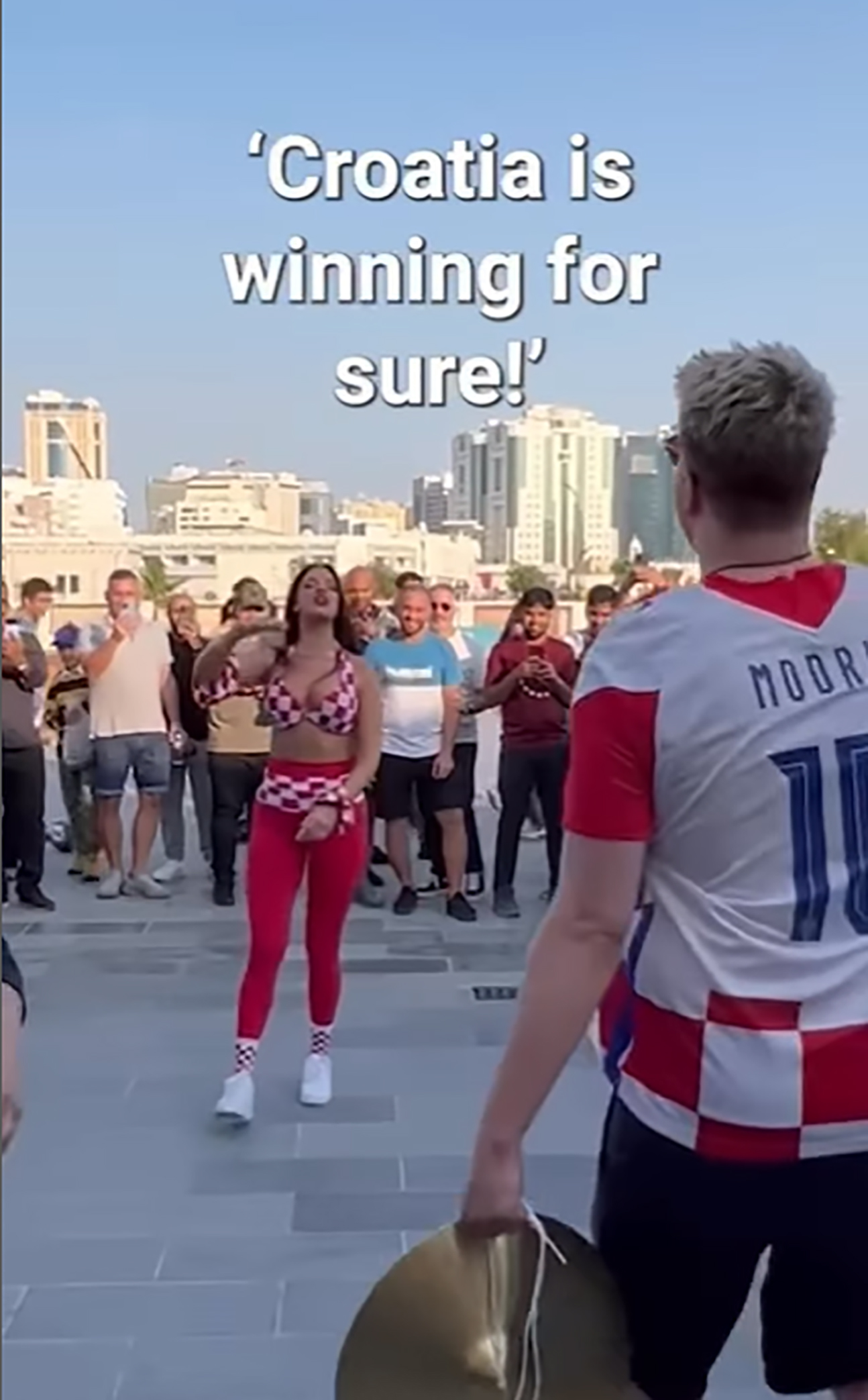 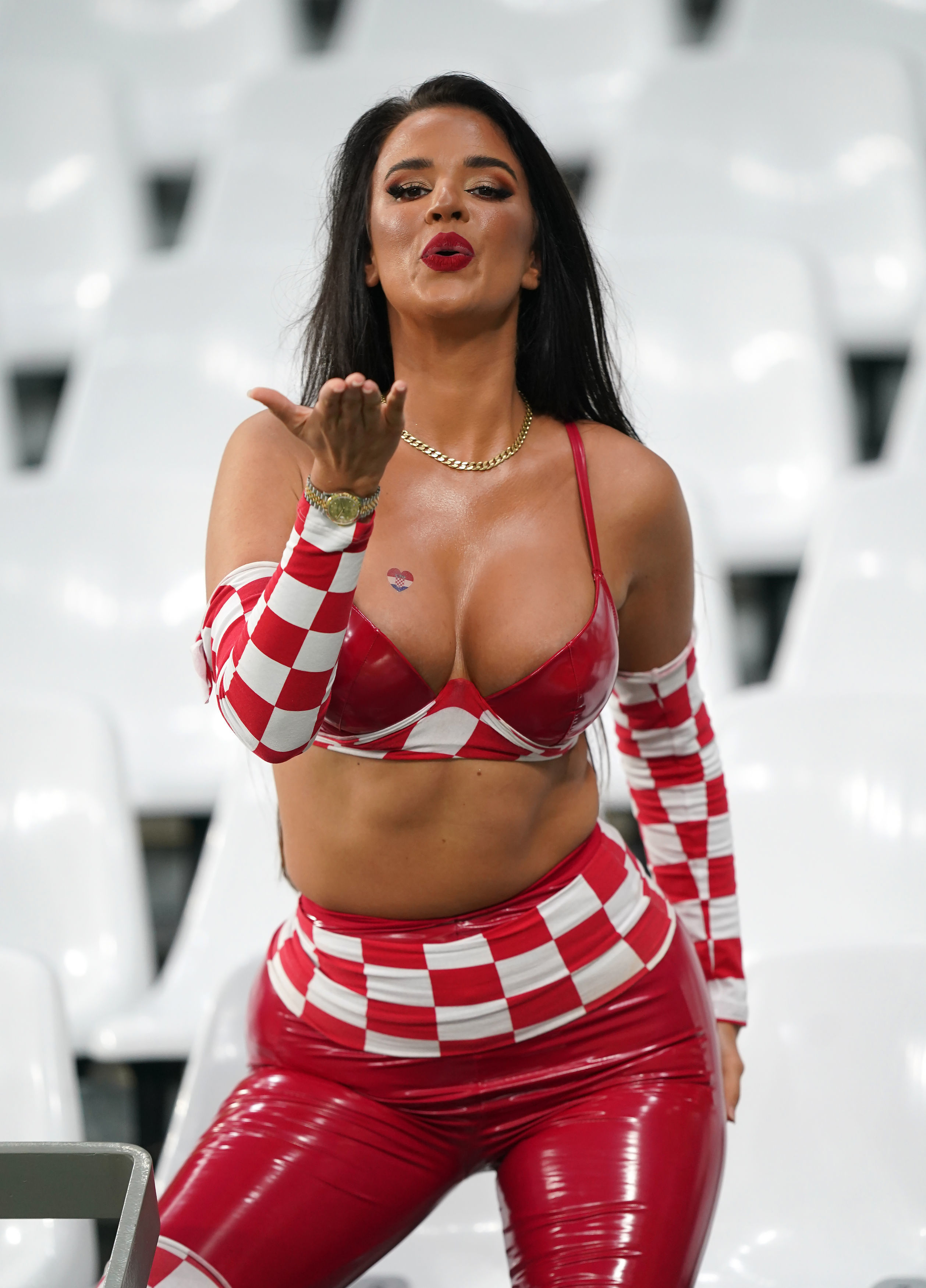 The stunning brunette can be seen dressed in her usual red and white ensemble as she lines up to hoof the ball.

But her prediction trick didn't go according to plan as she actually managed to kick it right at the Croatia fan's groin.

The German-born model then cheers: "Croatia is winning for sure!"

The model who has taken the Qatar competition by storm with her racy outfits, recently that she had promised to strip naked if her team win the tournament. 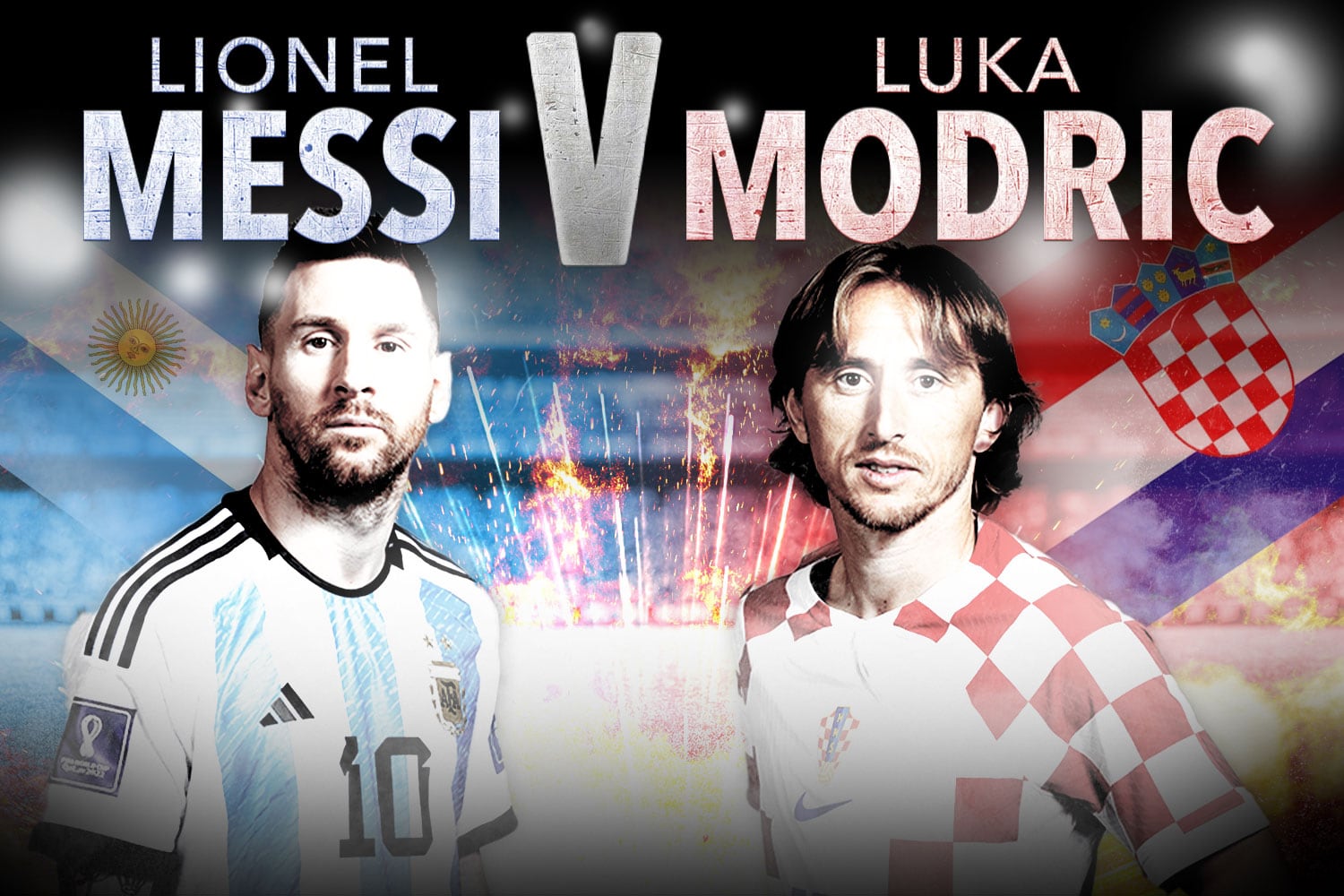 Despite defying the country's modesty laws, she said she had encountered no problems with her outfit choices in Qatar, and even had families with children asking to take pictures with her.

The Croatian model was pictured being surrounded by fans who asked for photos and videos.

She appeared to be stopped by Qatari security ahead of the Brazil-Croatia game when a man and women in official World Cup tabards could be seen in deep discussion with her in the stands.

She also trolled Brazil's Richarlison, after Croatia knocked the five-times World Cup champions out in the Quarter-Finals on penalties.

Imitating the Spurs striker's signature pigeon dance, she accompanied the video with the savage message: "Do your pigeon dance on your way back home."

Ivana designs and sells her own bikinis, swimsuits, and other revealing clothing, all in the distinctive red-and-white chequerboard pattern of the Croatian flag.

She previously made a splash at the 2018 World Cup in Russia where her outfits were noticed. 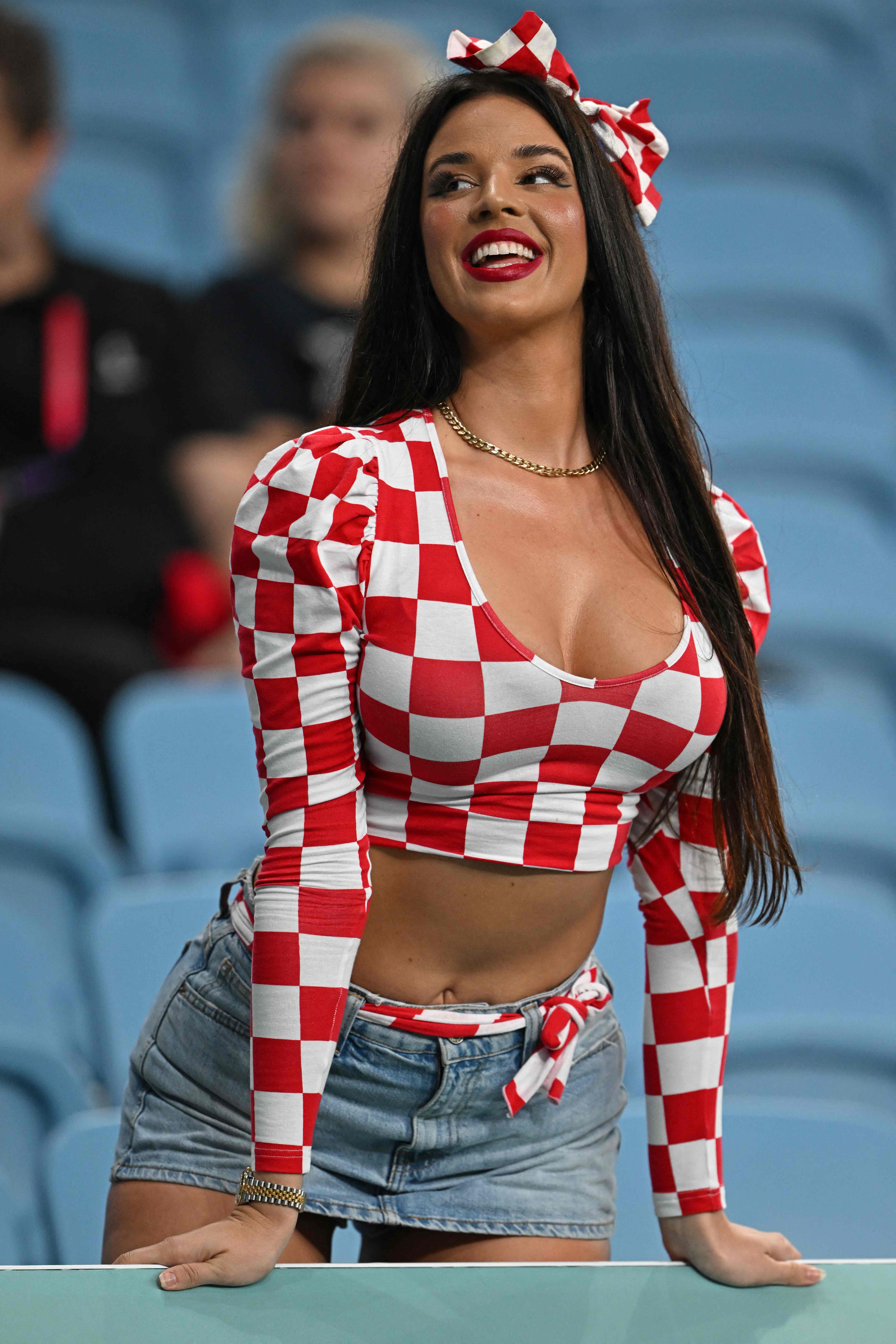 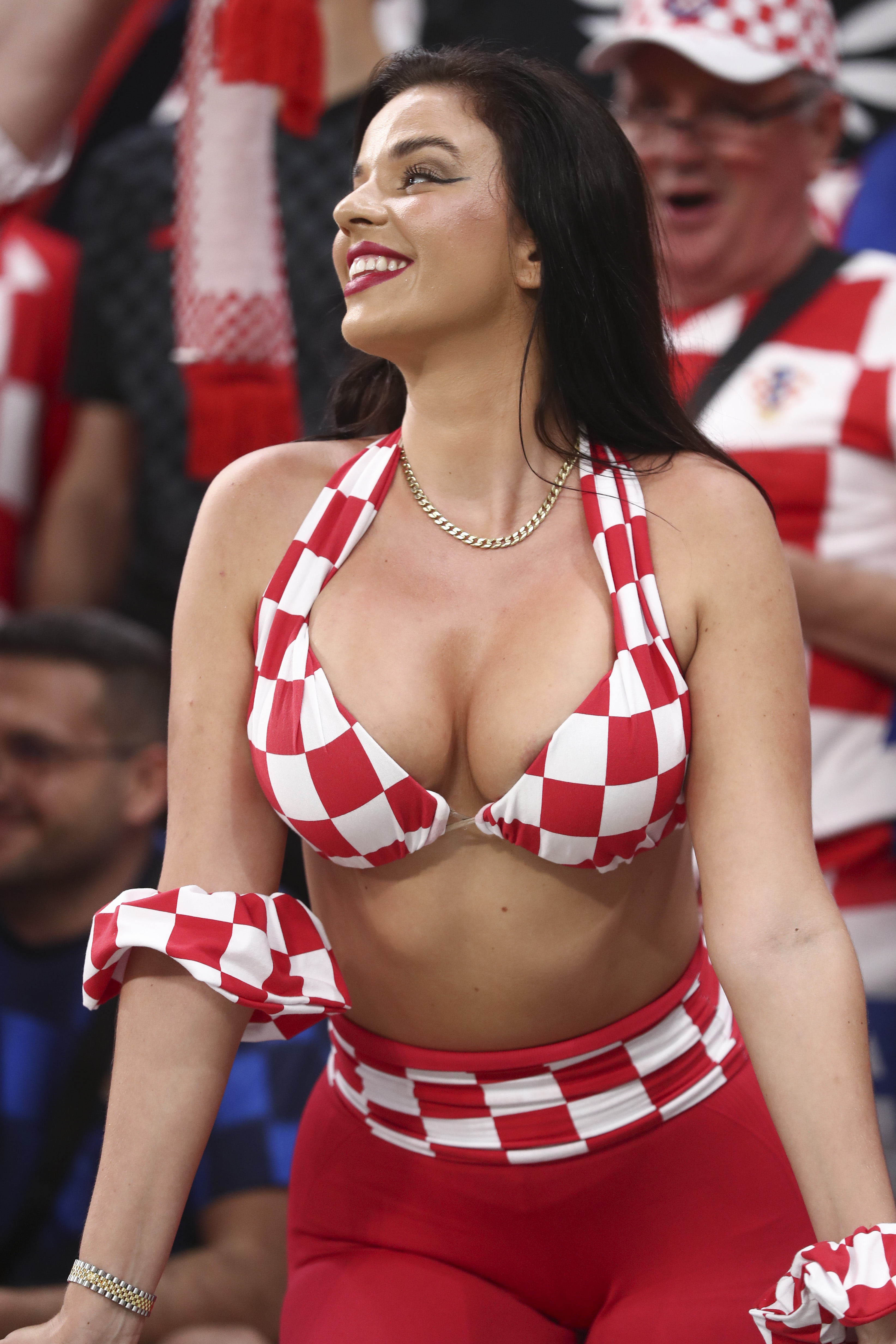