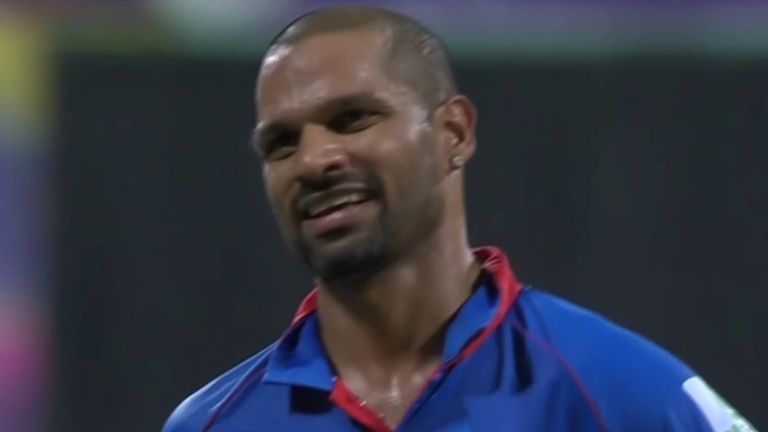 Delhi Capitals, last year’s IPL runners up, kicked off their 2021 campaign with a thumping seven-wicket win over Chennai Super Kings, comfortably chasing down their 189-run target.

On an outstanding batting track at the Wankhede Stadium in Mumbai, Delhi’s openers Prithvi Shaw (72 off 38 balls) and Shikhar Dhawan (85 off 54) each blasted quick-fire fifties in a sublime 138-run stand, while new captain Rishabh Pant (15no) was there to finish off the job.

Earlier, an aggressive, lower-order cameo from England’s Sam Curran (34 off 15) had seemingly fired CSK up to a competitive target after being put into bat first.

Curran’s knock included four boundaries and two maximums, both of which were struck off his brother Tom’s bowling as he hammered 16 runs off three successive deliveries in the penultimate over of the innings.

Sam Curran blasts his brother Tom for 16 runs in three balls in the penultimate over of the CSK innings – he finishes with 34 from 16 deliveries!#CSKvDC #IPL2021

Suresh Raina also impressed with the bat for Chennai, cracking 54 from 36 deliveries, while Moeen Ali (36 off 24), Ambati Rayudu (23 off 16) and Ravi Jadeja (26no off 17) all chipped in with useful contributions to help the team recover from a sputtering start at 7-2 inside the first three overs.

Chris Woakes (2-18), the fourth Englishman to feature in the contest, picked up opener Ruturaj Gaikwad (5) caught at slip, shortly after Avesh Khan (2-23) pinned Faf du Plessis lbw for a duck.

Moeen kick-started the Super Kings recovery in an enterprising, 53-run third-wicket stand with Raina, smashing Ravichandran Ashwin (1-47) for back-to-back straight sixes in the ninth over before he fell next ball when looking to reverse sweep and splicing it to Dhawan at short third man.

Raina and Rayudu picked things up with a further fifty partnership, and the former brought up his own personal half century, off 32 balls, in the 13th as he smashed Marcus Stoinis for the fourth six of his innings.

Three overs later, Raina was back in the pavilion, along with Rayudu and CSK skipper MS Dhoni for a duck as three wickets fell for 14 runs in a mid-innings mini-wobble. Rayudu holed out to long-off off Tom Curran (1-40), Raina was run out after a mix up with Jadeja and then Dhoni departed second ball to Avesh when chopping one back onto his stumps. 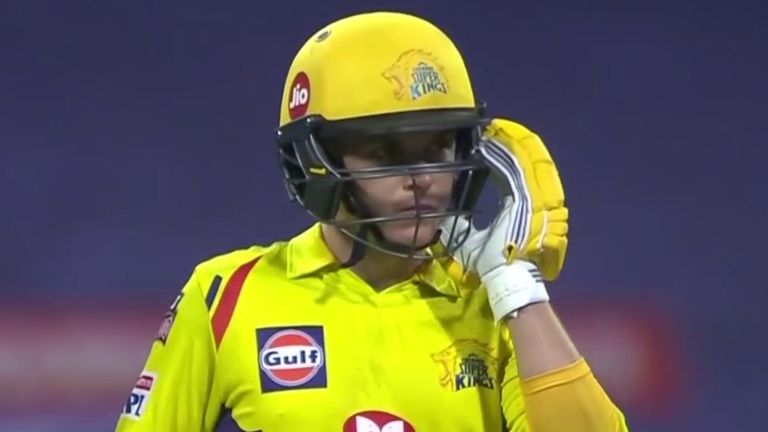 Sam Curran’s terrific counter-attacking knock seemingly kept the Super Kings in contention and when he was bowled by Woakes off the final ball of the innings, Delhi appeared to have a tricky target to chase.

But that proved to be far from the case, with the Capitals coasting to a comfortable victory courtesy of Prithvi and Dhawan’s stunning opening stand.

What a shot that is! Dhawan smashes Sam Curran for an absolutely glorious straight six down the ground!

Prithvi ultimately departed in the 14th over, picking out Moeen at deep cover off a wide, slower ball bowled by Dwayne Bravo (1-28), while Dhawan was pinned plumb lbw by Shardul Thakur (2-53) in the 17th.

Stoinis (14) also fell to Thakur late on when targeting the deep midwicket boundary, but the result was never in doubt and captain Pant finished things off with eight balls to spare to win his first game in charge.

Watch game three of IPL 2021 between Sunrisers Hyderabad and Kolkata Knight Riders from 2.50pm on Sunday on Sky Sports Cricket.