Home » Sport » Is this the busiest couple in sport? GB hockey’s Hunter and Pinner on Pro League travels

Is this the busiest couple in sport? GB hockey’s Hunter and Pinner on Pro League travels 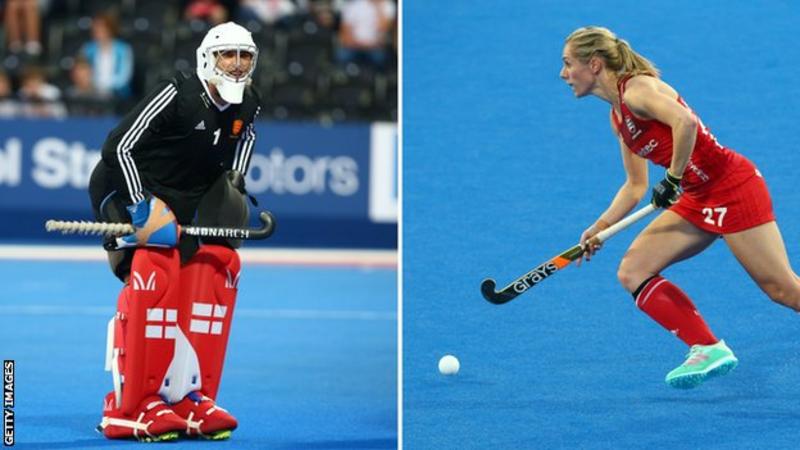 If you feel overwhelmingly busy and are wondering how it is May already, spare a thought for married Great Britain hockey couple Jo Hunter and George Pinner.

Between them, the pair have played hockey in eight different countries since January because of the newly formed FIH Pro League, which involves eight men’s and nine women’s teams playing home and away fixtures.

That means a lot of air miles for Hunter and Pinner – who also have part-time jobs as an accountant and insurance broker.

“We’ve never travelled to the extent of what we’ve experienced this year,” said 27-year-old Commonwealth and European bronze medallist Hunter. “Time has absolutely flown by.

“We’re now in barbecue season and you think ‘What? Where has the first half of the year gone?’ My Christmas present this year was a family calendar. There’s only two of us but I’ve got every single column full.

“You’ve got to plan everything in advance and whenever anyone asks if we’re around we have to check both diaries to see if we’re in the country, let alone free.”

GB’s men are third in the Pro League table after winning four of their six games, while the women are seventh after only one win in eight matches.

After Danny Kerry left to coach the men’s side, Mark Hager became the women’s coach in January and the side is still going through a period of adjustment.

But GB’s women are the reigning Olympic champions and will hope to turn their Pro League fortunes around as the top four earn a place in the two-legged Tokyo 2020 Olympic qualifiers.

The top four in each league also progress to the Grand Final stage, which will begin at the end of June.

Marriage on the road

Luckily, because the men’s and women’s sides have played in the same country four times this year, all the travelling does not mean time apart for Hunter and Pinner.

“If one of us hadn’t been picked it would have been four weeks apart at some stages,” explained 32-year-old goalkeeper Pinner.

“But we’ve been in the same country for the vast majority of those trips. It’s nice because I hate talking on Skype. It’s a nice break from the hockey bubble too, going for a walk and getting a coffee – those types of things.”

Hunter added: “We managed to spend Valentine’s Day together in February. We didn’t realise it was Valentine’s Day until we tried to book somewhere to eat and it was impossible.

“We were playing in Perth and just went a stone’s throw from the hotel. We can’t go far on our rest days because the idea is that you rest.”

Now, GB are playing home matches at Lee Valley in London with a men’s and women’s double-header against Argentina on Saturday and against Belgium on Sunday.

Hunter and Pinner have been spending their well-earned downtime at home, in the same way many other couples do – catching up with Game of Thrones.

“I think it’s the first time George and I have been at home together for more than two weeks this year,” said Hunter.

“We’re on Game of Thrones at the moment. It hasn’t been as good this season but this week’s episode was better.”

Pinner, who has one European and two Commonwealth bronze medals to his name, added: “If you’re two full-time sportspeople, there’s not much room for being a married couple.

“During the week, we get home, cook, eat dinner and slob on the sofa as we recover ready for training the next day with minimal conversation at times because you’re tired from training.”

Both Pinner and Hunter insist they do not talk about hockey when they get home, but having two international athletes in one household understandably breeds quite a competitive environment.

“There’s nothing with a sporting edge to it that is not competitive in our relationship,” said Pinner. “Hockey gets left at the door but the competitive nature never leaves the house. She beat me once at Fifa years ago when I chose a rubbish team and she will not be quiet about that ever.”