ISRAEL ADESANYA mocked rival Paulo Costa by appearing to 'hump' him just moments after brutally knocking him out at UFC 253.

The Nigerian wounded Costa in the first round, landing a number of accurate leg kicks on his rival, who struggled to get shots off. 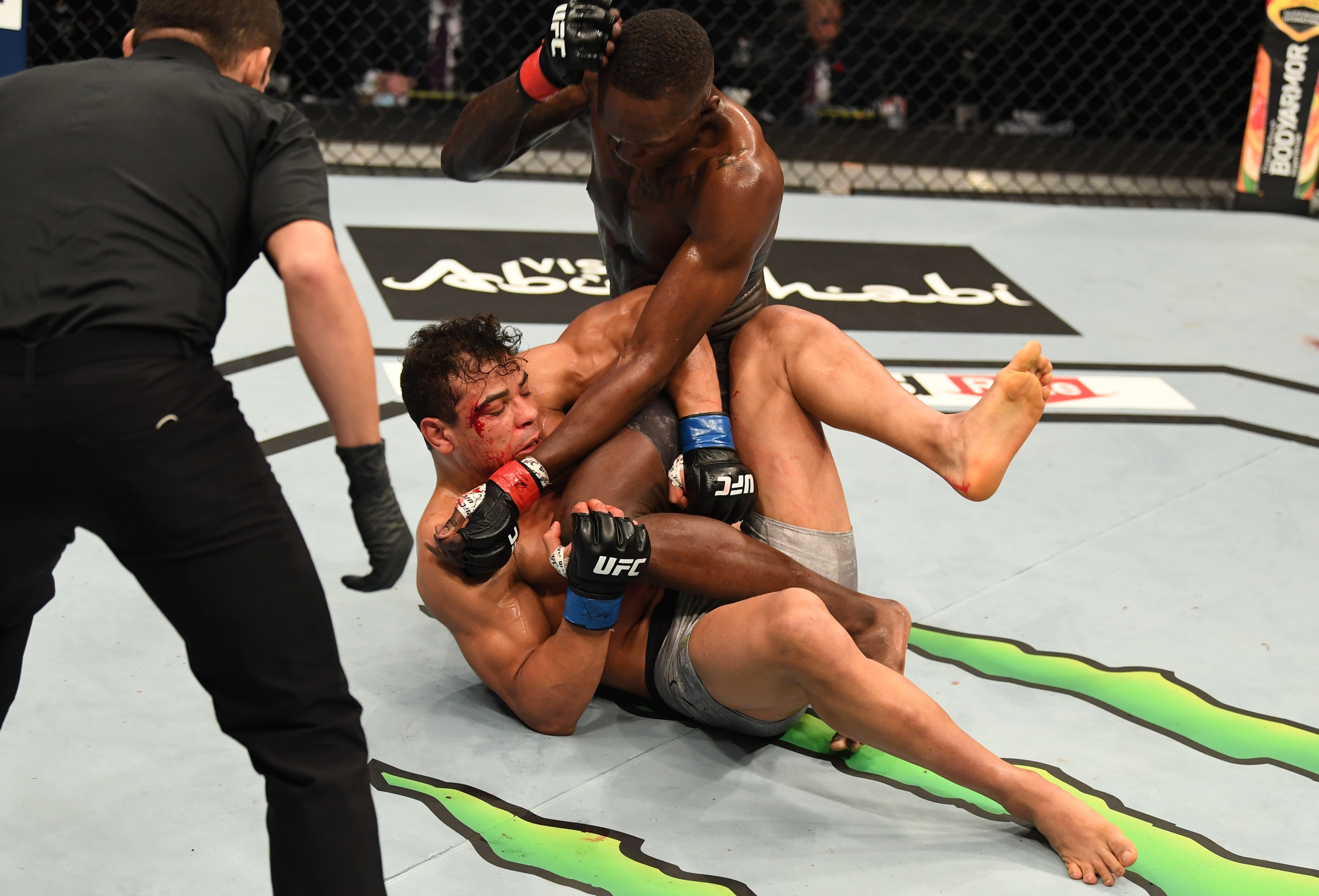 And 'The Last Stylebender' finished the fight in remarkable fashion in the second round, dazing Costa with a kick to the head before ending proceedings with some vicious ground and pound.

But he wasn't done there.

As referee Jason Herzog separated the fighters with Costa, 29, sprawled on the ground, Adesanya appeared to thrust his hips in a humping motion towards his stricken foe.

Much of the pre-fight beef had centred on the Brazilian's supposedly superior ground game.

Costa had mocked Adesanya for possessing 'just' a blue belt in Brazilian jiu-jitsu – even throwing a white belt at him at the weigh-in.

But unfazed as ever, Adesanya joked: "I wrap my d*** around my waist it’s a black belt.”

Now 20-0 after dispatching of the previously also undefeated Costa, Adesanya has already looked ahead to his next challenger.

He told Jon Anik immediately after the fight: "I know this game, I don’t just play this on EA Sports, I play this for real, so when I do this, I know what I’m talking about. 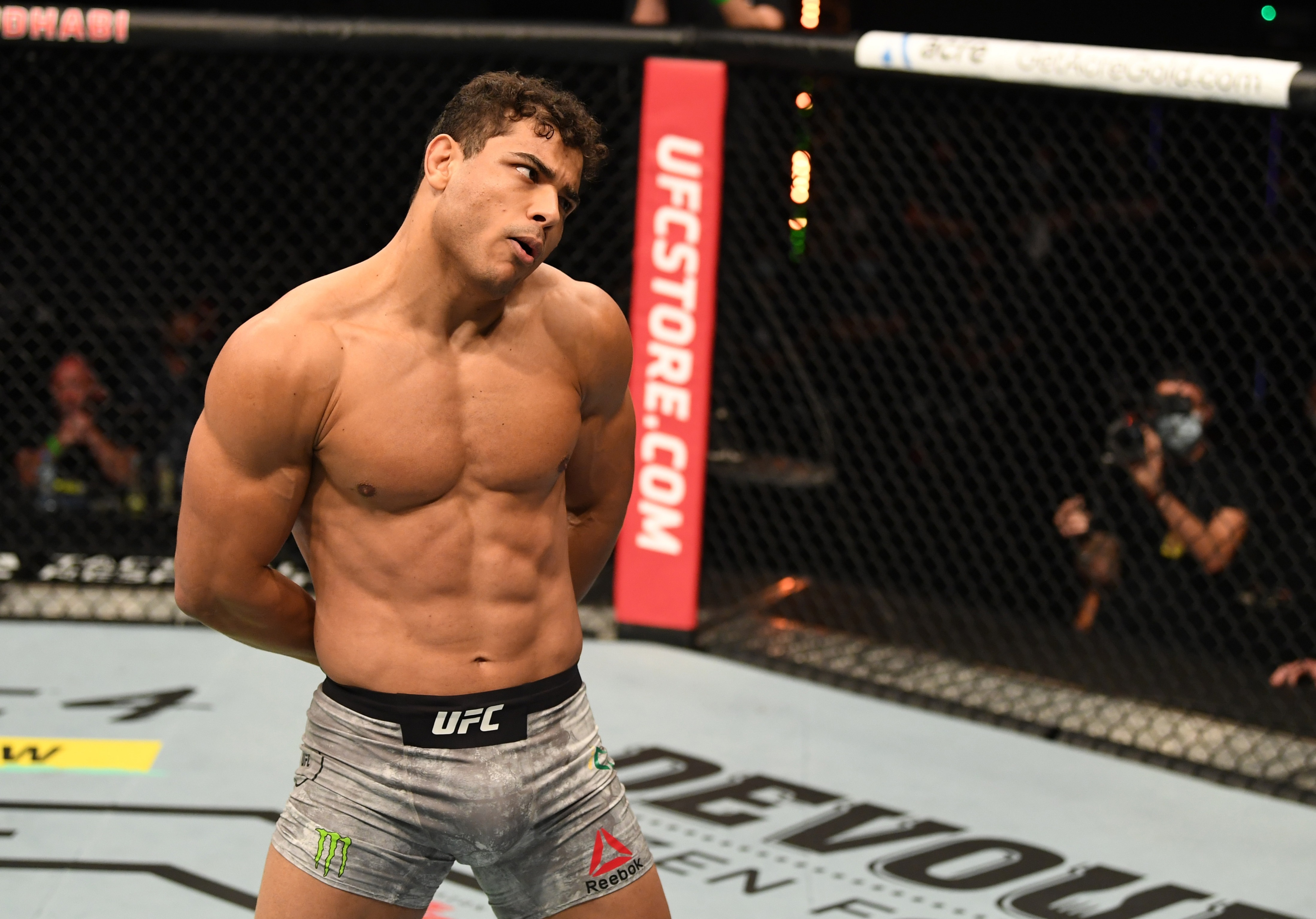 “I still have to watch it again, little bit sloppy, but I’m a dog and I do what I do.

"I still don’t like him. I don’t know him personally, I don’t wish he dies or anything, he’s alive, I let him be alive.

“Cannonier, I want Cannonier next.” 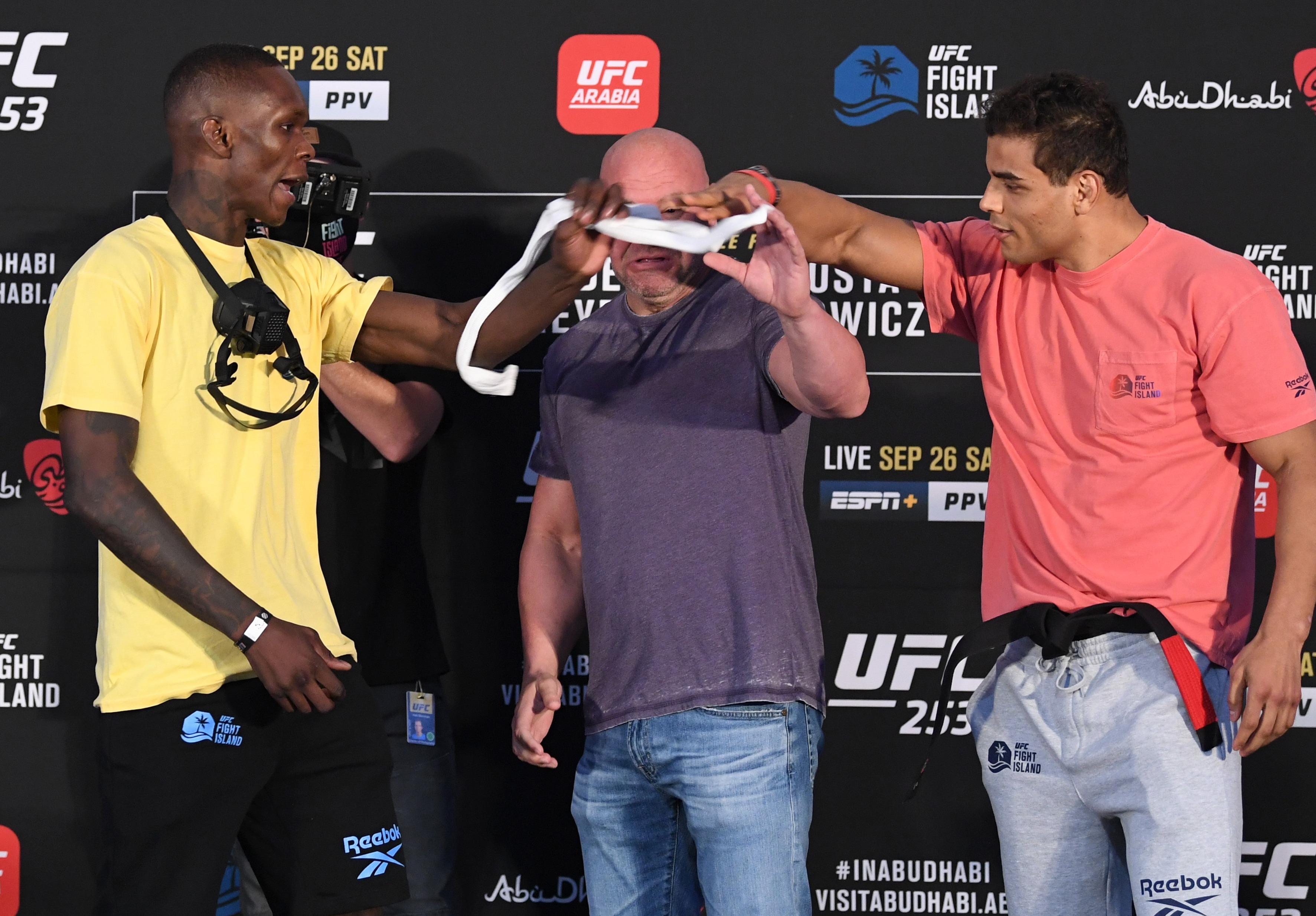