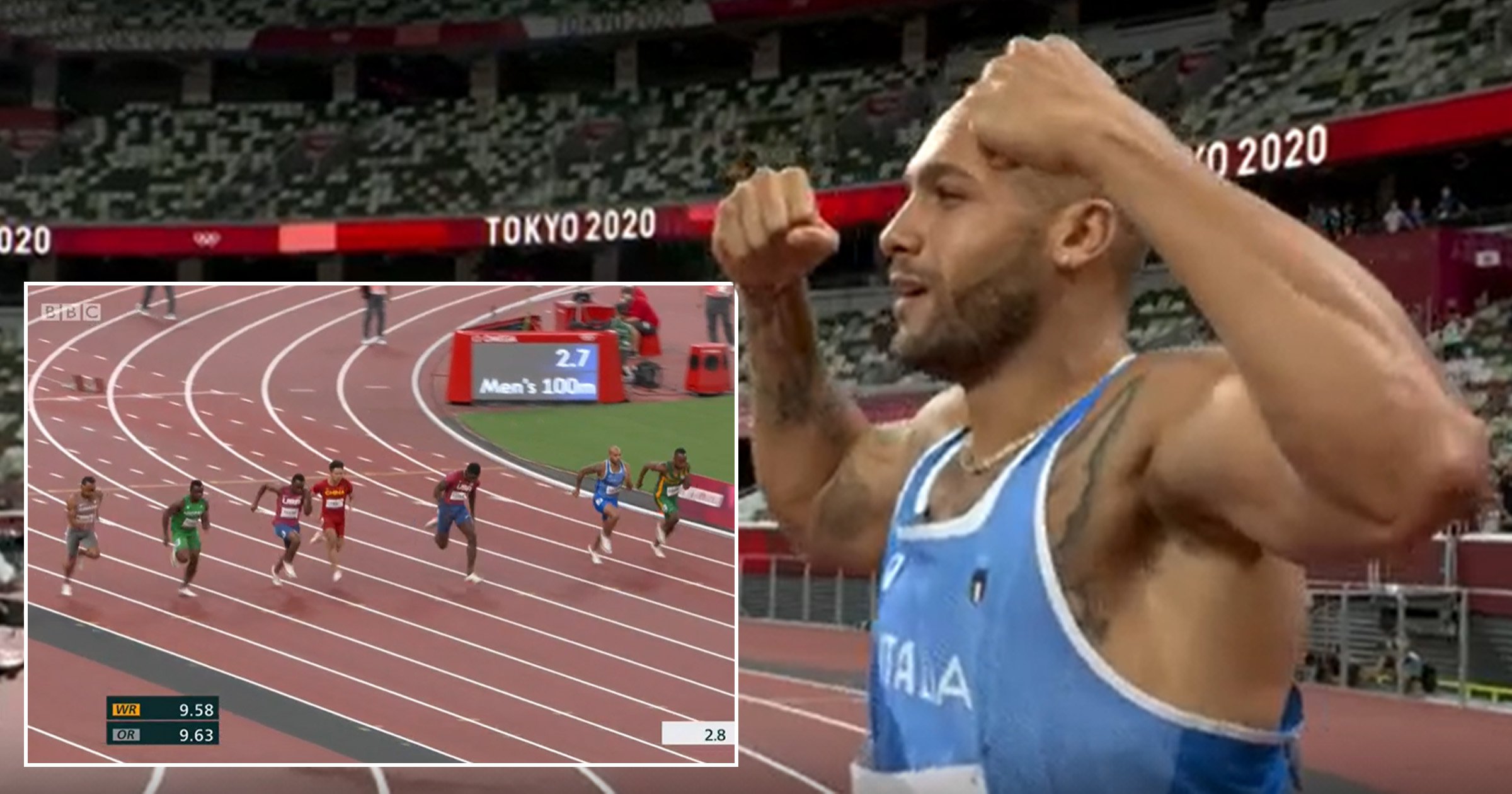 USA’s Fred Kerley claimed silver with a run of 9.84, while Andre De Graase picked up bronze with a 9.89 dash.

Jacobs used to be a long jumper, while he was crowned 60m sprinting champion at the European Indoor Championships this year.

Remarkably, he only broke 10 seconds for the first time in May but brought his best to run a 9.84 in the semi-finals before his incredible final sprint.

British sprinter Zharnel Hughes, the European champion, booked his spot in the final by winning one of the semi-finals with his first sub-1 time of the year, but he was disqualified for a false start.

Fellow GB hopefuls Reece Prescod and Chijindu Ujah missed out on the final, along with American Trayvon Bromell – who was viewed as one of the favourites to become 100m champion in Tokyo.

Nigeria’s Adegoke joined Hughes in the finals after finishing second in their semi-final heat.

Prescod was disqualified from another semi-final after making a false start. USA’s Kerley won that race, with Canada’s De Graase finishing as runner-up.

The third semi-final was surprisingly won by China’s Su Bingtian, with USA’s Ronnie Baker, Italian Jacobs and South Africa’s Akani Simbine following him into the final.

Jamaica’s Bolt, the fastest man in history, had dominated this event in recent times, winning 100m gold three Olympics on the spin in Beijing, London and Rio.