DAY two of the York Ebor festival looks to be an absolute cracker.

Here, SunSport's Templegate takes you through every race, with £50,000 up for grabs in the ITV7. 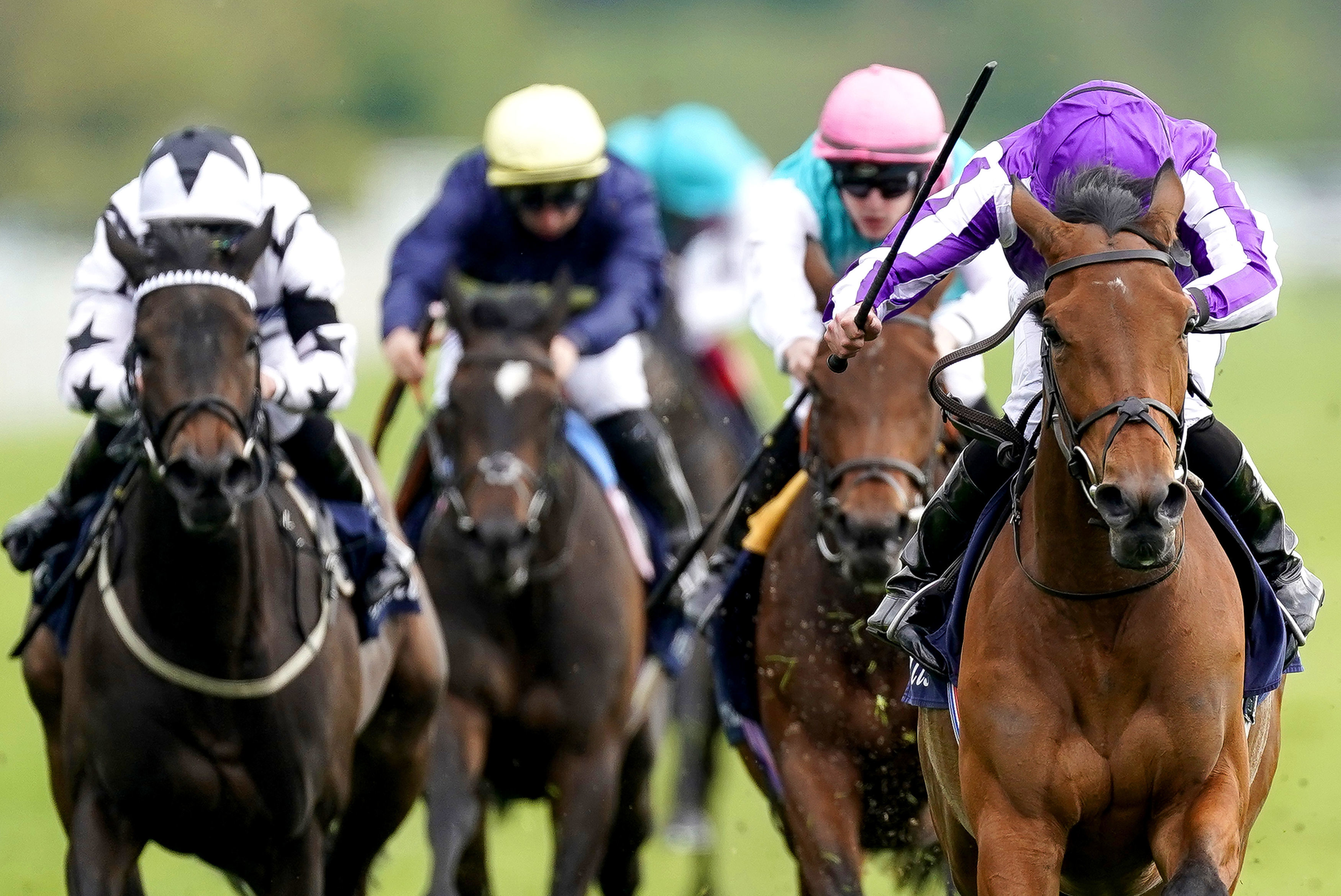 SANDRINE has made a fine start to her career with three wins with the highlight coming in the Group 2 Duchess Of Cambridge Stakes at Newmarket last time.

That built on her Royal Ascot Albany success again over this trip. She handles any ground and looks capable of much better again.

Frankie Dettori rides Outside World for Mark Johnston and she clocked a decent time when winning a minor contest over course and distance.

This is a fair hike in grade but she can hold her own.

Illustrating was impressive at Goodwood and could hit the frame if seeing out this extra furlong.

Paddy Power: £40 in Free Bets when you place a £10 Racing Bet on the Yorkshire Ebor Festival – CLAIM HERE

Hello You was no match for the tip at Newmarket and needs major improvement to turn the form around on debut for David Loughnane.

EVER GIVEN ran a belter to finish fourth in a red-hot sales race at Naas last time.

That’s the strongest form on show and followed up a convincing handicap success at Goodwood last month.

This trip is ideal and he can make another bold bid.

Smullen also went well in that big Irish contest and he has more to offer for Kevin Ryan who knows how to win this race.

Richard Hannon has taken four of the past five runnings of this and System could be the pick of his contenders.

She was a good fifth in the Group 3 Princess Margaret Stakes at Ascot when backed.

She won a Newmarket Listed contest before that so has quality. The booking of Ryan Moore for the yard’s Oh Herberts Reign catches the eye.

He’s had just three runs but improved to finish second at Newbury.

This is much tougher but there’s more to come. Symphony Perfect was second in the Super Sprint so will have no problem coping with the big field.

Korker showed lots of speed to win easily at Thirsk over the minimum and he has place claims if getting home.

Wings Of War showed lots of promise when scooting in at Nottingham for Clive Cox.

That was just his second run so there should be a lot more to come.

ASTRO KING ran a massive race when second in the Royal Hunt Cup at Ascot over this trip.

He was backed off the boards for the John Smith’s Cup over 1m2f on the back of that only to go lame during the race.

He’s had a nice break and dropping to his best distance can see him go mighty close.

Escobar was a good third in the Golden Mile at Goodwood when forced to wait for a gap.

He’s off the same mark and should be right there again. Maydanny won that race despite his own traffic problems and looks a threat under a penalty.

Ametist has been running well before a poor show in the Bunbury Cup at Newmarket.

He shapes as though moving up to this mile will help.

Magical Morning didn’t fire at Goodwood but was impressive when striking at Sandown and could bounce back for Gosden and Dettori.

SNOWFALL has much the best form on show and yet she still gets an 8lb weight allowance that makes her even harder to beat.

The Aidan O’Brien superstar kicked off the campaign with an easy Musidora win here over 1m2f before destroying her rivals to win the Oaks at Epsom by 16 lengths.

Any idea that was a muddy fluke was put to bed at The Curragh where she had just eight lengths in hand when winning the Irish version of the Classic.

It’s hard to see anything but a fourth Group 1 win on the spin. There’s no downpour forecast which is bad news for Wonderful Tonight who needs plenty of give in the ground.

She is a class act who ended last season by winning the Champion Fillies and Mares at Ascot in style. She came back to win the Hardwicke at the Royal meeting despite lacking fitness before following up at Glorious Goodwood. The forecast spot is hers.

Albaflora was a solid third to the David Menusier mare on the South Downs and can chase her home again.

The others must bridge a huge gap but Eshaada should really have won the Ribblesdale at Royal Ascot but left her run too late. She has a chance of pinching third place.

MAGLEV caught the eye when winning on debut over this trip at Yarmouth despite not getting the best of runs.

It was the same story at Chester only he had to settle for second when the opening came too late.

He goes handicapping from a fair weight with more to offer for in-form William Haggas.

Aswan impressed in taking a hot contest at Goodwood with a few of these trailing in his wake. He has gone up a fair 4lb and is proven over this distance.

He should be right in the shake-up again. Bastogne looks the biggest threat of those he beat on the Downs.

He had to come wide and was gaining with every stride when the line came. A repeat of that would see him in the frame again.

Neptune Legend went from the front to strike at Newmarket when relishing the step up to this distance.

He’s up 6lb for that but can improve. Harrow didn’t have a lot to beat at Ffos Las but he did it well and can show more for Andrew Balding.

He’s only sent four horses over for it and two of them won. This four-year-old was a Listed winner a Leopardstown in October and has raced just twice since with a solid fourth in a Cork Group 3 last time.

She enjoyed stepping up to this trip there and Oisin Murphy can steer her to victory.

Dubai Fountain has her sights lowered after running in races like the Oaks.

If she can repeat the form of her Ribblesdale fifth at Royal Ascot she’ll be right in the mix.

Cabaletta is another coming down the grades. She struggled over 1m6f in the mud at Glorious Goodwood and is better judged on her close-up third in the Lancashire Oaks a Haydock over this distance.

Pennymoor is interesting for Gosden and Dettori. This daughter of Frankel cruised home in a Kempton maiden last time and connections wouldn’t step her up this far without good reason.

She stays well and should have a lot more to offer on her fourth run.

Abstinence went close in a Newmarket Listed race last time despite getting the door slammed in her face and is another with place claims.

SPIRIT OF BERMUDA got the better of Rising Star at Newmarket last month who has since followed up at Musselburgh.

That means the tip is actually 4lb better off at the weights today. It was a good battle between the pair at HQ and they can fight it out again. This trip suits while their trainers are each in excellent form.

Star Of Emaraaty was third behind them on the July course and can hit the frame again for Gosden and Dettori.

Improvised made it three wins on the spin when making her handicap debut at Epsom. She did well to strike after missing the kick and can progress.

Sweet Enough is another Gosden runner to consider. She won her maiden at Newmarket before a solid Yarmouth success. A 7lb rise for that is a little harsh but she can improve.