Jaap Stam: FC Cincinnati announce new manager with photo of someone else One of the key aspects in announcing your club’s new manager on social media is the photo.

Perhaps they’re holding up a club shirt in a boardroom, or raising aloft a club scarf in the stands? Or maybe it’s the ever-so-slightly less creative pen-on-paper, smile-down-the-camera shot.

Yet when a global pandemic means the new gaffer has yet to arrive in the country, a stock image will have to do.

But what’s really, REALLY, important, is that you get a photo of the right person…

Enter FC Cincinnati, who announced Jaap Stam as their new manager with a photo of… well, not Jaap Stam.

Instead, the MLS side used a photo of Ajax youth coach Tinus van Teunenbroek. You can see where they got confused. 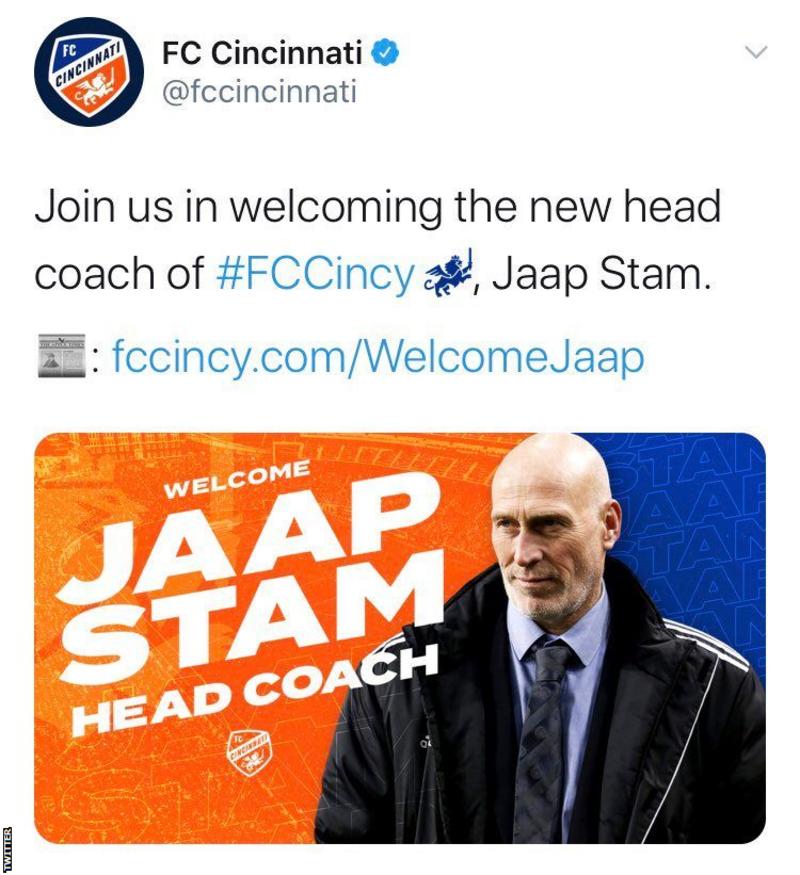 It was not the first time Van Teunenbroek has been mistaken for Stam, however. He told Fox News: “I heard about the incident through a mother of a former pupil of mine. Everyone now asks if I have made a transfer to America.

“I have once been mistaken for Jaap Stam in Ajax Showtime [an Ajax website] by Ajax itself. It happens to me more often, such as on vacation, that people shout: ‘Hey, that’s Jaap Stam!”’

Twitter, of course, loved it, with other MLS clubs welcoming Stam with photos of other bald celebrities.

It was Bruce Willis for the San Jose Earthquakes, Vin Diesel for Minnesota United and Mike Myers’ Dr. Evil character for the Vancouver Whitecaps.

Fortunately, Cincinnati saw the funny side, eventually deleting the original tweet and posting another with a photo of their “actual new head coach”.

Former Manchester United and Netherlands centre-back Stam, 47, has been appointed manager of the club until December 2021, with the option of another year.

“For myself, to get the opportunity to work in America and to work in MLS for a club like FC Cincinnati, it’s a dream,” Stam said.