JENA SIMS showed her cheeky side while on location with Sports Illustrated Swimsuit for a golf-themed photoshoot.

The American actress shared behind-the-scenes photos on her Instagram story of herself in one of her own One One Swim brand bikinis at the Tampa Palms Golf and Country Club. 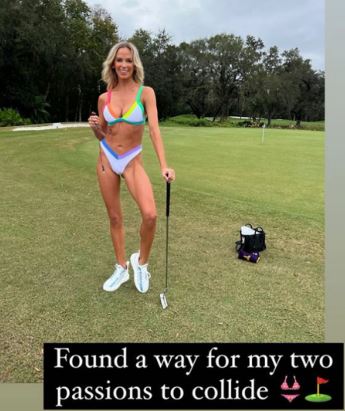 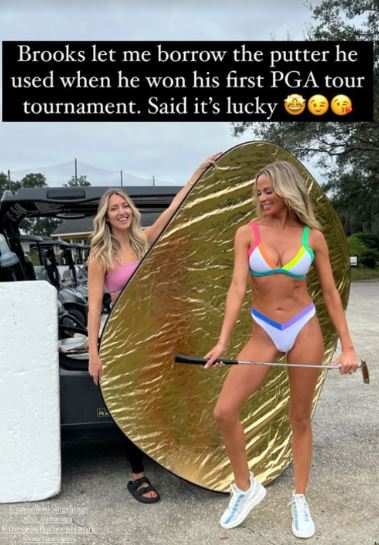 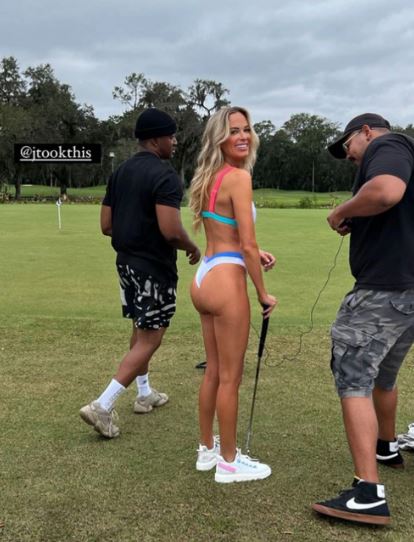 She wrote on one of the clips: "Having zero fun shooting my @si_swimsuit video."

Sims was joined by SI Swimsuit model Summer Wilson and was also pictured holding a putter that she had borrowed from Brooks Koepka.

The 33-year-old tied the knot with former golf world No1 Koepka in June having dated since 2017.

Writing on that picture, she said: “Brooks let me borrow the putter he used when he won his first PGA tour tournament. 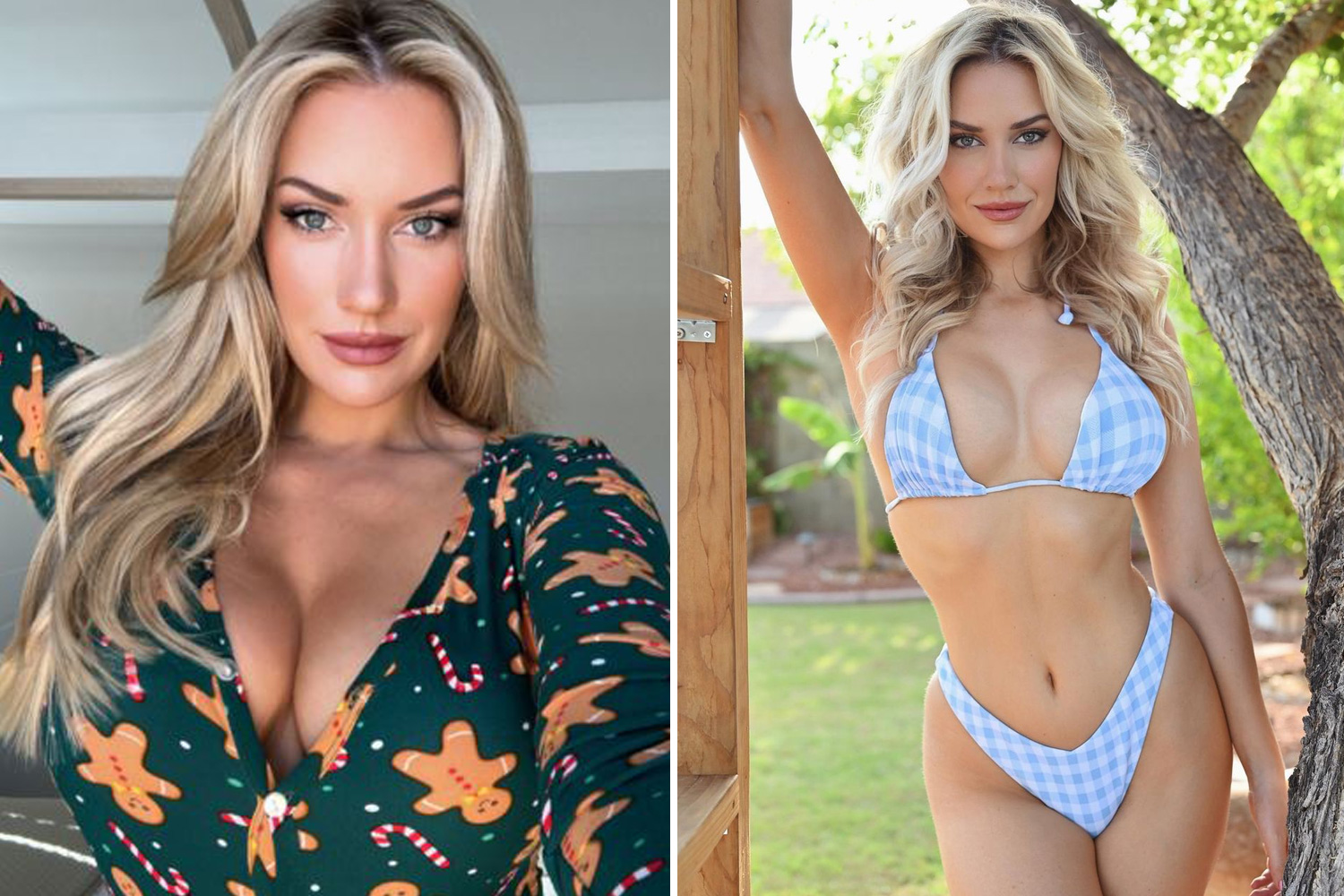 In another post, she said that the incorporation of golf and swimwear was the perfect way “for my two passions to collide.”

She also added that she lifts heavy weights and eats clean, but does not do cardio workouts.

Earlier this year in June, She applied via video for the Sports Illustrated Swim Search casting call as she hoped to land her "dream job".

She started the 60-second video with a statement that she is “a firm believer in going after what you want", as she referenced how she slid into her now husband Koepka's direct messages.

Last month the pair went to a welcome party at LIV nightclub in Miami at which LIV Golf held a tournament.

Koepka, 32, is the captain of LIV Golf’s Smash GC team. 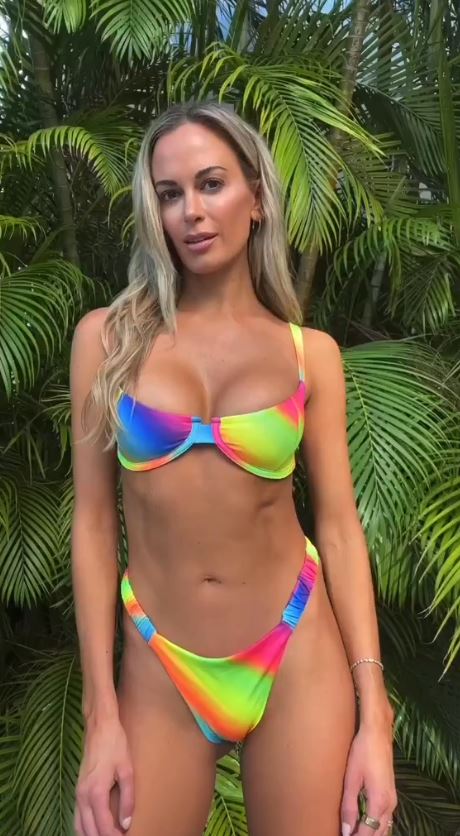 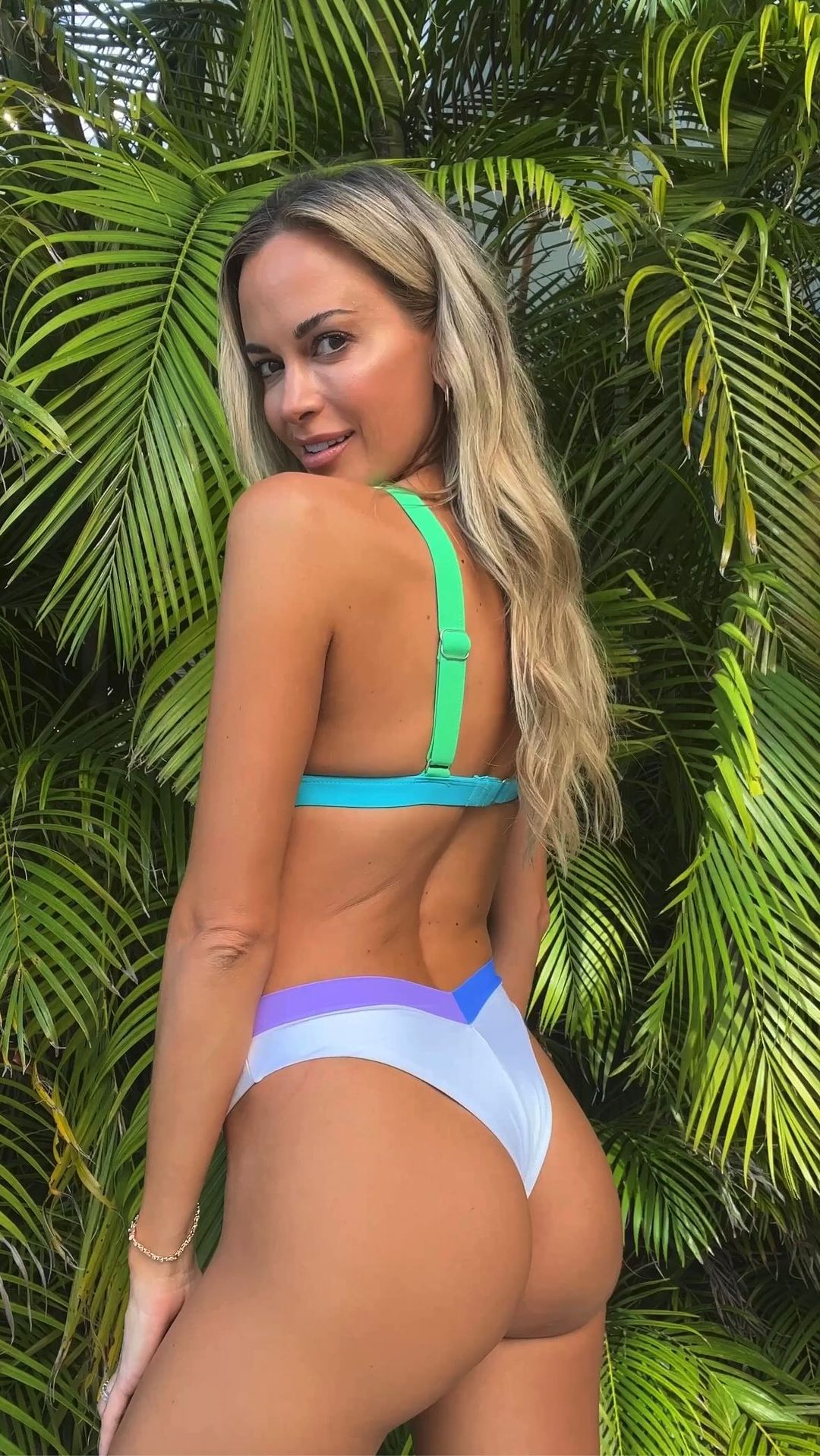 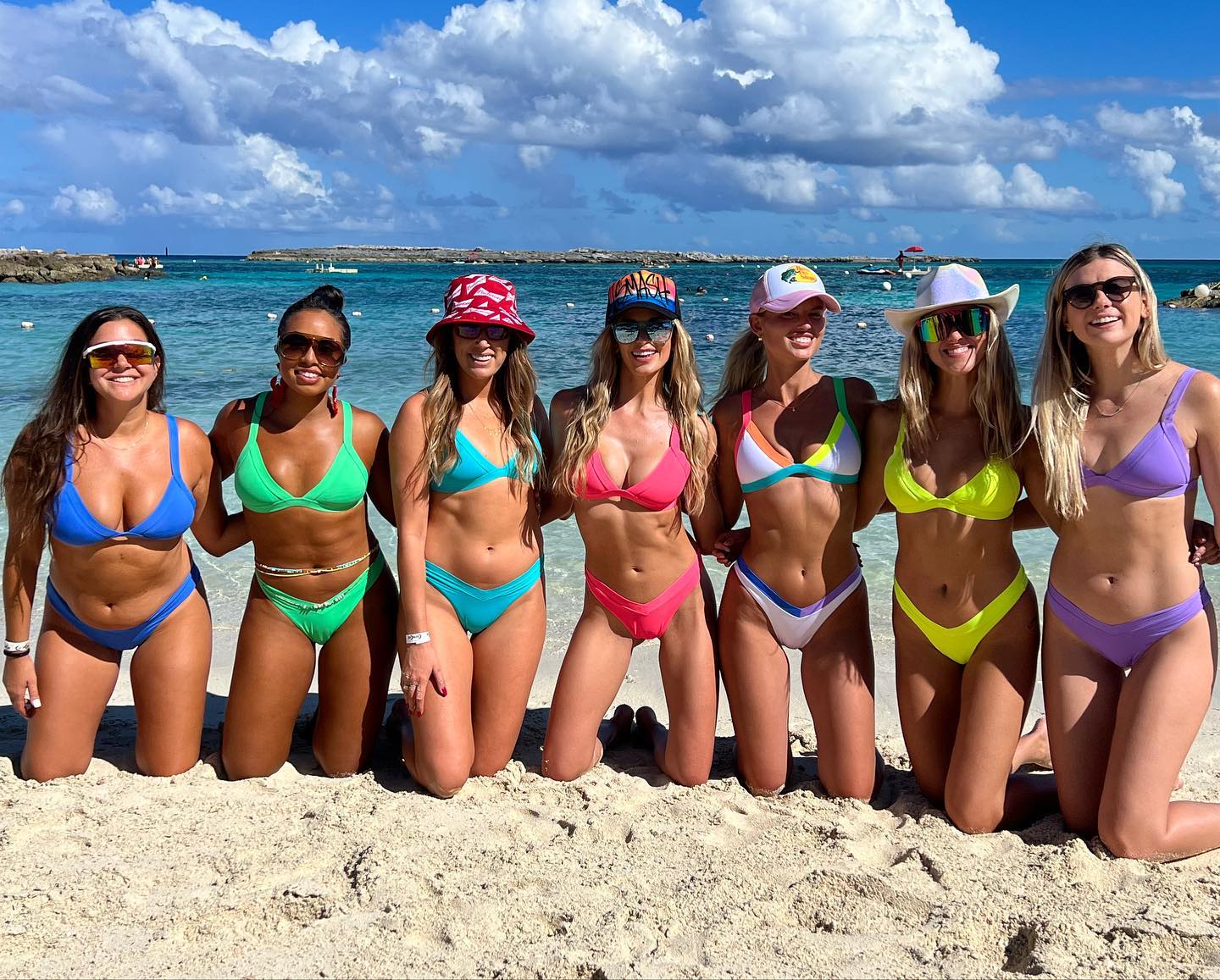