A JOCKEY who was confined to a wheelchair after a catastrophic fall is nearing an incredible racing return.

Andrew Adkins suffered serious damage in a horror accident last July and was told he faced 12 months out. 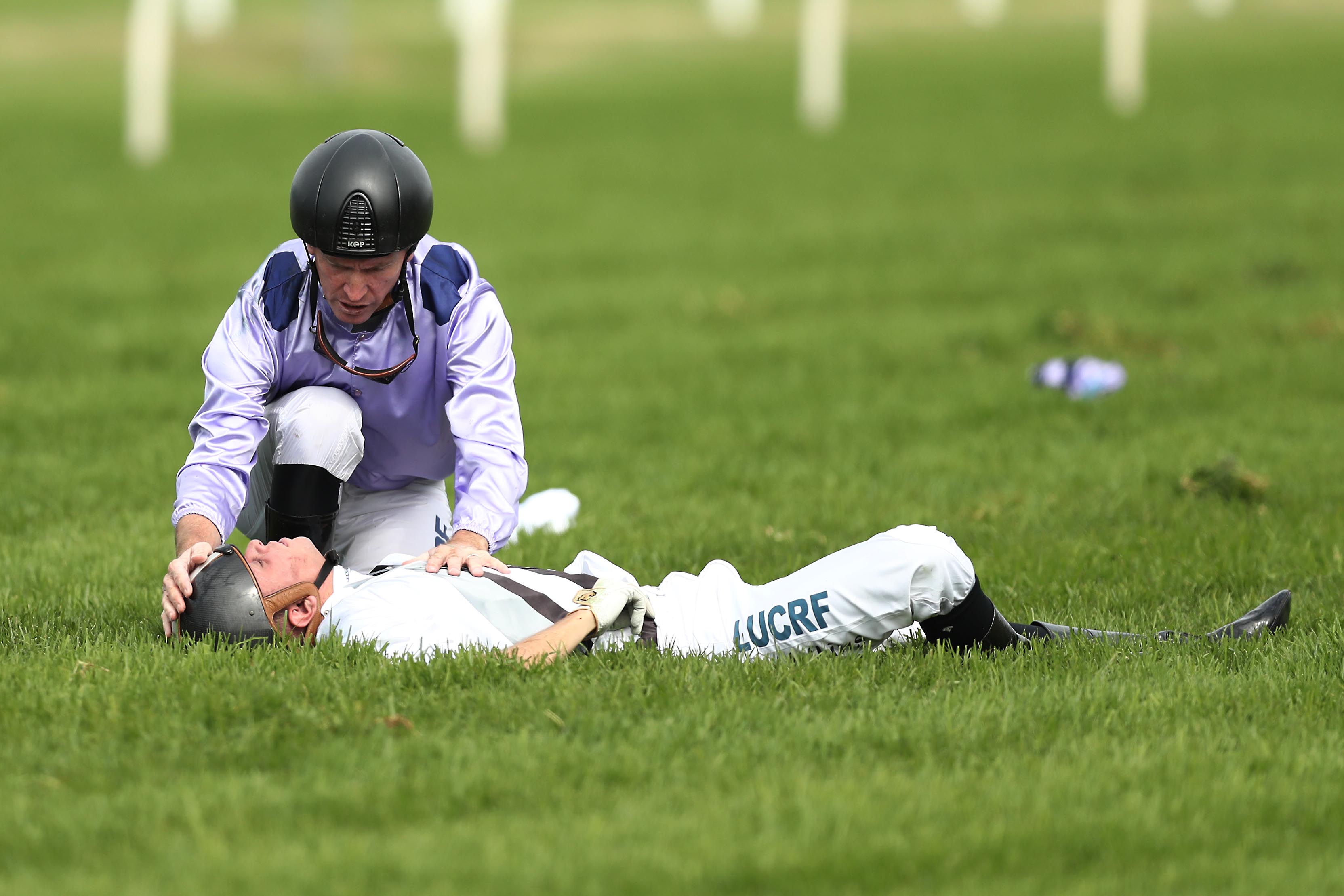 Other jockeys were so concerned for his well being they rushed back to the scene after the race had finished.

Paddy Power: New customers only. Place your FIRST bet on any sportsbook market and if it loses we will refund your stake in CASH. Max refund for this offer is £20. Only deposits made using Cards or Apple Pay will qualify for this promotion. T&Cs apply. Paddy's Rewards Club: Get a £10 free bet when you place 5x bets of £10+. T&Cs apply. 18+ Begambleaware.org

Adkins broke his leg in four places, collarbone, eight ribs and suffered a punctured lung in a controversial incident that saw a rival jockey banned and Adkins' mount fatally injured.

The 23-year-old spent more than two weeks in hospital and has been in rehab for months in a bid to recover fully.

Harrowing hospital footage showed Adkins having to be helped to stand up on his first day of physio last July.

The following month Adkins spoke of his mum pushing him along in his wheelchair during what he jokingly called 'day release'.

That he needed help getting round was no surprise given how broken his body was from the fall at Rosehill, Australia.

Describing his injuries, Adkins, who has won more than £8million in his career, said: "I've got a few breaks in my leg, I've had the tibia [shinbone] broken and had an operation to have a rod placed in that from my knee to my ankle.

"My leg fracture was quite bad, it was a compound fracture and actually broke the skin. 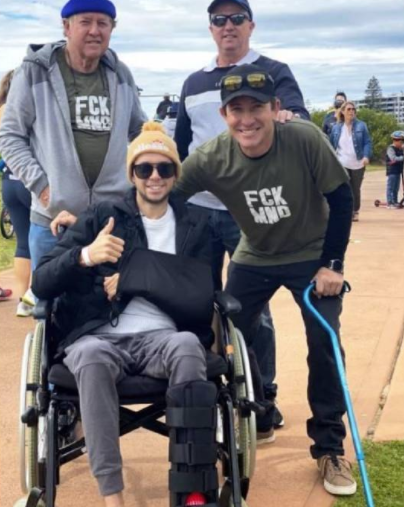 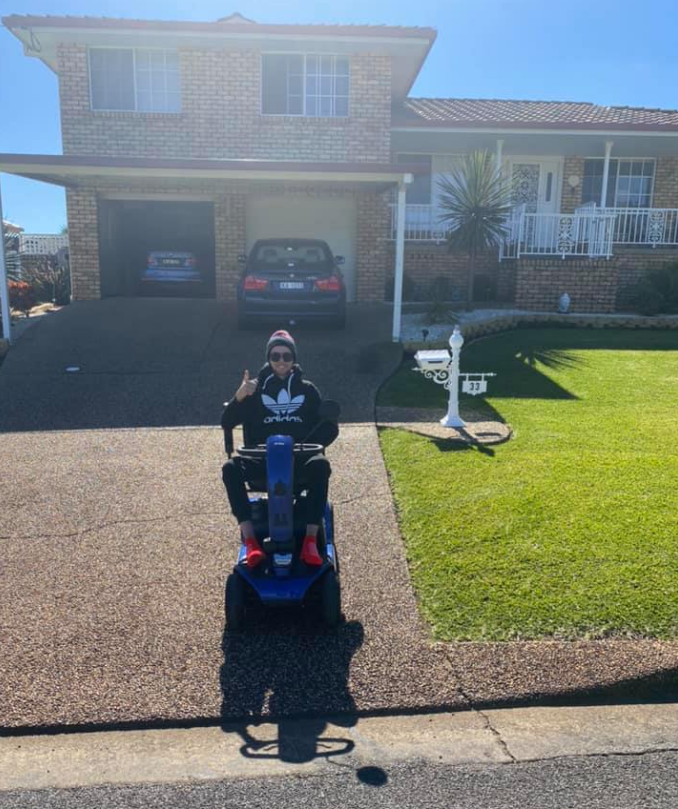 "It was pretty nasty but I'm happy to give it the time and let it get to full recovery before I make any decisions about getting back to work.

"I have seven or eight broken ribs and there's nothing they can do about that. I'll just let time heal them. I've broken my collarbone, had a plate and screws put in that.

"I've also had something wrong with my lung which had air in it or around it. I've had a tube in it to reduce pressure."

Adkins was warned it would be three months before he could put pressure on his leg again. 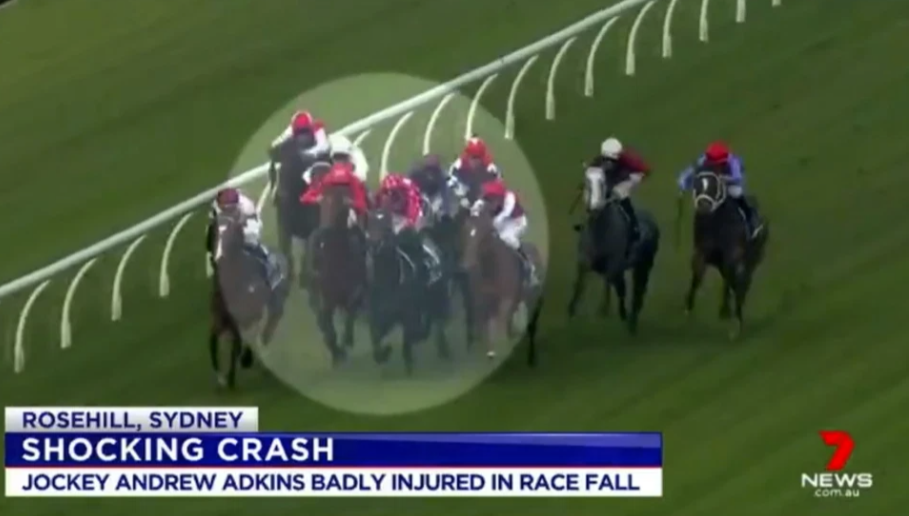 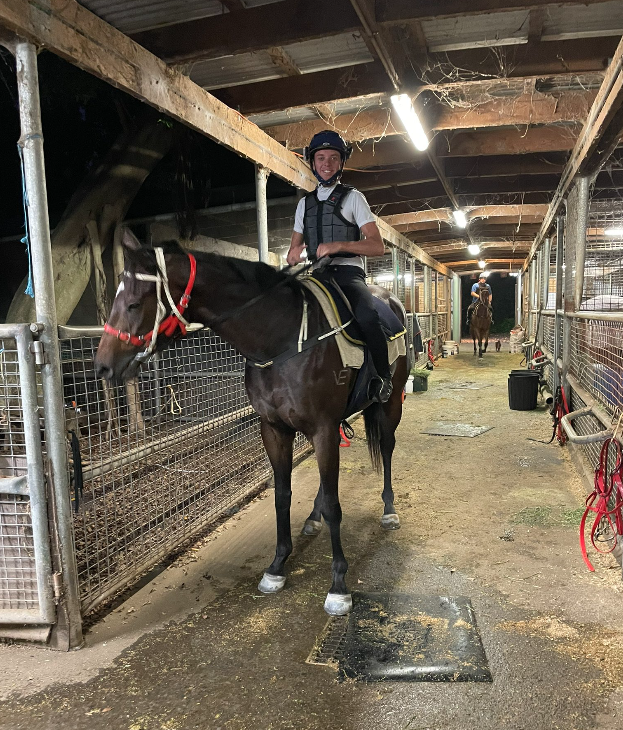 But just seven months on he is targeting a racing return in the next fortnight or so after hopping back in the saddle.

He said: "I’ve been at trackwork a bit over two weeks now and it feels like everything’s gone quick but during the time off it was such a long drag.

"I’m here now at the trials and that’s another little milestone and now can’t wait to get back to the races.

"I feel really good. My leg’s holding up good, the fitness needs a bit of work but we’ll get there.

"I’m just happy my leg feels strong and I felt strong in the saddle. I'm eager to get going again."

Jockey Hugh Bowman was banned for six months for his role in the incident and apologised to Adkins in a statement.