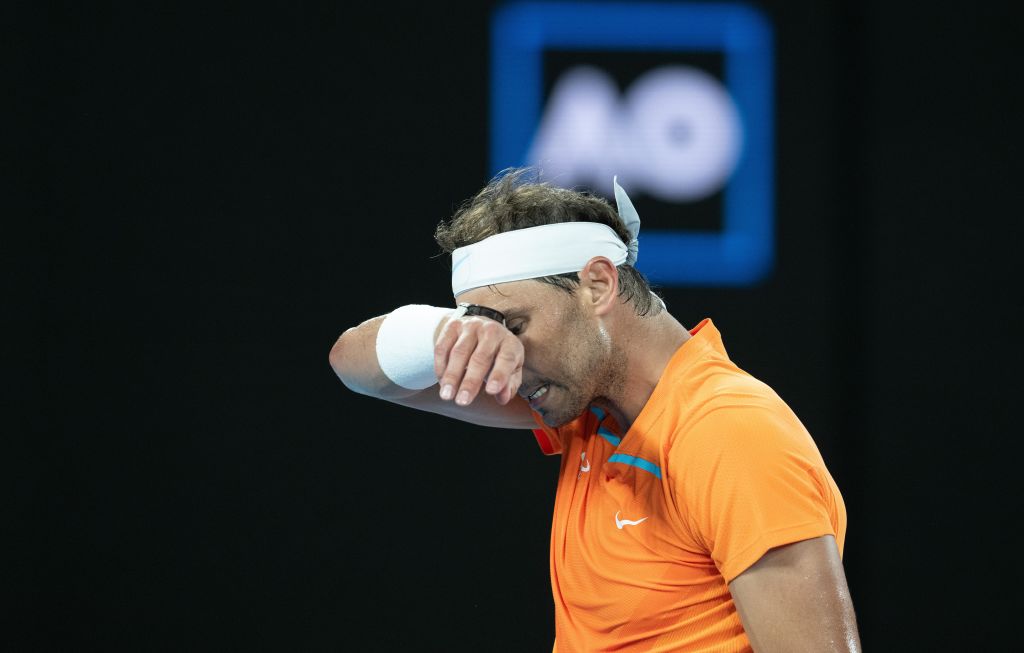 John McEnroe has provided a key update on ‘GOAT’ Rafael Nadal amid rumours the Spanish tennis legend may be about to retire from the sport.

Nadal is set to miss six to eight weeks after picking up a hip flexor injury during his shock second-round exit at the 2023 Australian Open and there have been some reports that the 22-time major winner may decide to rang up his racket.

The 36-year-old has been in horrific form and has only won two of his last nine matches – coming against world No.38 Jack Draper in the first round at Melbourne Park and a dead rubber against Casper Ruud at the ATP Finals.

Question marks remain over Nadal’s fitness and aging body and the world No.2 also became a father in October and is expected to spend less time on the ATP Tour than ever. He also said he was ‘mentally destroyed’ after his Melbourne exit.

‘Rafa, from what I’ve heard, wants to keep playing,’ McEnroe told Eurosport. ‘You know, he loves the competition, he loves the process, and he loves the sport and we love him for that.

‘But if the body doesn’t hold up and he feels like he can’t get to that type of level health-wise that he needs to, to win majors, then I think he’ll quit.

‘The question is, when is that? So it is as early as the French, it’s as late as playing two or three more years.

‘So that that would be what my guess would be at this present time. Obviously, Indian Wells would love to have him, as would anyone, any tournament would.

‘But at this age and after all he’s been through with his body, and now with this latest setback, it would surprise me if he played there.

‘My hope is he goes out when he wants to go out, not when we want him to go out. You are talking about a GOAT – greatest of all time – type of athlete.

‘You saw from Andy Murray that he doesn’t want to go out on injury-like terms, you know, he wants to go out on his terms when he’s healthy and competing.’