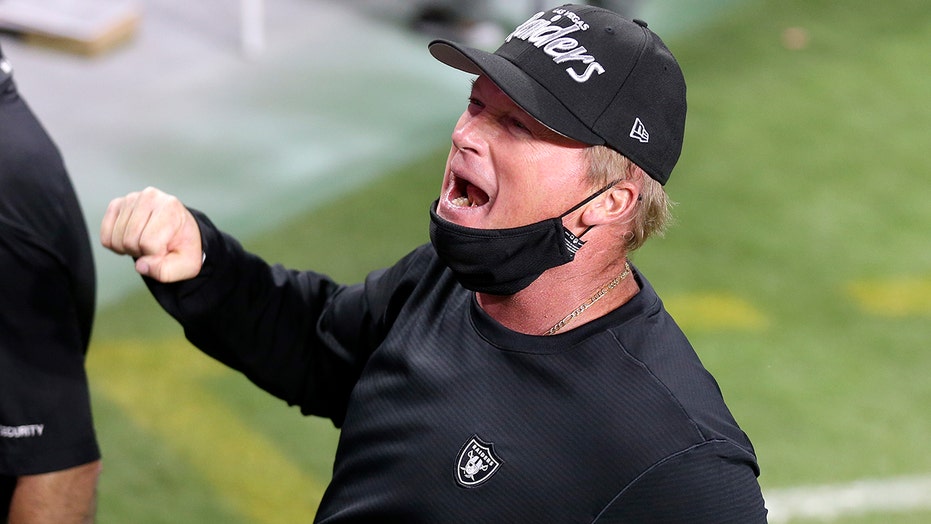 Gruden had the old hat on — a black cap with Oakland Raiders in white script. The veteran head coach appeared to have been told about the hat and changed it back to a Las Vegas Raiders cap at some point during the first half.

He addressed the hat situation after the team’s overtime loss to the Chargers.

"I apologize for not having the right hat on. Somebody played a pretty good trick on me," Gruden said.

The Raiders and Chargers battled it out in overtime. Las Vegas had a long first drive that ended in a field goal, and then the team just needed a defensive stop to win the game.

Chargers quarterback Justin Herbert had other plans as he threw a long pass to set up the game-winning series. Herbert would eventually run the ball into the end zone for the touchdown and the victory.

Gruden said he was proud of the way his team played.

"I’d like to say I’m really proud of our team. We lost a lot of men tonight and had a lot of men missing. [Marcus] Mariota came in and did a great job. It’s unfortunate we couldn’t find a way to win that game at the end, it’s on me," he said.

Mariota replaced starting quarterback Derek Carr, who left the game with a groin injury and did not return.