EVERTON are reportedly ready to sell Jordan Pickford this summer.

The Star claims Carlo Ancelotti is searching for a new No1 after failing to be convinced by the England stopper. 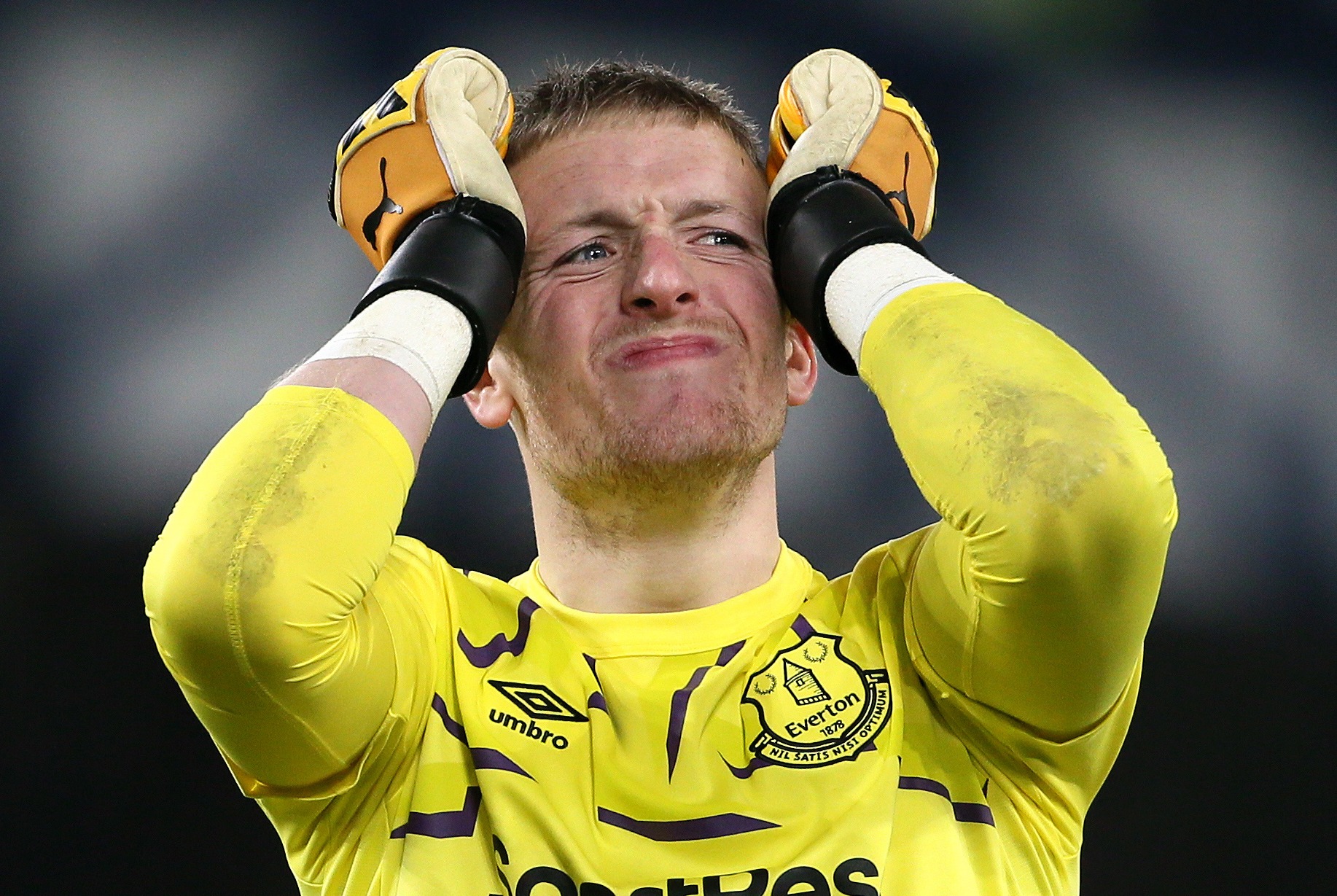 Pickford cost an initial £25million when he joined Everton from Sunderland in 2017.

Some good performances that season saw him become Gareth Southgate’s first-choice for the 2018 World Cup.

But Pickford has since been less-than-convincing for both club and country.

And it’s reckoned Ancelotti is ready to send him packing from Goodison Park due to concerns over concentration levels and consistency.

The report adds that Chelsea are monitoring Pickford’s situation as they look to dump record signing Kepa Arrizabalaga.

And Pickford’s troubles may not end there, with England boss Southgate also said to be lining up Dean Henderson or Nick Pope for his No1 shirt.

Despite being unwanted, Everton will see look to get a tasty fee for Pickford.

And that could be put towards a number of exciting signings, with SunSport exclusively revealing Ancelotti’s interest in £15m-rated Bournemouth striker Joshua King.

And there is interest in Real Madrid left-back Sergio Reguilon too.

However, Everton face a battle to sign David Brooks from the relegated Cherries with Spurs and West Ham also chasing the Welshman.