JOSE MOURINHO had a sore start to his Old Trafford return after Daniel James took out the ex-Manchester United boss.

Welshman James was battling for the ball with Spurs midfielder Harry Winks when he tumbled off the pitch. 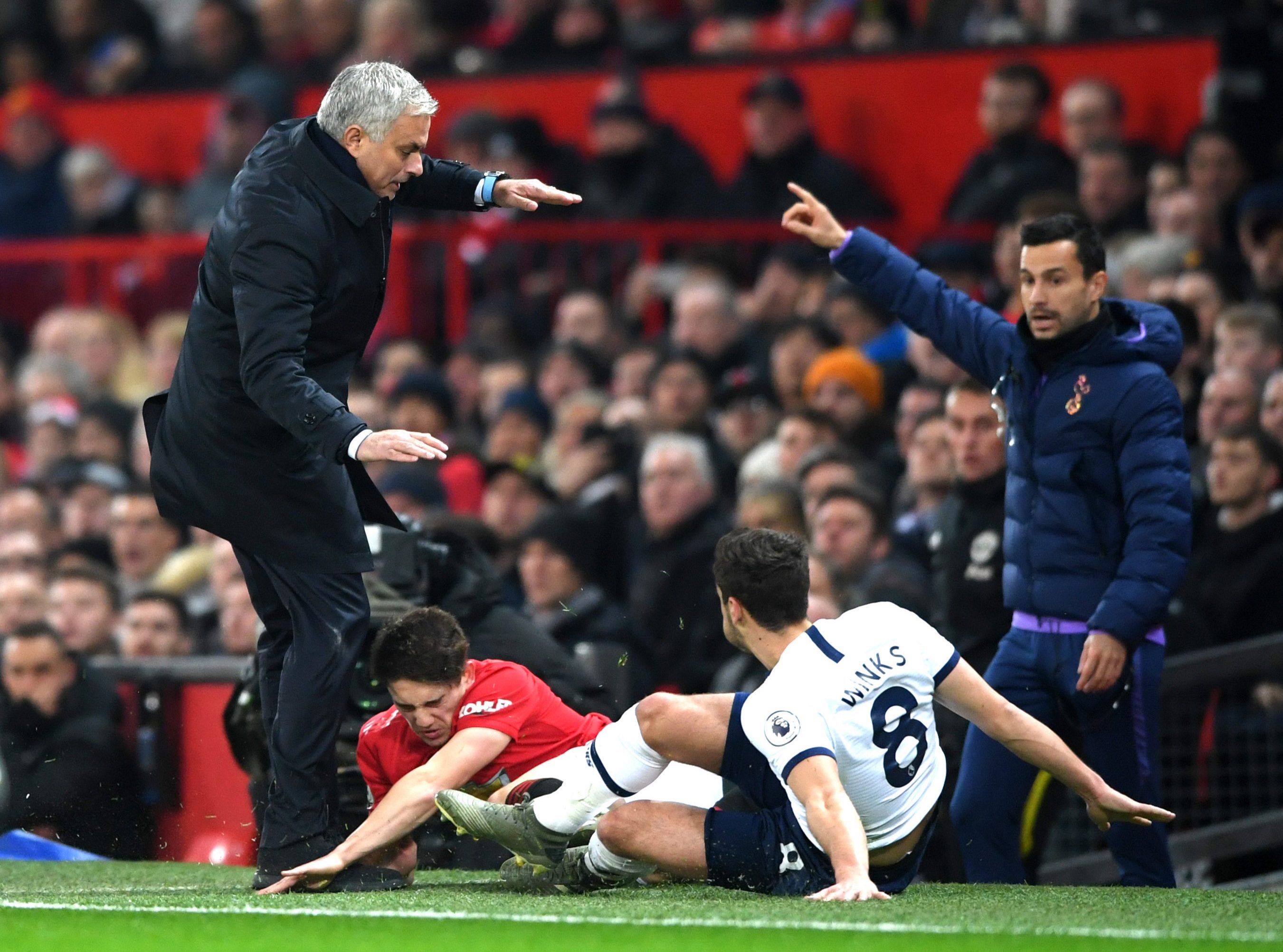 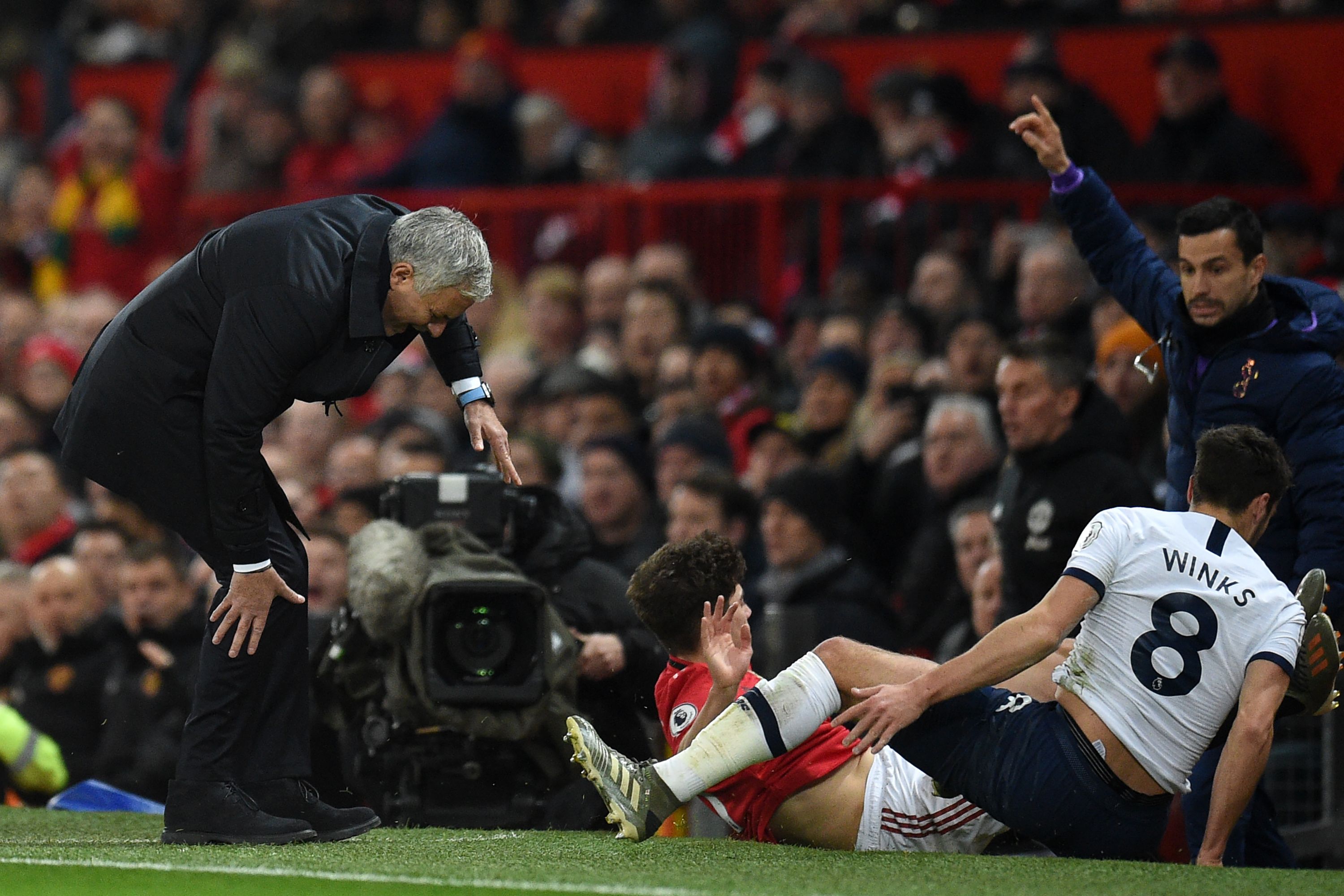 Mourinho did his best to avoid contact with the United wideman but ended up receiving an inadvertent headbutt.

A falling James went face first into the knee of Mourinho – who did well to remain on his feet.

It is the first time the ex-Chelsea boss is back in the dugout at Old Trafford since his sacking last season.

And fans online reckon James' tackle was "on behalf of us all" with The Special One returning as Spurs' manager.

One said: "Jose Mourinho being smashed into by a falling Daniel James is exactly the kind of thing #MUFC fans will love to see while 1-0 up at Old Trafford."

One added: "James giving Mourinho an ACL on behalf of us all."

The England forward cut in from the left and his low strike somehow beat replacement keeper Paulo Gazzaniga at his near post.

Mourinho's opening three games since replacing Mauricio Pochettino have all ended in wins – but faces his toughest task yet. 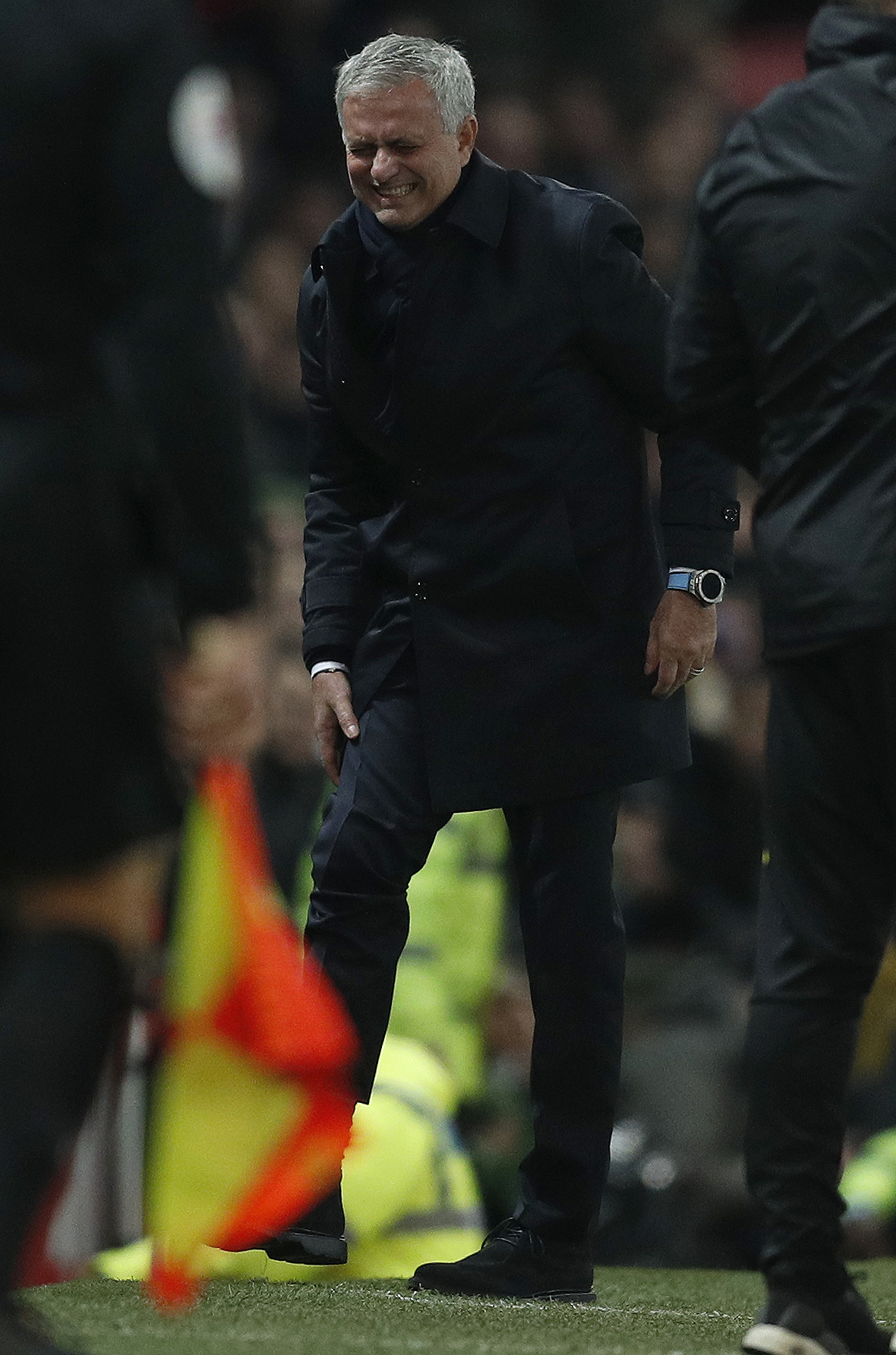